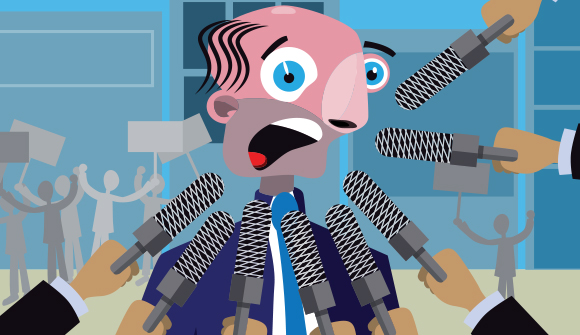 76% of Americans are living paycheck-to-paycheck … Roughly three-quarters of Americans are living paycheck-to paycheck, with little to no emergency savings, according to a survey released by Bankrate.com Monday. Fewer than one in four Americans have enough money in their savings account to cover at least six months of expenses, enough to help cushion the blow of a job loss, medical emergency or some other unexpected event, according to the survey of 1,000 adults. Meanwhile, 50% of those surveyed have less than a three-month cushion and 27% had no savings at all. – CNN

Dominant Social Theme: The lack of US savings is really terrible. People have no discipline.

Free-Market Analysis: We're not surprised by these terrible statistics but we are surprised by the article excerpted above. It should be evident by now even to the general public that the savings rate is low because the system doesn't support savings.

When interest rates are so low they are almost negative, when the stock market plunges by half, frightening people out of equities, when debt instruments pay almost nothing, when perhaps 25 percent of workers are unemployed, when the black market is said to be trillions … how can people save?

It's simply not possible for most people. They are far too frightened of losing their jobs to "invest." Most likely want to live with as many liquid assets as possible, based on what is happening around them.

But that is not the way CNN sees it. The article expresses "disappointment" as follows:

"It's disappointing," said Greg McBride, Bankrate.com's senior financial analyst. "Nothing helps you sleep better at night than knowing you have money tucked away. Even more disappointing; The savings rates have barely changed over the past three years, even though a larger percentage of consumers report an increase in job security, a higher net worth and an overall better financial situation.

How can such articles be written and published in the second decade of the 21st century? There is no mystery about what has happened to the US's so-called middle class. It has been decimated by financial policies deliberately put in place by political, corporate and banking elites.

The scale of the damage is vast and to write a squib of an article observing only that many are impoverished or "living paycheck to paycheck" indicates either a terminal lack of curiosity or a deliberate attempt to confuse the issue.

Because it is CNN, we kind of figure it is the latter. CNN bills itself as an unbiased news network, but surely the decimation of the average worker's estate is worth investigating. Instead, we get only a tepid glance that results in the observation that individual savers are at fault for their lack of monetary muscle.

This particular impulse can be found elsewhere, as well. People in the West and especially in the US are blamed for a moral degeneration, for lack of a work ethic and other manifold faults. But when one looks at how society is constructed it becomes clear that there is more at work than individual sloppiness.

Much of what influences society today is generated by socio-political trends, often triggered by legislation. The legislation is presented as having good intentions but the results are too often divisive. Political parties themselves are divisive and tend to polarize debate.

What the CNN article should have observed but did not is that nothing is going to change until "inputs" change. And if the article's author really wanted to explore some significant issues, that author might have taken the time to explore why legislation has had such significantly bad results.

Always, the mainstream media seems to want to blame citizens for divisive and destructive policies. Such articles are not insightful and are only helpful because they help us chart the decline of Western journalism.