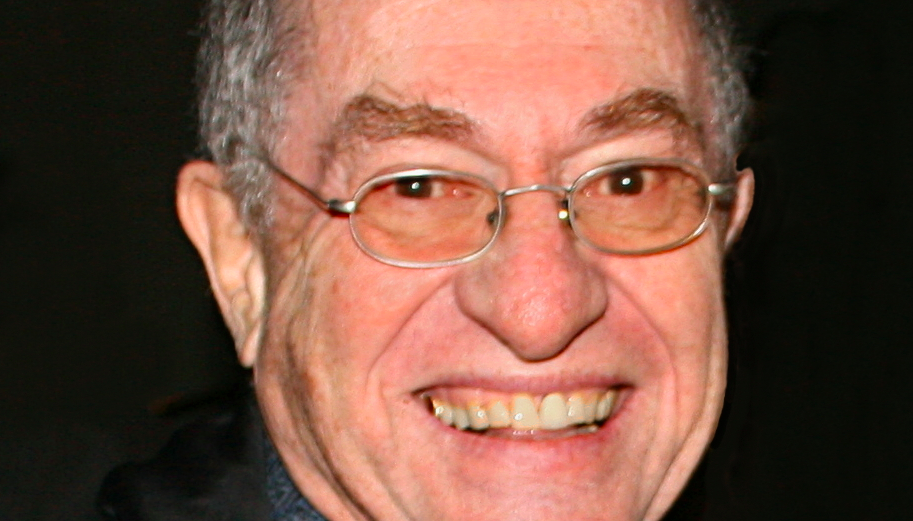 We got a little glimpse into the deep state elite lineup before they managed to sweep it under rug.

But we shouldn’t forget who was associated with the well-known child sex trafficker, Jeffrey Epstein.

One of those people was Alan Dershowitz. He is a Harvard Law School professor and high-profile defense lawyer.

He helped get Jeffrey Epstein out of his first charges of sexual abuse against underage girls back in 2005.

-Alan Dershowitz met Jeffrey Epstein in 1996 and flew with him to a party thrown by Epstein’s most prominent (only?) wealth management client, billionaire Les Wexner.

-In 2005, Dershowitz arranged a cushy “non-prosecution agreement” that allowed Epstein to serve only 13 months in prison for sexually abusing underage girls. Epstein was allowed on a work-release program which meant he could spend most of his time “in prison” outside of prison, in his nearby office.

-Alan Dershowitz is accused by a known victim of Epstein’s of also sexually abusing her. She claims she was told to have sex with Dershowitz at least six times as a 17-year-old, on Epstein’s plane, on Epstein’s island, and in Epstein’s Florida home.

-In the 1970’s Dershowitz allegedly beat his first wife, Sue Barlach, so badly that she required hospitalization. She had discovered him having an affair and threw some of his legal documents into the street, which precipitated the attack.

-After the divorce, Dershowitz took custody of their kids, and Sue Barlach died in an apparent suicide. She may have jumped off the Brooklyn Bridge. Her body was pulled from the East River in 1983.

This is just a basic summary. The more you look into the guy, the sketchier he gets.

But now that we know the type of person we are talking about, let’s get into Dershowitz’s latest remarks on vaccinations.

And if you refuse to be vaccinated, the state has the power to literally take you to a doctor’s office and plunge a needle into your arm.

He conceded that you have the right to make your own medical decisions when it comes to non-contagious diseases. But the fact that something is contagious means your rights go out the window.

Of course, Dershowitz’s sketchy past doesn’t automatically mean he is wrong about everything he thinks.

But it does make you wonder when obvious members of the deep state shadow government elite start championing mandatory vaccines.

And don’t mistake this for an anti-vaccine sentiment in general.

I don’t care about the arguments for or against vaccines. Arguing against forced vaccination has absolutely nothing to do with their effectiveness or potential harm.

It has everything to do with an individual’s control over his or her own body– also known as consent.

According to the elite, you have no right to earn a living, run a business, or exercise any other basic freedoms if the government arbitrarily decides a particular virus floating around is bad enough.

Because that’s really the issue right? This is not a disease with a 50% kill rate.

And if it was, Dershowitz’s argument might hold some water.

But the burden of proof would still have to rest on the government to prove that forcing a vaccine on you was akin to restraining a man pointing a loaded gun into a crowd.

If the government was to attempt forced vaccination, it should abide by the same legal standards of due process and the rights of the accused. They would have to accuse unvaccinated people of a crime– threatening to infect others through negligence.

Otherwise, they have absolutely no legal authority–they always have their guns–to do so.

The problem is first, that the government is not infallible.

The government has been wrong time and time again–not just in regards to healthcare–and caused great harm with their allegedly good intentions.

And of course, the second problem is that the government does not deserve to be trusted. Trust is earned by having been trustworthy in the past.

This is a government that, under the guise of giving free medical care, observed black men die of syphilis.  The government didn’t tell them they had syphilis because the Tuskegee syphilis experiment was to watch the horrific progression of the untreated disease. This went on until 1972.

This is a government that has lied about the reasons for going to war, lied about unconstitutional surveillance on American citizens, and lied about too many coverups to count.

Oh, and then there’s the whole pedophile-child-sex-trafficking-ring involving top government officials, which has been swept under the rug since Epstein “committed suicide” in federal prison, while the guards, oops! weren’t watching and the video surveillance, oops! went missing.

There is no trust because the government has lost the trust with corruption, incompetence, and downright evil.

And it is not insignificant that the cheerleader for forced vaccinations here is part of the downright evil camp.