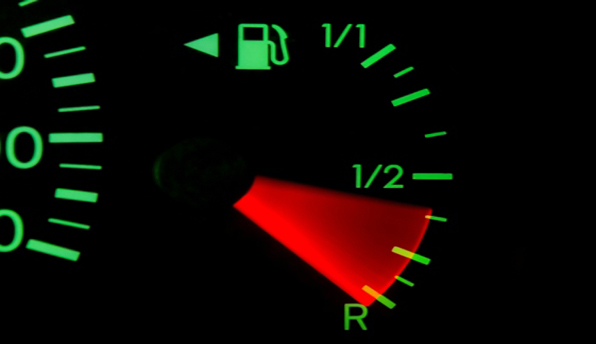 Fossil industry is the subprime danger of this cycle … The cumulative blitz on energy exploration and production over the past six years has been $5.4 trillion, yet little has come of it … Oil and gas investment in the US has soared to $200bn a year … The epicentre of irrational behaviour across global markets has moved to the fossil fuel complex of oil, gas and coal. This is where investors have been throwing the most good money after bad. They are likely to be left holding a clutch of worthless projects as renewable technology sweeps in below radar, and the Washington-Beijing axis embraces a greener agenda. – UK Telegraph

Dominant Social Theme: Oil and gas are on the way out.

Free-Market Analysis: Anthony Evans-Pritchard has made a bold statement in the pages of the UK Telegraph, the newspaper he writes for: He is predicting the eventual implosion of the oil and gas industry.

Of course, green-energy types have been predicting the end of oil and gas for decades – without a very good track record. In fact, with the advent of fracking, the US has become the largest producer of oil and gas in the world. That actually happened in 2010 but the enhancement of reserves via fracking continues.

Here's how BusinessDay puts it:

U.S. production of crude oil, along with liquids separated from natural gas, surpassed all other countries this year with daily output exceeding 11 million barrels in the first quarter, the bank said in a weekend report. The country became the world's largest natural gas producer in 2010.

The International Energy Agency said in June that the U.S. was the biggest producer of oil and natural gas liquids. "The U.S. increase in supply is a very meaningful chunk of oil," Francisco Blanch, the bank's head of commodities research, said. "The shale boom is playing a key role in the U.S. recovery. If the U.S. didn't have this energy supply, prices at the pump would be completely unaffordable."

We can see from this last paragraph that fracking – for all of its controversies – has obviously helped raise US production in tangible ways.

We don't find this so hard to understand: In fact, we've written plenty of articles over the past decade pointing out that "peak oil" was a kind of economic oxymoron. Our take was that the market itself would generate options were the supply of oil and gas to really show depletion. One such option is fracking.

Evans-Pritchard is not so sure:

Data from Bank of America show that oil and gas investment in the US has soared to $200bn a year. It has reached 20pc of total US private fixed investment, the same share as home building.

The International Energy Agency (IEA) says global investment in fossil fuel supply doubled in real terms to $900bn from 2000 to 2008 as the boom gathered pace. It has since stabilised at a very high plateau, near $950bn last year.

… Even if the fossil companies navigate the next global downturn more or less intact, they are in the untenable position of booking vast assets that can never be burned without violating global accords on climate change. The IEA says that two-thirds of their reserves become fictional if there is a binding deal limit to CO2 levels to 450 particles per million (ppm), the maximum deemed necessary to stop the planet rising more than two degrees centigrade above pre-industrial levels.

… In any case, staggering gains in solar power – and soon battery storage as well – threatens to undercut the oil industry with lightning speed, perhaps in a race with cheap nuclear power from a coming generation of molten salt reactors.

Evans-Pritchard is a good and insightful writer for a mainstream journalist, but it seems to us these days he is under more and more pressure to present certain narratives and this is one of them.

We have no doubt that regulatory authorities worldwide will continue to make the cost of oil, gas and coal significantly higher. At the same time, we'd tend to believe that despite the rise in prices, so-called fossil fuels will remain attractive, especially compared to other options.

The influence of internationalism may color this article. In fact, the thrust of technology these days is to make things as big as possible and complex as possible.

The more complex the world, the less control the majority of people have over their own lives: That too is a globalist goal. Self-reliance is passé. The technocratic world is presented as the modern one.

Here's our response to this article: Oil and gas are not going away; solar power and wind will make advances but will not dominate, certainly not immediately.

The fall of oil and gas and the rise of alternatives has been predicted for a very long time. Don't believe the hype.