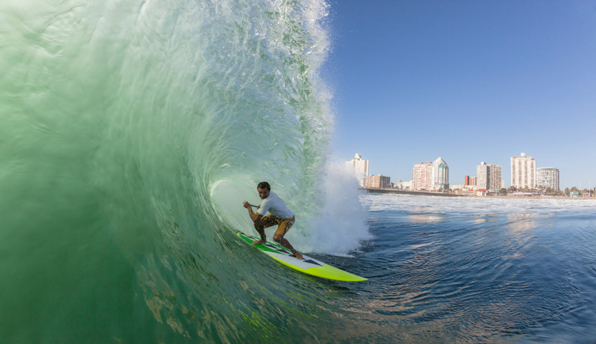 Free-Market Analysis: This article drums up the market.

It makes the point that equity market gains in the first four months have been more limited than at any time since 2009 — "just 1.6 percent on the S&P 500." At the same time, bonds have done much better.

It's time to sell, right? Not so fast.

As we've long pointed out, there's a Wall Street Party going on. And that means that the mainstream media urges you to buy when stocks are up and when stocks are down. And now that markets have eked out relatively unimpressive gains over the first four months of the year … it's time to buy!

Here's how the article puts it:

The once-in-a generation divergence suggests that this could be an ideal time to rebalance portfolios by buying equities and selling bonds — the opposite of the strategy that has worked every May since 2010. It may finally be time for stock-market investors to forget their seasonal habits and "Buy in May."

Stocks have done poorly, so buy. That's the message of this editorial.

Not only did the April employment gain of 288,000 comfortably exceed Wall Street expectations, but upward revisions to three previous job reports strongly suggested that the U.S. economy's slump around the new year, which caused a brief market panic in January, was just a weather-related aberration whose impact diminished steadily through the winter.

Better still, the good news on job growth was neatly counterbalanced by some softer figures in the payroll report on wages. This allowed Federal Reserve Board Chairwoman Janet Yellen to reassure the markets in her congressional testimony Wednesday that there is no prospect of early monetary tightening — despite the fall in unemployment to just 6.3 percent, the lowest level since Lehman Brothers went bankrupt in September 2008.

Despite all this good news, however, Wall Street closed down on Friday. More significantly, long-term interest rates, which generally move in the same direction as economic expectations, fell sharply, with the 30-year U.S. Treasury yield plunging to its lowest level since last June.

According to the article, Wall Street is behaving badly. It "smells a rat" when there isn't one. The economic outlook is positively rosy:

Valuations on Wall Street are still well within historic ranges, as Yellen pointed out on Wednesday, while stock markets elsewhere are generally cheaper than in the United States. Such valuations would only be dangerously unsustainable if interest rates were rising or if global growth were slowing, instead of speeding up.

Indeed, looking back at the four "sell in May" corrections since 2010, all have been triggered by sudden scares about a U.S. growth slowdown. Once these growth panics subsided, the corrections sharply reversed. The big difference this year is that a U.S. growth scare has already happened, and all leading indicators suggest accelerating activity in the next few months.

The statistics are ginned up. The volume is phony. But, just as importantly, it's clear the drumming continues to be relentless.

And sometimes the trend is your friend.

The international elites want "Dow 20,000" in the worst way, or so it seems. Dow 20,000 wipes away a multitude of sins. The alternative media will have a harder time finding traction when the Dow is at 20,000. After all, how can one complain about jobs or central banking missteps when equity valuations are increasingly glorious?

There's more, of course. Lots of green ventures are clogging the IPO conduit, and the power elite wants those carbon companies valued. Trading them provides implicit valuations. If they are being backed on the Big Board they are surely valuable, even if they're not.

In the face of much skepticism, we've kept reminding readers that this market has longer to run and that there are ways to approach it that can be advantageous.

And on Friday, there was a record close, as Reuters explains:

The Dow ended at a record high on Friday, boosted by IBM, while a rebound in high-growth momentum names helped the broader market. Consumer discretionary shares also lifted the market, with the stock of Gap Inc (GPS.N) up 3.3 percent at $40.52 after the apparel retailer reported upbeat April sales and gave a profit forecast that surpassed Wall Street's expectations. The S&P consumer discretionary index .SPLRCD was up 0.6 percent.

The gains came after a volatile week … The S&P 500 has alternated between gains and losses each day this week, and the Nasdaq has dropped for three straight sessions – its longest losing streak since early April – as Internet-related stocks came under pressure.

We're not naïve: We don't think for a moment that markets are being driven by the so-called recovery that the US is supposedly experiencing. Western markets are still in the grip of the golden bull, and gold and silver have yet to make a definitive upward ascension and subsequent top.

Equities are being manipulated up, in our opinion. Equities have been abnormal for decades, but this time the manipulation is blatant. Gold is shoved down; equities are drummed up. There is always a reason to buy, as we can see from this Reuters editorial.

But sometimes, yes … the trend is indeed your friend. This market isn't stopping anytime soon, from what we can tell. And there are ways to take advantage of it via private companies and certain public offerings.

The trick will be to detach before the inevitable implosion. Seems to us that the higher the market will go, the farther it will fall. And at the bottom, the internationalists will suggest – and provide – a far more globalist system featuring a single basket of currencies, a global central bank, etc.

The manipulation is going to take place on both sides. So … ride the wave. But be careful.