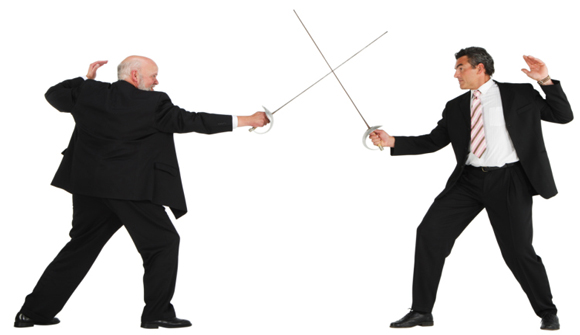 A heartless Conservative Government was elected, Labour was defeated in Scotland and the rise of ISIS has been remorseless … Yet there are still some hopeful signs for the year ahead. Axeman George Osborne has been forced to drop some of the harshest measures he wanted to introduce, including slashing benefits for the low-paid and poor, and decimating the police, while a global deal has been agreed for combating climate change. So we can still hope for peace and more humanity in 2016. On that more cheerful note, we wish you and yours a Happy New Year. – UK Mirror

Dominant Social Theme: Things are bad but getting better thanks to various statist interventions.

Free-Market Analysis: We are sure over the next few days that the media will be filled with clamorous predictions of doom and gloom. But like this Mirror article, we will also be exposed to solutions, mostly featuring the very largest technocratic efforts.

All the paraphernalia of the modern state will be trotted out to remind us that as bad as things have gotten, tomorrow will be a better day thanks to the bureaucrats of the EU, Washington DC etc.

What will be avoided is that most if not all of the major threats that the world faces have been manufactured or funded, at least to a degree, by those who now seek to reassure us that the solutions rest in the bosom of officialdom. More laws, more taxes, more regulations – all of these will be gravely expounded on with an eye toward making us realize that without bureaucracy we are nothing and can do nothing.

More from the Mirror:

The election of a heartless Conservative government hell-bent on taking apart many of the things which have made our country a beacon of tolerance, justice and compassion.

David Cameron's general election victory was as unexpected as it is proving desperate for the majority of the country … The Tories lost no time in using their new power to attack just about everything the British people hold dear – the NHS, the legal system, the Armed Forces, social care, council services and the police.

Please note that almost everything on the Mirror's list involves some sort of coercion and each facility dines at the public trough. The NHS is so bad that there are serious discussions about scrapping it altogether. Council services make life miserable for millions.

Fortunately, there are those who see it another way – and many of these points of view are reflected these days in the alternative media, some that straddle the boundary between the two medias and nonetheless can provide us with accurate or at least insightful information.

One such is the conservative pundit Patrick Buchanan and in one of his last performances of 2015, he has written an article that asks the provocative question, "Is the West Disintegrating?"

Here's an excerpt explaining his concern:

On Jan. 1, 2002, the day that euro coins and banknotes entered into circulation, my column, "Say Goodbye to the Mother Continent," contained this pessimistic prognosis: "This European superstate will not endure, but break apart on the barrier reef of nationalism. For when the hard times come, patriots will recapture control of their national destinies from Brussels bureaucrats to whom no one will ever give loyalty or love."

… My prediction that European "patriots will recapture control of their national destinies," looks even more probable today … The movement toward deeper European integration appears to have halted, and gone into reverse, as the EU seems to be unraveling along ideological, national, tribal and historic lines. If these trends continue, and they seem to have accelerated in 2015, the idea of a United States of Europe dies, and with it the EU.

… And this raises a question about the most successful economic and political union in history — the USA. How does an increasingly multiracial, multiethnic, multilingual, multicultural United States avoid the fate to which Europe appears to be headed … Are our own political and racial divisions disappearing, or do they, too, seem to be deepening?

It is the immigration issue above all that may cause the EU to founder and ultimately fail, as Buchanan observes elsewhere in the article. Of course, you will not learn from Buchanan that much of the immigration is likely planned by Brussels and others in the West to fracture the tribal solidarity of EU nation-states and thus make the process of further integration more convenient. But perhaps to explain the history of the current terror movements would overly complicate his current theme.

Patrick Buchanan's predictions for the EU are similar to our own, and may yet be realized – and thus backfire on too-clever EU elites. The Mirror article, on the other hand, offers muddled observations and even though many of the problems of the world can be attributed to authority run amuck, the article only suggests more of the same to make things better.

From our perspective, voices like Buchanan's – accompanied by those that are frankly situated in the alternative media – are continually and successfully combating the larger narrative. It is one reason why countries like China and Great Britain and even Canada are trying to figure out ways to silence the alternative media without being perceived as censors.

In the long term we believe the divide between the mainstream media and the alternative media will continue to grow. It is too powerful to shut down quickly. And as the memes promoted by the mainstream media become more questionable, the elite's sociopolitical and economic edifice will be battered by a loss of credibility.

Those who tend to be pessimistic about the state of the world should contemplate the paradigm shift that is now taking place. Much of what the alternative media has predicted is rooted in reality. And as Buchanan observes, the world is undergoing a series of secessions.

Yes, we should be optimistic, for devolution is not a bad thing at all. And thus there are powerful bright spots illuminating the gloom of the current era. They are just not the ones that the Mirror lists.