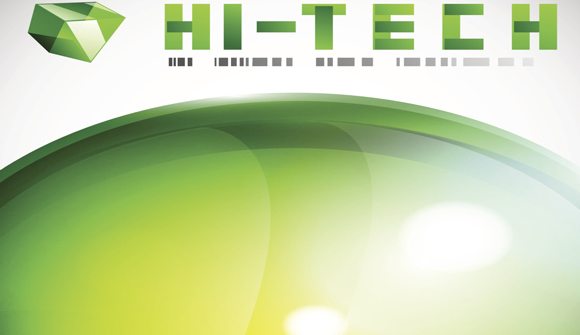 Frothy.com … A new tech bubble seems to be inflating. But when it pops, it should cause less damage than the dotcom crash of 2000 … In December, 15 years ago the dotcom crash was a few weeks away. Veterans of that fiasco may notice some familiar warning signs this festive season … Janet Yellen, the head of the Federal Reserve, has warned that social-media firms are overvalued—and has been largely ignored, just as her predecessor Alan Greenspan was when he urged caution in 1999. Good corporate governance is, once again, for wimps. Shares in Alibaba, a Chinese internet giant that listed in New York in September using a Byzantine legal structure, have risen by 58%. Executives at startups, such as Uber, a taxi-hailing service, exhibit a mighty hubris. – Economist

Dominant Social Theme: Well, okay, we've got a tech bubble going again but it won't be a bad one like last time.

Free-Market Analysis: The tech bubble of 2000 led directly to the crisis of 2008 because after 2000 central banks radically dropped rates and began to swell the monetary base.

And now they are doing it again. There was, of course, a bobble when Ben Bernanke raised rates and we've often quoted a Forbes article accusing him for one reason or another of wanting to invert the yield curve in the mid 2000s …

But that sort of manipulation brings up other issues that we won't directly address here. What IS clear is bad enough. Central banking creates asset bubbles as a matter of course.

And as we pointed out yesterday, there is no "normal" economy when central banks are blowing bubbles. There are only various levels of monetary expansion.

The economy IS a bubble as we attempt to navigate our way through this unheard of experiment. Never has mankind faced a situation where a few good gray men control all or almost all of the money power.

Ben Bernanke can print US$16 trillion in a weekend apparently – and no human being on Earth has had such power in the past, not kings, not emperors, not dictators.

The Economist in its disingenuous way wants us to believe that the Western world is involved in a "recovery" and that such recoveries do include inconvenient asset bubbles.

But have no fear: THIS tech bubble won't be so bad as the last one. Or so we learn …

How do Economist writers and editors know this? Well, they don't, anymore than they know which bubble will be the first to collapse, setting off the mother of all downturns.

Yet judged by the financial yardsticks of the dotcom era there is as yet no bubble. The NASDAQ index of mainly technology stocks is valued at 23 times expected earnings versus over 100 times in 2000. That year Barron's, an investment magazine, published an analysis showing that 51 listed technology firms would run out of cash within a year. On December 6th Barron's repeated the exercise and found only five listed tech firms with wobbly finances.

Instead, today's financial excess is hidden partly out of sight in two areas: inside big tech firms such as Amazon and Google, which are spending epic sums on warehouses, offices, people, machinery and buying other firms; and on the booming private markets where venture capital (VC) outfits and others trade stakes in young technology firms.

Take the spending boom by the big, listed tech firms first. It is exemplified by Facebook, which said in October that its operating costs would rise in 2015 by 55-75%, far ahead of its expected sales growth. Forget lean outfits run by skinny entrepreneurs: Silicon Valley's icons are now among the world's biggest, flabbiest investors. Together, Apple, Amazon, Facebook, Google and Twitter invested $66 billion in the past 12 months. This figure includes capital spending, research and development, fixed assets acquired with leases and cash used for acquisitions (see chart 1).

That is eight times what they invested in 2009. It is double the amount invested by the VC industry. If you exclude Apple, investments ate up most of the cashflow the firms generated. Together these five tech firms now invest more than any single company in the world: more than such energy Leviathans as Gazprom, PetroChina and Exxon, which each invest about $40 billion-50 billion a year. The five firms together own $60 billion of property and equipment, almost as much as General Electric. They employ just over 300,000 people. Google says it is determined to keep "investing ahead of the curve".

Big firms are also making speculative bets, to add new products and insure themselves against technological change. Amazon is investing in content and recently acquired Twitch, a video-streaming firm. Google is throwing cash at driverless cars, robots and home thermostats. Facebook has acquired Oculus VR, a maker of virtual-reality headsets. Mark Zuckerberg, Facebook's boss, has said that it will not have an immediate payback: "It's going to take a bunch of years to get there."

What are the odds of all this money being spent sensibly? Apple is still tremendously profitable. The other firms have patchier records. Google's return on capital has halved to about 20%, after accounting for stock-option costs. Amazon has never generated much cash. The longer-term omens are not good. Few firms learn how to create a framework for spending tens of billions of dollars almost overnight.

This last paragraph brings us to the heart of the problem. The Economist wants to write a chirpy article about a US recovery but it also has to deal with the reality of what these asset bubbles portend.

The writers and editors might also want to mention Austrian economics, because this article is purely an Austrian one. It was Mises and Hayek that came up with the modern business cycle – one triggered by central bank money printing.

Recently, other neo-Austrian minds have questioned whether the relatively simple model of the Austrian business cycle is viable. We've published some of those articles here at The Daily Bell.

And while we're perfectly willing to be open-minded on the matter, we also find that simple as the model is, it still makes sense to us. Sure, people are aware that modern economies are bubble economies but big corporations – the multinationals driving Western economies – are incapable of responding subtly to money flows.

Imagine sitting in a corporate boardroom trying to make the case that the billions pouring into company coffers ought to be banked and not spent. Comes the argument: We'll save for a rainy day while our competitors will purchase market share.

You see? Central banking money stimulation drives marts to higher highs no matter what. The bias toward expansive growth is built into the system. It doesn't matter what you KNOW. It matters what you must do. And if the bubble is expanding, you must expand with it.

And so they will. The article even says so: "There are few obvious sources of restraint at those firms still dominated by powerful leaders who control their companies: Google, Facebook and Amazon. All five of today's stars have lots of excess cash. Much of this is parked offshore and cannot be brought home without incurring tax, giving an extra incentive to spend it."

The whole system is biased toward "growth" – which merely means driving companies forward in a new-product frenzy. Consumers may not have been asking for robot drones or driverless cars, but by god they're going to get them. There's money sitting in corporate coffers that must be spent.

And it will be spent. And for now anyway the Wall Street Party will continue and those who figure out a way to leverage the current upward bound cycle (so long as it exists) will doubtless be rewarded. There are plenty of ways at the moment to do so, as The Economist itself points out in this article:

[An] area of technology froth is in private markets. Their exuberance was demonstrated on December 4th when Uber closed a $1.2 billion private funding round that valued the five-year old firm at $40 billion. Baidu, China's biggest search engine, is set to buy a stake, too. There are 48 American VC-backed firms worth $1 billion or more, compared with ten at the height of the dotcom bubble, according to VentureSource, a research outfit. In October a software firm called Slack was valued at $1.1 billion, a year after being founded. 2014 looks set to be the biggest year for VC investments since 2000 (see chart 2).

We've been mentioning that exposure to private deals during the current boom is likely a good idea, provided the deal seems to hold value. Our idea, though, is that these deals will eventually go public. The Economist seems to disagree, claiming there is a "shift away from stockmarkets. Entrepreneurs are keen to avoid the bureaucracy involved in initial public offerings. They now have alternative ways to raise cash and to award tradable shares to staff."

Of course, we've heard this before. Every time asset bubbles begin to expand generally, someone or some publication marches to the fore claiming it's "different now." But last we looked, private deal-makers will want to cash out sooner or later in public markets. That's where the real money is.

This article concludes that the "sins of big, listed tech firms and younger, private ones will be forgiven if their growth continues at a blistering pace for several years: so far there is no clear sign of deceleration."

Of course, there isn't! Nor will there be until this latest tech asset bubble pops. And when it does, the article has the grace to admit that, "If these firms do slow down … the present investment boom will look like a horrible mistake for the firms and investors that financed it."

And here's the article's conclusion:

For society, though, there is little to fret about. As in 1999-2000, startups and tech giants are creating jobs and investing in new technologies and infrastructure that boost long-term economic growth. But this time round a slump would be unlikely to lead to a broader contagion, since it would be confined to private markets and a few large firms with strong balance-sheets. Silicon Valley still does vanity, bubbles, genius and excess. But when it comes to causing crashes, it has learned to be less evil.

You see, it IS different this time. Since the money is lodged in private startups and "confined to a … few large firms with strong balance sheets," a slump will be "unlikely" to lead to "contagion."

Good luck with that … Say, who gets paid to write this stuff? By the time this market shuts down, especially if it runs another year or two (or three, god forbid), the resultant blowout may end the modern financial system as we know it. The Economist doesn't even mention about US$1,000 trillion in derivatives bets – and in the case of a major bust some of them WILL unwind. (And if some unwind, what then? …)

This article strokes a particular meme having to do with stock market normalcy and the continuance of a certain kind of investor behavior. But we have suggested a different approach having to do with being a high-information investor who doesn't take anything for granted.

Hedge, allocate and choose your investments carefully. This is smash and grab time. Take your profits when you can and keep your wits about you. You can make a great deal of money and some doubtless will do so. Others will lose it all …

Don't forget the underlying reality: You are investing in a bubble not in economic "growth." Create your strategies accordingly. We recommend our VESTS approach as one part of a larger analysis.