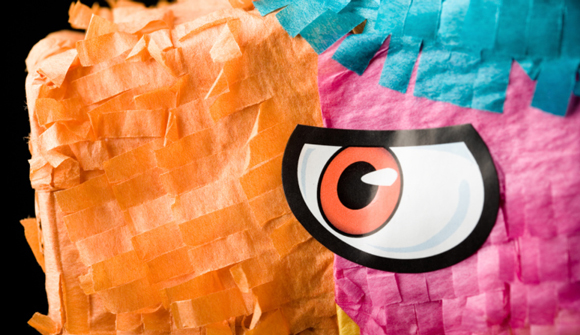 Edward Snowden, the insufferable whistleblower … Time has not deflated Edward Snowden's messianic sense of self-importance. Nor has living in an actual police state given the National Security Agency (NSA) whistleblower any greater appreciation of the actual freedoms that Americans enjoy. Insufferable is the first adjective evoked by Snowden's recent interview with Barton Gellman in The Post, but it has numerous cousins: smug, self-righteous, egotistical, disingenuous, megalomaniacal, overwrought. – Washington Post

Dominant Social Theme: Edward Snowden is a sociopathic misfit who went outside the lines of US command to damage national security for purposes of self-aggrandizement.

Free-Market Analysis: This is unfortunately a kind of dominant social theme. We wish it were not so, as it is quite a repugnant one. We also think it is deliberate, for we do not believe in this Snowden episode, even though we would like to.

A caveat as well: We have no direct evidence that Snowden is not what he claims to be. And certainly many consider him to be a hero for his actions. But in this article we proceed according to the patterns we notice and our observations of the mainstream media that his given him enormous play.

And we also note that Snowden has deliberately resisted weighing in on the larger issue, which is how the Surveillance State he is concerned about got its start – or at least was expanded to its current dimensions.

There are other Snowdens to be sure, who have made other, similar claims, but only Snowden has been considered for "Person of the Year" by Time magazine. Ordinarily, when one receives this kind of coverage it is because those who run the mainstream media want to publicize your story or cause for some reason.

Supposedly, he has only released one percent or so of what he has. We wonder when we will see the rest. And we wonder about what he hasn't said, especially when it comes to 9/11.

This point is not a hypothetical one, as various members of the 9/11 Commission itself have disavowed portions of the report and claimed they were lied to on a serial basis by government higher-ups within the Bush administration.

Snowden could have used his current "bully pulpit" to question the modern antecedents of the spying he found so repugnant. He could have made the link between 9/11 and the current Surveillance State he claims to oppose.

In doing so, he could have restarted a national dialogue about 9/11 and perhaps succeeded in generating a formal or informal re-examination of its more questionable aspects.

The reason he didn't do this is, in our opinion, because – knowingly or not – Snowden has come to represent one side of a dialectic that is actually supporting the surveillance abuses he claims to oppose.

The problem with those running the current Western surveillance state is that they had no way of explaining to those who they wished to watch – mostly Western middle classes, in our view – how closely they were BEING watched.

Of course, Snowden's charges have made members of the US – and Western – Intel community uncomfortable. But this is a small price to pay for months of media explaining in excruciating detail just how sophisticated and widespread Western surveillance has become.

On the one hand, Western Intel agencies have now been "outed" along with their capabilities. On the other, a "dialogue" is proceeding with the aim of rationalizing what has been accomplished and fitting it into a larger structure of "law and order."

The idea is to legalize what's been accomplished. The end result is that people are to be further terrorized when it comes to their private lives and that they are not to have any legal recourse.

Additionally, Snowden himself is to be demonized, and this is where this ludicrous editorial comes in. Here's more:

The Snowden of Gellman's interview is seized with infuriating certitude about the righteousness of his cause. Not for Snowden any anxiety about the implications for national security of his theft of government secrets, any regrets about his violations of a duty of secrecy.

"For me, in terms of personal satisfaction, the mission's already accomplished. I already won," Snowden proclaimed. "Because, remember, I didn't want to change society. I wanted to give society a chance to determine if it should change itself."

And what gave Snowden the right to assume that responsibility? "That whole question – who elected you? – inverts the model. They elected me. The overseers," he said. "The system failed comprehensively, and each level of oversight, each level of responsibility that should have addressed this, abdicated their responsibility."

Thankfully, at least as Snowden sees it, he was there to pick up the slack. "The oath of allegiance is not an oath of secrecy," he said. "That is an oath to the Constitution. That is the oath that I kept that [NSA Director] Keith Alexander and [Director of National Intelligence] James Clapper did not."

Snowden followed his Post interview with an overheated Christmas message that was broadcast on British television. A child born today, he warned, will "never know what it means to have a private moment to themselves, an unrecorded, unanalyzed thought."

Oh, come on. George Orwell himself would have told Snowden to chill — and the author of "Animal Farm" surely would have shown more recognition of the irony of Snowden's sojourn in Vladimir Putin's Russia. Does a man whose life is conducted so much online really believe that Putin's spies are not cyber-peering over his shoulder?

The whistleblower personality is rarely an attractive one. Whistleblowers tend to be the difficult ones, the sort who tend to feel freer to speak out precisely because they don't fit in. So perhaps it is not a surprise that the biggest whistleblower of all time has an unpleasant personality to match.

And personality would not matter — at least it would not be so grating — if Snowden's behavior were more upstanding and his actions more justified. On behavior, if Snowden is such a believer in the Constitution, why didn't he stick around to test the system the Constitution created and deal with the consequences of his actions?

… The existing oversight, while flawed, is not as feckless as Snowden portrays it, and the degree of intrusion on Americans' privacy, while troubling, is not nearly as menacing as he sees it.

All the disingenuous arguments of the surveillance community are encompassed in the above narrative. And surely that's just the point. Snowden has given the globalists organizing the vast Surveillance State the opportunity to explain how it came to be and why.

But the dialectic that Snowden has entered into also allows him to be specifically attacked. In these attacks, the rule of law is emphasized – instead of the rule of NATURAL law. Any manmade law is held up as sacred.

Then process is emphasized. Snowden should have allowed the process to work. He didn't trust the system enough. Finally, Snowden himself is attacked for having an awkward "informers" personality. He is arrogant because he saw what was going on and judged it as wrong or insufficient.

If Snowden didn't exist, those behind the Surveillance State would surely have had to make him up. Maybe they did.