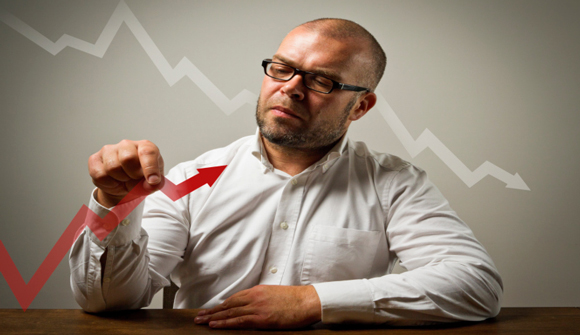 Don’t Entrust Economics to the Experts … Why has so much of the world succumbed to populist demagoguery and xenophobic nationalism? To a non-trivial extent, economists may be responsible.  This idea finds some support in a new book, “The Econocracy,” written by three U.K. economics students — Joe Earle, Cahal Moran and Zach Ward-Perkins. – Bloomberg

Austrian economics has been driving banking elites mad for over a century and now apparently they are trying to replace it with what can be called “Econocratics” – our elaboration of the term.

In fact, a new book “Econocracy” encapsulating the movement seems to regurgitate every criticism of modern economics made by Austrian critics and free-market groups.

More, according to the Bloomberg editorial (above):

They argue that popular dissatisfaction with government has a lot to do with its over-reliance on concepts and ways of thinking supplied by economists, who have been much more influential than their expertise justifies.

In the authors’ usage, an econocracy is a society where — though it looks like a democracy — goals get expressed in economic terms and policy making has become a purely technical activity.

Objectives such as faster growth, increased competitiveness and access to more and cheaper consumer goods are taken as inherently desirable, with little consideration of differing values or visions of the future.

Specialists handle the execution, because involving the people can only mess things up.  The econocracy inevitably breeds a sense of disenfranchisement.

This is terrific stuff, but when we look through the website here, we can’t find a single mention of Austrian economics nor the role its leading proponents have played in creating the dissatisfaction that this “rethinking” supposedly addresses. (Maybe we’re not looking hard enough?)

If one is going to broadly “rethink” economics, shouldn’t one begin by incorporating trenchant free-market criticisms of modern economics? These criticisms are certainly within the ambit of what the Bloomberg article relates – and also what we could see on the group’s website.

But not a word about Austrian – free-market – economics.

Led by Mises.org in the US, criticisms of modern economics are directly buttressed by the 150-year-old concepts of Austrian economics.

Lew Rockwell and his eponymous website have just been attacked in an article in the Washington Post. Lew Rockwell (by writing non-traditional articles based on economic history) stands accused of doing the bidding of Russia – of the Russian state – in order to undermine the West and specifically the US.

It can certainly thus be speculated that the idea is to denigrate Rockwell and his Mises society while adopting its critiques but not its solutions.

The problem with Austrian free-market economics is that it leaves little room for government itself, nor for the mathematical-based econometrics that most economists are trained in. We previously mentioned this issue here, regarding a new libertarian center.

This [editorial announces] a new libertarian think-tank, the Niskanen Center. The basic thrust … is that to remain relevant in the 21st century, libertarians will need to be more pragmatic and less idealistic. Stop talking about eliminating government and concentrate on making “government spend more wisely.”

… Rather than promote “theories of unfettered markets,” economists and other serious observers of the market should be “guided by pragmatism.” Libertarians “should be diving into the gritty details of the regulatory state, or gathering evidence on how best to curb government’s excesses.”

And now a new group has emerged to reconfigure economics itself. But as with the Niskanen Center critiques, the solutions will doubtless be a good deal less clear than the problems.

The problem with adopting and disseminating Austrian economics is that it shows clearly that government does not work. Its seminal, founding concept of “marginal utility” is widely accepted around the world as the dividing line between classical and neo-classical economics.

In practice Austrian economics is ignored by governments and in the corporate and even academic worlds. But it certainly explained why classical economics didn’t work.

Classical economics was static. It allowed the misguided Malthus to project starvation in England at the end of the 1700s. His charts showed that the population would exceed the food supply.

But nobody starved. Instead, people created gardens and planted more food.

Thanks to Malthus’s malfunctions, English economists were well aware of the problems Austrian economics posed. They came up with the idea of mathematically-based econometrics.

The idea was that if enough mathematics were applied to a prognostication it might somehow overcome human action.

Of course this never happened. What did happen though was that econometrics became so complicated that few have had the time or patience to understand what’s really going on.

Econometric economics doesn’t work but most people can’t quite tell you why. And thus they basically “tune it out.” Which is probably the reason why modern economics is held in such low repute.

Econometrics – the mathematical forecasting of human behavior – is a solution in search of a practical problem. Even worse, the economics of legendary economist John Maynard Keynes, which yet undergird economics, don’t work either.

Keynes’ starts his masterwork, General Theory, after an economic crisis has already occurred. He never explains that monopoly central banking is responsible for the crisis to begin with. And thus his main solution – government spending to counteract economic failure – is dysfunctional.

Mises had no such problem. He showed clearly how central banking crushed prosperity and created ruin. His analysis was built on the conclusions of marginal utility that showed clearly how prices must be developed by marketplace competition and nothing else.

Central bankers attempt to “fix” the value and volume of money via interest rate manipulation. As a result, the world is on the cusp of the greatest depression it has ever faced. People know this of course. Millions – billions – are aware that the modern precepts of governance and economics are illegitimate.

In fact, more and more are waking up to the idea that it is on purpose. Elite controllers surely need ruin in order to advance to a new stage of control via increased globalism. Thus the entire theoretical underpinnings of government and finance are likely – purposefully – distorted to ensure that this ruin occurs.

The trouble happens when people start to understand. When they do, you need to acknowledge the problems in order to anticipate solutions. That’s probably just what it is going on now.

New libertarian facilities are suddenly rising up with solutions recognizing that real freedom is “impractical. And now in England, somehow, a young group of economists have decided to “rethink” their profession, though goodness knows enough rethinking has taken place.

All they really need to do is read Von Mises and educate themselves generally about free-market Austrian economics. It’s not that difficult to understand the basic concepts.

Then they could begin to properly proselytize. Instead, they intend to state and restate the problems of modern economics without ever suggesting a solution has already been developed and has several centuries of antecedent analysis.

Conclusion: Of course the above is our speculation about what’s going on – including potential elite involvement. There’s no way we know about the underlying motivations and funding involved in offering libertarian and economic rethinking. But the patterns look clear enough, at least to us.