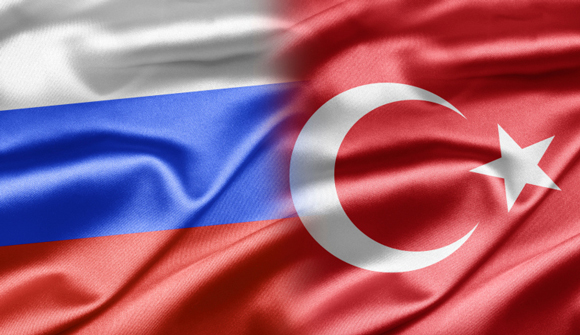 Turkey won't apologize for downing Russian warplane, Erdogan says … Turkey will not apologize for downing a Russian fighter jet it says violated Turkish airspace near the Syrian border, Turkish President Recep Tayyip Erdogan said in an exclusive CNN interview Thursday in Ankara. "I think if there is a party that needs to apologize, it is not us," he said from the Turkish capital. "Those who violated our airspace are the ones who need to apologize. Our pilots and our armed forces, they simply fulfilled their duties, which consisted of responding to … violations of the rules of engagement. I think this is the essence." – CNN

Dominant Social Theme: Russia is evil and Putin is Hitler.

Free-Market Analysis: This CNN article is basically a recap of the accepted Middle East narrative as it now stands. What's going on in the Middle East increasingly resembles – on the surface – an evolution of the "great game" that created World War One.

Let's recap the recap so we can understand what we're supposed to believe. This is useful from an investment standpoint because if we can see clearly beneath the surface of a confusing political and military situation, then we can make better decisions about asset allocation and even how to go about implementing additional "lifestyle insurance."

Toward the end of this article, we'll look at the commentary of one of the outstanding modern conservative commentators, Patrick Buchanan. Buchanan sees below the surface of the "accepted wisdom" and is deeply concerned that Washington is headed toward a major confrontation with Russia. We've mentioned this possibility ourselves.

Back to CNN. From this report, we learn what is being reported elsewhere, that Turkish leader Erdogan is unrepentant and may have given the order himself to shoot down the Russian jet. Russia meanwhile has called the shooting a "planned provocation."

Surprisingly, Russian President Vladimir Putin has claimed he didn't expect Turkey to act in a hostile manner. Putin is not usually surprised but according to CNN, he "told reporters in Moscow on Thursday that the strike was unexpected."

He reportedly said, "It did not even come into our mind that we could be struck by a party that we considered to be our ally. We considered Turkey to be a friendly country."

Perhaps not now. Putin is said to be considering a variety of economic and military actions that will hurt Turkish military preparedness and also its economy. Russia is a huge trading partner with Turkey and this may be why Erdogan, despite being unrepentant about the shootdown, seems to be engaged in a bit of a "climbdown."

Too late! According to CNN, "Some Russian tour operators have already said they will be curtailing travel to Turkey – a top destination for Russian vacationers."

CNN adds, "The unusual clash between Russia and a NATO member highlights the dangerous and unpredictable nature of the Syrian war, which has drawn global powers, including the United States, into a chaotic and complex conflict. NATO survived Cold War, but downed jet provides biggest threat."

Longtime author, commentator and political operative Patrick Buchanan shares the above sentiments. In an article entitled, "Stumbling to War With Russia?" he makes his concerns clear.

Turkey's decision to shoot down a Russian warplane was a provocative and portentous act. That Sukhoi Su-24, which the Turks say intruded into their air space, crashed and burned – in Syria. One of the Russian pilots was executed while parachuting to safety. A Russian rescue helicopter was destroyed by rebels using a U.S. TOW missile. A Russian marine was killed.

As it is impossible to believe Turkish F-16 pilots would fire missiles at a Russian plane without authorization from President Tayyip Recep Erdogan, we must ask: Why did the Turkish autocrat do it? Why is he risking a clash with Russia? Answer: Erdogan is probably less outraged by intrusions into his air space than by Putin's success in securing the Syrian regime of Bashar Assad, whom Erdogan detests, and by relentless Russian air strikes on Turkmen rebels seeking to overthrow Assad. …

As for what strategy and solution President Obama offers, and how exactly he plans to achieve it, it remains an enigma. Nor is this the end of the alarming news. According to The Times of Israel, Damascus reports that, on Monday, Israel launched four strikes, killing five Syrian soldiers and eight Hezbollah fighters, and wounding others. Should Assad or Hezbollah retaliate, this could bring Israel more openly into the Syrian civil war. And if Israel is attacked, the pressure on Washington to join her in attacking the Syrian regime and Hezbollah would become intense.

Buchanan also mentions that Ukraine economic actions against Russia are expanding once again. Ukraine is targeting now-Russian-annexed Crimea and threatening to withhold electricity. "Crimea receives 85 percent of its water and 80 percent of its electricity from Ukraine," Buchanan tells us.

Most provocatively, Buchanan inquires, "Are [all] these events coordinated? Has the U.S. government given a go-ahead to Erdogan to shoot down Russian planes? Has Obama authorized a Ukrainian economic quarantine of Crimea?"

Buchanan finishes his column with the observation that, "we could find ourselves eyeball to eyeball in a confrontation with Russia, where our NATO allies will be nowhere to be found."

And a question as well: "Has anyone thought this through?"

In scrutinizing these events, we can probably answer Buchanan in the affirmative. While we have worried about World War III and stated our concerns publicly, there is an alternative theory – one we cannot find anywhere thus far – that puts the Syrian war and Turkish provocation in a larger and different context.

The key to this larger speculation is contained in an article published by independent journalist Thierry Meyssan entitled, "How Vladimir Putin Upset NATO's Strategy." He makes the following observation:

Recep Tayyip Erdogan … a petty criminal who joined the Muslim Brotherhood, was propelled to power with the help of the CIA, and he now behaves like a true mafia boss.

This is a revealing statement and corresponds with what we tend to believe. In fact, as a result of this military action, Erdogan's role in the Middle East now stands revealed, and it is both startling and important.

The end result of this serial warfare is likely to create an Islamic crescent, as we have suggested many times before. But we didn't understand who might wield the crescent. That person may be Erdogan.

In fact, Erdogan's antipathy to Syria and Assad may be motivated by personal ambitions to revive a form of the Ottoman Empire. With Iraq and Libya out of the way, Turkey becomes the natural large power in the region. As a moderate Sunni Islamic state, Turkey can provide the cohesiveness in the region that it is currently lacking.

So Erdogan provides the political glue and ISIS becomes the informal strike force of a revived Ottoman empire – the kind of Sunni caliphate that the Saud family once dreamed of establishing. The old secular states are dead now, destabilized by the CIA one after the other. Turkey can move to fill the vacuum.

What can we deduce from this potential outcome? Well … maybe there won't be world war with Russia anytime soon. Western powers could be intent on reorganizing the Middle East right now, not Russia. There will be plenty of military tension, of course, but that will only aid Western powers as they reshape the region in order to introduce a single overarching Islamic rival to Israel.

From an investment standpoint, the news is mixed. Lacking a long-term "hot" war with Russia (and China) the world will continue to be assaulted by Islamic "terror" and Western civil society will continue to lose its freedoms. Terror will be intermittent and travel will be increasingly difficult. Financial markets will eventually subside – maybe hard – and their diminishment will be blamed conveniently on the "war on terror."

All speculation … and yet the West has been destabilizing the Middle East for years. The ancillary target is Russia but the real prize is an ever-tighter internationalist union.