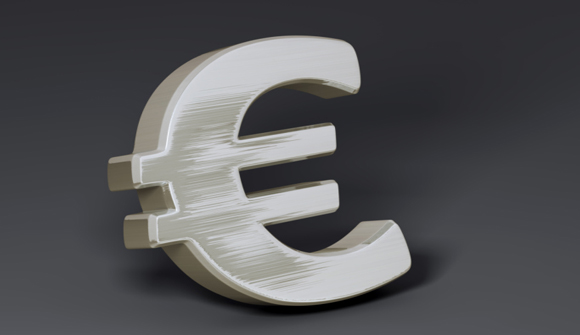 Draghi says will not allow dissenters to block possible ECB action … European Central Bank (ECB) President Mario Draghi addresses an ECB news conference December 4, 2014, for the first time in the ECB's new 1.3 billion euro headquarters in Frankfurt … The European Central Bank will decide early next year whether to take further action to revive the euro zone's economy, its president said on Thursday, signalling that he would not allow opposition from Germany or anyone else to stop it. – Reuters

Dominant Social Theme: The EU is in crisis and Brussels has to assume more power.

Free-Market Analysis: This is predictable. EU officials are now stating they are going to do what they want to do whether or not the EU agreements allow it.

We've mentioned it numerous times because onetime EU top man Romano Prodi is on record as suggesting that this would happen sooner or later.

In fact, Prodi has indicated that it was well known that the euro would precipitate a crisis that would then generate solutions that went beyond what was allowable. We last mentioned this here:

In his clearest language yet, Mario Draghi underlined the central bank's commitment to supporting the ailing economy of the 18-country bloc, and argued the case for printing fresh money to buy assets such as state bonds.

But his remarks, which came within minutes of a meeting where he clashed with German officials over his ambitions, set him on a possible collision course with the euro zone's biggest and single most important country.

Painting a gloomy picture of the euro bloc's prospects, Draghi announced that the ECB expected economic output to be lower in the coming years than it had predicted three months ago, while a slump in the price of oil would further weaken inflation.

Very low inflation is seen as a trigger for ECB action such as printing fresh money to buy government bonds, a step known as quantitative easing (QE) which Germany opposes.

"QE has been shown to be effective in the United States and UK," Draghi told journalists at a press conference, saying that he would not 'tolerate' the prospect of price stability, the ECB's central goal, drifting off course.

Perhaps most significantly, however, Draghi made clear that he would face down the considerable political opposition to further radical action.

… "Do we need to have unanimity to proceed on QE or can we have a majority? I think we don't need unanimity," he said, delivering a strong message to Germany.

Draghi's newfound resolve to force the issue may have to do with ECB forecasts that see growth of just one percent next year, down from over 1.5 percent previously predicted. Additionally, "Inflation is seen at just 0.7 percent in 2015, down from a September forecast of 1.1 percent and way below the target of just under 2 percent."

This alarmism is justified if one believes the EU numbers. But, of course, as the title of this article indicates, we wonder if they are really accurate. Draghi and his brethren actually have lots of reasons to exaggerate.

Of course, the Keynesian perspective is that falling prices will retard consumer spending as consumers will withhold activity while waiting for prices to get cheaper still. The price of oil is seen as a harbinger of renewed price deflation.

And here comes Stanley Fischer, the U.S. Federal Reserve's vice chairman … "Stanley Fischer … said money-printing would help Europe as it had the United States," according to the article.

Being the part of the contrarian media, let us disagree with some of this based in part on Austrian, free-market economics. It was Murray Rothbard himself who promoted mild deflation as a way for people, especially older people, to save money.

In a free economy, absent central banks, deflation would exist as a matter of course because technology would make living costs consistently less expensive. It is regulation and central bank monopoly money printing that create more expensive, thus debasing the currency – and savings.

War may be the health of the state but central bank money printing provides its blood supply. No inflation and states can't spend and borrow nearly so much. Thus, deflation diminishes the power of the state.

Deflation also reduces consumer activity. This would be fine in a less consumerist environment but is not at all good in the kind of hyper-consumerist Western environments of the 20th and 21st century.

But let's follow up with Rothbard who believed generally that Western societies were not likely to have active, aggressive deflation while central banks were constantly engaged in money printing.

How is disinflation or deflation possible? The common answer is that the money has been printed but banks are not lending and consumers are not spending. Hard to push on a string, etc.

Draghi no doubt feels frustrated that the ECB cannot do more. He claims that he must assume new powers because of a deflationary crisis. This seems a bit ginned up to us. We're more likely to perceive what the EU is suffering from as a kind of mild stagflation than outright deflation.

Put aside the oil price collapse – created by Saudi purposeful passivity – and we wonder where the deflation is lurking. In the price of gold relative to the dollar? Gold is likely another manipulated commodity, in our view – its collapse is also a kind of fait accompli.

Are food prices continually going down in the EU? Prices of cars and homes? Or is deflation another meme, a narrative of eurocrats who want to seize more power and are using any justification they can invent to get it …

Money printing would certainly help European stock markets and the money always flows to the most wealthy first. Tycoons and multinationals would be the beneficiaries along with governments who would benefit from euro debasement.

So here is our question … Is deflation really such an EU threat or are there reasons for eurocrats to "talk up the book" to seize more power and gain the ability to debase the currency even more energetically?

Not everything is as it seems. And we generally don't trust technocrats. They usually seem to say the opposite of what they believe. So why trust them on deflation? It seems to us that skepticism is in order.