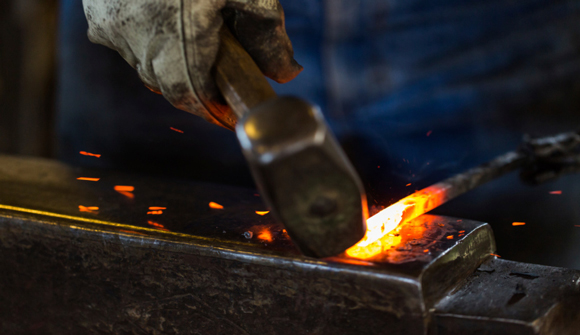 Is Europe Too Rigid to Survive? … The European Union is suffering from a democracy problem: Too many Europeans feel that integration is being forced upon them. What's worse, they may be right … New research from a group of economists – Luigi Guiso, Paola Sapienza and Luigi Zingales – paints a grim picture of the European project from the perspective of its participants. Analyzing four decades of data from the Eurobarometer opinion survey, they find that three events – the 1992 Maastricht treaty, the 2004 enlargement to Eastern Europe, and the 2010 Eurozone crisis – had the most negative effect on voters' perceptions of the European Union. In each case, the survey results suggest that Europeans perceived the events as driving further integration and didn't like what they saw. – Bloomberg

Dominant Social Theme: This mighty European Union was meant to be. It is the market's answer to China and US dominance. If Brussels didn't invent it, something else would.

Free-Market Analysis: Wow. We've been banging the drum regarding the shady manipulations of Europe's founders for years now.

But it looks as if those who have ignored this sordid history are gradually giving in. That's how life works in the Internet era. 'Net exposure eventually collapses these grandly contemptuous schemes.

The elites retreat because they have to. Once exposed not even great media campaigns can undo the damage. People stop believing. They "tune out" and only some sort of acknowledgement can salvage a modicum of credibility.

The strategy is always the same. Those behind a given promotion use their bought-and-paid-for media to create "limited hangouts" that re-expand the dialectic that they have worked so hard to constrain.

Instead of having a conversation about how best to continue with European integration, this groundbreaking study has reset the boundaries of the dialogue – surely on purpose. It was predictable only because the EU and the euro especially are foundering.

It has broken on the shores of Germany. German citizens far more than their leaders are determined to maintain at least a little autonomy when it comes to their savings and pensions. They are fighting against the penury that Brussels surely has planned for them.

Absent the Internet, German resistance to the matter might have been overcome by yet another promotional campaign emphasizing Germany's "Hunnish" qualities and lack of civil responsibility.

But there is too much information floating around too freely now. Germans may yet accept cultural responsibility for the bloody tidal wave of World War II, but they seem fairly convinced that the maneuverings of Brussels are deeply dishonest.

As we trudge deeper into the 21st century it is more difficult for political, business and monetary elites to pursue business as usual. The manipulations of the 20th century are not conducive to this one.

The only way that Eurocrats can keep control of the conversation is to expand it. And this they are doing on a number of fronts, grudgingly giving way and engaging in a debate against civilian "scribblers" who know far more about the Way the World Works than in the previous century.

Yes, these days arguments are being engaged because they have to be. Manipulators have to acknowledge what is being reported because to ignore it is to risk irreverence; the larger masses will eventually give no credence to arguments that do not recognize credibly reported truths.

And so now they have begun to acknowledge publicly what those in the alternative media already know and have reported on at length: The EU was – and is – being run from the top down using various historical justifications that are not legitimate but are intended to herd Europeans fearfully toward a more integrated future. The EU is a manipulated facility, in other words.

The EU is said to be a necessary union that allows Europeans to "compete" with the great powers that surround them. Alternatively, the rationale is offered that the EU was set up to restrain Germany within the context of peaceful commerce. The chains of constructive tranquility were to yield a nation that would be fit, to put it bluntly, to associate with the rest of humanity.

Neither of these rationales is true. The EU, as we have long reported, is an Anglosphere project … and one meant to consolidate a conquered empire (Europe). We've often pointed this out – almost alone within the alternative media – because of the irony and hypocrisy embedded in this larger plan.

Now Bloomberg of all places has posted an article that not only confirms our view but in some sense goes beyond it. We're as surprised as anyone because this sort of admission must surely retard the progress of the Union, or even worse for Eurocrats, add considerable historical justification to a growing anti-EU attitude.

The history, as Guiso and his colleagues present it, is mind boggling. The French political scientist and diplomat Jean Monnet, widely viewed as a founding father of the EU, envisioned that integration would be directed by an elite of pro-European bureaucrats. The project was designed to be immune to voter concerns and virtually irreversible. Problems would serve only to propel it forward, by revealing the need for the further expansion of European political power. Ultimately, voters would see the wisdom.

"Europe will be forged in crises," Monnet wrote in 1976, "and will be the sum of the solutions adopted for those crises."

Supporters of European integration talked about creating an unstoppable "chain reaction." Turning back, even temporarily, would never be an option. The great strength of the euro, as German Chancellor Helmut Schmidt saw it, was that "nobody can leave it without damaging his own country and his own economy in a severe way."

Unfortunately, the chain reaction theory hasn't worked out in practice. The result is a paradoxical impasse. European voters, the economists note, like the euro and want to keep it. At the same time, they don't like the way current European institutions are managed, and they're opposed to the further integration that economists say is needed to make the currency union viable. In other words, European voters don't want to go forward or backward, and they also don't want to stay where they are.

So is this, as Guiso and colleagues wonder, "Monnet's Error?" Have the European elites miscalculated? This seems very possible, and potentially disastrous.

Readers of The Daily Bell will recognize the above reporting, as we have been providing these insights to our readers for many years in one guise or another. Use a search engine and type in "Daily Bell/EU/Prodi" And you will find numerous articles (especially recent ones, as Google has seemingly removed older ones) explaining how the EU was to be built via crisis. Prodi said it himself.

This Bloomberg article does add something to the reporting on this subject, however. It points out powerfully that Eurocrats are moving definitively in the wrong direction and will need to rethink the options they are making available to EU residents. This is the crux paragraph:

Inflexibility is what you get in the moments before something breaks. For every hour they spend calculating how to keep the union together, European leaders ought to be spending another trying to engineer pathways for letting it come apart — at least partially and perhaps temporarily, to release pressure and anxiety. That might mean, for example, allowing greater national autonomy in the application of European regulations, especially in controlling the flow of immigrants.

There is a world of philosophy in this statement undreamt by an older generation of Eurocrats who probably never imagined the current pushback. That normal Europeans would turn against the union politically and individually was not perhaps a recognizable option. And yet it has apparently taken place.

Where do we go from here? Knowing the formidable nature of pro-European forces, we would tend to believe this Bloomberg article presages Brussels's flexibility of some sort. But we would hesitate to make any prediction that Brussels will tolerate serious discussion of European dissolution.

The upshot is probably going to be a fracturing of the European dialogue rather than a peaceful and honest discussion. We have, unfortunately, the US example to inspect regarding this prognostication.

For those cynically inclined, as we are, US dissension regarding race and immigration is being deliberately fanned by various elite think tanks and political power centers. The result is ongoing and expanding chaos – as social chaos is one way that our current crop of monetary and political leaders hope to retain control.

It would seem to us that this Bloomberg article may be laying similar groundwork for Europe. (It's only the beginning, a timid suggestion to be sure, but one worth noting.)

We've long hoped for a significant dialogue about European machinations but one should be careful of what he wishes for. In this case an expansion of the European dialogue may be accompanied by significant and escalating passions – sentiments that may be egged on as they are seemingly in the US.

For whatever reason, we could easily see the current manifestations of US social discontent spreading to Europe. This is certainly discouraging within a social context.

Within an economic and financial context, the kinds of asset protection we often present in these pages become more important than ever. Physical delivery of gold and silver, second homes abroad, second passports, efficient travel arrangements, bank accounts and agreements in place – all these will doubtless become more important as the 21st century expands.

History shows us that the kinds of social tensions being addressed in the US and eventually in Europe are often accompanied by civil discord that may eventually become profound.

It is important to recognize familiar currents of history, no matter how discouraging, and to plan for them. Here at The Daily Bell we hope to help you with that process.