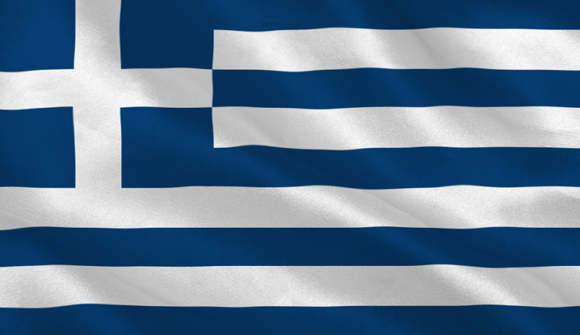 Greece readies list of reforms to dodge bankruptcy … Yanis Varoufakis says a bail-out extension will be "dead and buried" if international creditors do not ratify Athens' proposals … The Greek government will put forward plans to root out tax evasion and overhaul the country's labour laws in a bid to convince creditors it should be granted a vital extension of its bail-out programme on Monday. – UK Telegraph

Free-Market Analysis: As expected, Greece's strong words have not been matched by action. The top men of Greece spoke boldly, but when we examined their pedigrees, they matched up with those on the other side of the table.

The negotiations were thus never those of Greeks versus Germans; they were discussions among a European elite. One side has used the mechanism of popular anger to get elected. The other side, the Germans, needed to adopt a "tough" stance to ensure that the German citizenry didn't see through the argumentation.

In truth, Germans have been lied to. They are increasingly being made to shoulder the burden of a bankrupt Europe. Maybe that's why it was recently reported that German poverty is advancing significantly.

Athens is due to present a series of proposals to its international lenders, formerly known as the Troika, in return for a four-month bail-out reprieve which will help avert bankruptcy in the stricken country. They are likely to include measures to shrink the civil service and combat tax evasion, according to Greece's minister of state, Nikos Pappas.

The European Central Bank, International Monetary Fund and the European Commission will decide whether the proposals are sufficient to release the €7.2bn in financial aid that would allow the embattled country to complete the rest of its bail-out programme.

However, even if approved the first tranches of the bail-out are not expected to be released to Athens before April, squeezing the country's public finances and likely putting a hold on Syriza's pre-election promises to raise the minimum wage and re-hire government workers.

We can see from this last paragraph that Syriza's pledge regarding hiring and wages is now frozen. But more than that, the entire negotiation has proceeded along the lines of previous bargaining. The Syriza position was a bit more radical and the negotiations were a bit more dramatic, but the upshot seems to be a series of compromises no different than what has come before.

The Syriza-led government's lack of fortitude has been noticed by Greek supporters and by other Syriza politicians. Prime Minister Alexis Tsipras gave a speech saying Greece would no longer be "asphyxiated" by austerity – but these words have not been matched by deeds.

"Yesterday's agreement with the Eurogroup cancels the commitments of the previous government for cuts to wages and pensions, for firings in the public sector, for VAT rises on food, medicine," the prime minister said on Saturday.

A more blunt appraisal comes from Greek World War II resistance hero Manolis Glezos who claimed on his blog that the government was betraying its radical rhetoric. "I apologise to the Greek people for participating in this illusion," the 92-year-old Glezos wrote.

Strangely, Syriza has retained its massive popularity even despite the recent sputtering. And according to certain polls, Greeks still want to stay in the EU – and perhaps in the monetary union as well.

They simply want the terms of current lending relaxed. This may not happen significantly any time soon. Syriza's leaders seem to be in a position of confusion and retreat. No doubt Tsipras will continue to give speeches claiming victory, regardless.

It is possible that Greeks see the European Union as an alternative to their own corrupt government. Or perhaps the polls do not provide us with the real story.

The Greek tradition of tax avoidance is well entrenched in Greek culture, yet one of the biggest issues facing the Greek administrations has been more efficient and aggressive tax collection. It's difficult to understand how Greeks can work diligently to avoid taxes while endorsing negotiations that demand dramatic crackdowns.

Either the Greeks are schizophrenic when it comes to the EU or something doesn't quite add up in the Greek psyche regarding the EU. It could be that the Greek public simply believes that the EU and even the eurozone simply won't discharge Greece – that there won't be any Grexit.

In this case, the palaver simply amounts to a "testing." Greeks are simply seeing what they can get. But this is a dangerous business all around. The Greeks may be cynical but the German public is increasingly intolerant. And what happens to the Greeks when there is no more string to push? What happens when austerity is firmly and immovably in place?

Negotiators seem on track to create some sort of agreement. But it may not stick … no more than any of the others. Even with a renegotiated treaty, a Grexit probably remains a possibility.