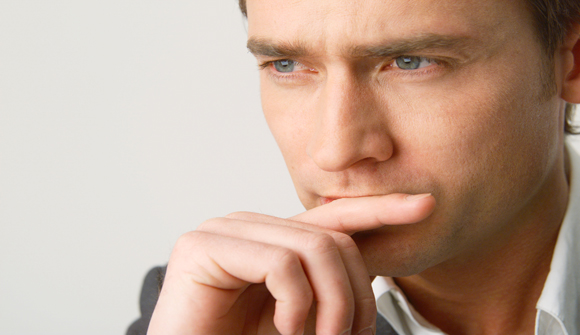 STAFF NEWS & ANALYSIS
Events in Mexico and US Give Rise to a Momentous Question
By Staff News & Analysis - November 24, 2014

Millions of immigrants living illegally in the US will be allowed to apply for work permits under a major shake-up unveiled by President Barack Obama. They include immigrants who have been in the US for five years and have children staying legally in the US. About four million people are expected to benefit from a reform package forced through using executive orders, which allow Mr Obama to bypass Congress. Republicans have accused the president of an "illegal power-grab". There are estimated to be 11 million illegal immigrants in the US. – BBC

Dominant Social Theme: Expanded immigration is a humanitarian gesture that has nothing to do with politics

Free-Market Analysis: Two momentous events are taking place in the Americas. One is the ongoing implementation of a US-government inspired "immigration overhaul." The other is continued and expansive unrest in Mexico.

The BBC, watching the immigration tumult unfold from across the "pond," clinically described the sweep of the Obama administration's actions:

Under Mr Obama's plan, undocumented parents of children who are US citizens or legal residents will be able to apply for work permits lasting three years. Only parents who have lived in the US for five years will qualify. Some 3.7 million people are thought to be eligible for this scheme, according to the Migration Policy Institute.

Another part of the package will extend a programme that gives temporary legal status to people who arrived in the US as children. Currently only those under the age of 30 who arrived before 2007 can apply for the programme, which was launched in 2012 and already covers roughly 1.2 million people.

This certainly sounds imperious. The BBC later in the article calls it "governance by dictat." The BBC also reports that it will "spark an atmosphere of retaliation and revenge."

A Huffington Post article entitled "Mexico's President Forced into a Corner" describes what's going on. The article deals with the ongoing and escalating violence in Mexico, especially Mexico City, and explains that the political loser is bound to be President Enrique Peña Nieto who after 18 months has fully surrendered his political "honeymoon."

The article summarizes Peña Nieto's progress during his term in office thus far, explaining that various private market reforms, especially regarding oil and gas, were well received by portions of the electorate. Only a few months ago, at the beginning of September, according to the article, he was confident enough in his vision and its implementation to claim that after a long paralysis, "Mexico [is] on the move."

But now we learn that the "movement has turned into an earthquake." Here's more:

On the evening of Sept. 26 a group of first-year students of the Ayotzinapa Rural Teachers College arrived in Iguala, a city in the southern state of Guerrero. They had been ordered by their school "Struggle Committee," the radical leftist group that rules life at the college, to disrupt a celebration organized by María de los Ángeles Pineda, the wife of Iguala's mayor, José Luis Abarca, who had plans to succeed her husband.

The students had stolen buses. Mayor Abarca ordered the Iguala police to "stop" the students. When the police intercepted them, the students apparently threw stones at the police, who then reportedly responded with live bullets. According to eyewitness accounts, three students were killed right there. Forty-four others were taken away by the police. The others are presumed to have been taken to Cocula, a small town, and handed over to a drug organization known as Guerreros Unidos or United Warriors. The drug traffickers allegedly killed them and burned their bodies. The government claims the mayor and his wife had links with this drug organization.

Mexico is used to violence. President Felipe Calderón, Peña Nieto's predecessor, launched a war against drugs in 2006 and saw an increase in murders from 8 per 100,000 people in 2007 to 24 in 2011. A slow decline in homicides began in 2012. In 2013, the first year of President Peña Nieto's government, there were 19 homicides per 100,000 people. The reduction prompted Peña Nieto to promote the idea that violence was a thing of the past.

Interestingly, the article goes on to blame the protesting students to some degree for the violence, claiming that "The Ayotzinapa school is known for its Marxist bent." The article claims that Che Guevara is a hero at the school and that the students remain indoctrinated with Marxist ideology.

And even though according to the article, "Peña Nieto's attorney general has pretty much solved the crime and has detained more than 70 people, including the mayor and his wife," the violence and unrest continues.

On Nov. 20, the anniversary of the Mexican Revolution, thousands of people demonstrated in the streets of Mexico City demanding Peña Nieto's resignation. At this point there is no indication that the president is even considering the move. His administration is constitutionally scheduled to end in November 2018.

The government, we are informed, is "now afraid to use force to prevent demonstrators" from various acts of civil disobedience. The implication is that what is brewing in Mexico is a true kind of class revolution.

Peña Nieto said in a ceremony to commemorate the 1910 Revolution, that violence is not acceptable. Apparently he was not aware of the fact that the Mexican Revolution was a violent affair that cost the lives of perhaps 1 million Mexicans, one tenth of the population at the time.

So what are we to make of these twin news events? We have often reported here in the pages of The Daily Bell that there is considerable political will among elite businessmen and politicians (among others) in both the US and Mexico to begin a more concrete and substantive merger of the two countries – the beginnings of a kind of North American Union that could even at some point include Canada.

Our question would be whether the two events now occurring before our (somewhat) unbelieving eyes bring this momentous event closer to fruition. If the US is increasingly accepting of Mexican workers and families and if Mexico meanwhile is undergoing a widespread destabilization, does this then set the stage politically and economically for some sort of closer bilateral relationship?

Even leaving aside the argument over purposefulness (and it is fairly obvious that the US has had a hand in destabilizing Mexico via gunrunning and the never-ending drug war), a credible question can now be asked as to whether events will lead to more intimate sociopolitical and economic bonds between the two countries.

No particular answer presents itself at the moment. But the ramifications could be significant, indeed.