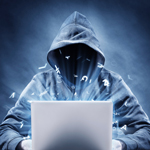 As hard as the FBI tries, people’s rights keep getting in the way of their investigations!

Last year revelations came out of a court case in which a doctor was being prosecuted by the FBI. The doctor was nabbed for child pornography after an image was found on his computer by a Geek Squad employee in the obscure space that requires high tech digging to find deleted images and files stored automatically while browsing the web.

In order to get around the requirement for a warrant, the FBI claimed that Geek Squad employees only reported to the FBI when they stumbled across illegal images while servicing a computer.

The image on the doctor’s computer later turned out to not even be child pornography. The FBI agent had misled the court about the original image in order to justify a search warrant of other electronics at the defendant’s home.

In November of last year, charges were dropped after the Judge suppressed further evidence because the warrant was obtained under false pretenses.

According to SovereignMan.com, this is not an isolated incident. For over a decade the FBI has been partnering with Geek Squad to pervert the course of justice.

If a computer technician is fixing a computer, and happens across child pornography, it is completely right and moral for them to report that to the authorities.

But for ten years the FBI has been paying some of Best Buy’s “Geek Squad” employees to report suspected child pornography they find. And as a result, the computer repairmen have gone on fishing expeditions on customers’ computers.

The Electronic Frontier Foundation (EFF) revealed new details about the FBI’s relationship with the Geek Squad. They received documents from a freedom of information request.

But the EFF says the documents are not sufficient to answer all questions about the scope of the FBI’s intrusion. The EFF will therefore file a lawsuit to find out if they have relationships with other repair companies, and how much they incentivize informants to illegally snoop.

The issue is that if a Geek Squad employee is getting paid by the FBI, that makes him an arm of the government. So if he goes on to search a customer’s computer–unrelated to the repair–that would constitute an illegal government search, violating the Fourth Amendment.

Geek Squad employees have reported deleted files stored in unallocated hard drive space waiting to be overwritten. To access this space require special equipment and procedures which have nothing to do with the computer repairs.

No one wants to defend creeps. But the Fourth Amendment is not up for debate. The government must build a case before they go executing searches.

In May 2018 the EFF filed a brief noting that the FBI refused to disclose the entire breadth of their relationship with Geek Squad. The FBI refused to produce certain documents related to the Doctor’s case, and would neither confirm nor deny the existence of other relevant pieces of information.

revealing whether or not thereare records about the FBI’s use, training, or recruitment of CHSs at Best Buy facilities other than the Brooks, Kentucky facility, or at the Brooks, Kentucky facility outside the 2007-2016 timeframe, or at computer repair facilities not associated with Best Buy, would reveal the scope and details of the FBI’s cyber-crime investigation techniques and strategies.

The FBI’s tactics reek of Fourth Amendment violations, which is likely why they are withholding documents and obstructing disclosure. The EFF is trying to see just how widespread these violations in criminal investigation procedures are.

To the FBI, the ends justify the means. And their means cannot get much sketchier…

This is not the first controversial tactic the FBI has used in combating child pornography.

When the FBI took over the servers of a child pornography site called Playpen, they continued to host the servers for two weeks in order to catch criminals using the website.

The government’s official position is that every time an illegal image of an exploited child is viewed, the child is re-victimized. This means the FBI victimized thousands of children in order to initiate criminal cases.

So if the FBI is willing to victimize children to get prosecutions, how far will they take that tactic? Would they continue to operate a sex slave brothel in order to catch the perpetrators?

We know they provide fake assistance to potential terrorists in order to nab them; would the FBI actually let a suspect carry out a terrorist plot if it meant catching more terrorists?

They ended up catching a lot of sick people and removing some children from abusive situations, which is clearly a positive result. But what about the precedent set that it is okay for the government to break its own laws in order to catch criminals? Does the end justify the means, especially considering that this tactic could be used for less serious crimes in the future?

Reddit founder Aaron Swartz’ suicide comes to mind. He faced decades in prison for illegally downloading academic journals. That is why it is important to defend the rights of the accused, even for the worst kind of criminals. Otherwise, we end up in a police state where the government is free to snoop through anyone’s records, digging for crimes.

Prosecutors actually dropped one of the cases against a man who was caught using the site Playpen while it was being hosted on FBI servers. The case was dropped because prosecutors demanded more information about how the FBI investigated the crimes in order to establish guilt beyond a reasonable doubt.

The FBI however, would say no more than that they used “network investigation techniques.”

So the FBI would rather hide their, probably illegal, investigation tactics than prosecute a criminal suspected of crimes against children.

It sort of makes you wonder just how far the FBI does go into illegal territory to investigate and prosecute crimes.

The fact that they use Geek Squad employees for illegal searches is just another piece of the puzzle. What other private companies is the FBI using to circumvent the rights of the accused?

And with the Vault 7 CIA revelations about their hacking tools that can remotely hijack and use a computer, can we even trust the federal agencies who investigate these crimes? Especially agencies like the FBI who have a long history of abusing citizens rights.

It seems framing suspects in cyber-space would be just too easy these days.

*This post was originally published on March 11, 2017, and has been updated with new information.