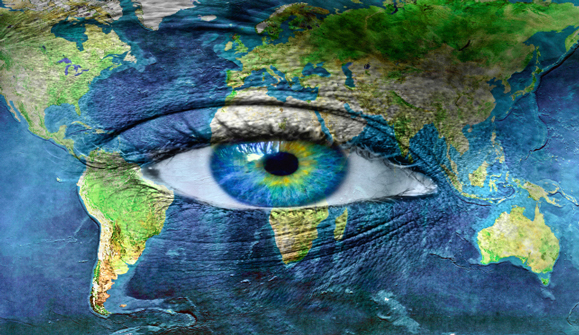 STAFF NEWS & ANALYSIS
Fear Won’t Drive the Failure of Globalism, But Blinding Contempt Will
By - October 21, 2016

An Establishment In Panic … Pat Buchanan: Ruling class fears the people won’t accept its political legitimacy … Pressed by moderator Chris Wallace as to whether he would accept defeat should Hillary Clinton win the election, Donald Trump replied, “I will tell you at the time. I’ll keep you in suspense.” … “That’s horrifying,” said Clinton, setting off a chain reaction on the post-debate panels with talking heads falling all over one another in purple-faced anger, outrage and disbelief.   –Patrick Buchanan

This column from Patrick Buchanan suggests that the American State will founder with Hillary’s election. It will initiate the end of the credibility of modern technocratic government.

We agree with this perspective but not for the reasons Buchanan suggests.

He believes that elites have realized that they cannot control what they have released. He believes they are panicking. Inevitably this panic will initiate further oppression.

But in fact, this is probably what the topmost banking elites hope for: endless, destructive chaos and an undermining of any ability to believe in governmental institutions.

They don’t mind the panic of underlings. That’s how globalism is ushered in, in fact.

Heck, that’s probably one of the reasons for the recent WikiLeaks leaks. One, they can create a pretext for war (hot or cold) with Russia, as Hillary and her circle are already blaming the Russians for initiating the leaks. Two, they have created a further illegitimacy around the Hillary presidency that should follow her into office.

At the very top, that illegitimacy is tolerable and even sought after.

“Disqualifying!” was the cry on Clinton cable.  “Trump Won’t Say If He Will Accept Election Results,” wailed the New York Times. “Trump Won’t Vow to Honor Results,” ran the banner in the Washington Post.

But what do these chattering classes and establishment bulletin boards think the Donald is going to do if he falls short of 270 electoral votes?

Lead a Coxey’s Army on Washington and burn it down as British Gen. Robert Ross did in August 1814, while “Little Jemmy” Madison fled on horseback out the Brookville Road?

What explains the hysteria of the establishment?  In a word, fear.  The establishment is horrified at the Donald’s defiance because, deep within its soul, it fears that the people for whom Trump speaks no longer accept its political legitimacy or moral authority.

This presentation may not give the topmost elites the credit they deserve.

After all, Hillary’s ill health was known long before she began running for president.

The hackable electronic voting machines were likely installed a decade ago with Hillary’s election in mind.

As stated above, Assange’s leaked releases may well be intended to provide a pretext for a cold war with Russia. And such a war can generate a variety of authoritarian actions by Hillary’s regime.

Thus Buchanan’s perspective is simpler than ours.

He believes that those orchestrating the disintegration of American culture (and European culture as well) are panicking.

But there is no panic at the top in our view, only (mostly anyway) overweening, withering contempt.

Central banks and hundreds of trillions of dollars are controlled, apparently, by a small group of families. Armies are controlled by the same individuals.

Countries around the world including so-called enemies of the West – Russia and China – are in league at the very top with the globalist enterprise.

There will likely be no nuclear war, or not the kind envisioned, though there will be greater theater. The globalist plan being pursued aggressively is in its modern incarnation at least 300 years old. If Buchanan were willing to extend his analysis, it would prove accurate.

After the advent of the Gutenberg Press, the elites supposedly hired Martin Luther to split the church.

But the Protestantism unleashed did not prove controllable and eventually led to the populating of the New World by religious orders that rejected the control of the elite, European system.

Several wars were fought to bring the US back into the fold. But it was only with the prosecution of the Civil War that control was reestablished.

This is happening again. There is no New World to move to, but the mechanism is similar. Elite contempt for those they are manipulating is creating a backlash that will not be controllable, anymore than it was previously.

The Internet itself has publicized the corruption and lies of the current system in ways that cannot be rectified. The more people are pushed, the more they will seek out the causes of their discomfort and impending oppression.

Just as 500 years ago, contempt will generate the very dislocations that controlling elements are trying to avoid.

Conclusion: A smooth segue into globalism is not feasible. People may not fight it directly but massive civil disobedience and alienation will surely occur, similar to what came after the Protestant manipulation. It’s already happening.