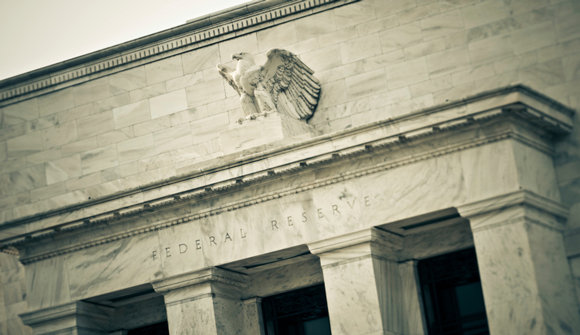 STAFF NEWS & ANALYSIS
Fed May Raise Rates By 50 Basis Points in March or It Could Do Something Far More Dramatic
By Daily Bell Staff - February 18, 2017

The Fed Should Raise Rates Next Month … Inflation in the U.S. rose in the year that ended in January by 2.5 percent — faster than expected, and well above the Fed’s target of 2 percent. It was the latest sign that the economy needs a rise in interest rates when the Federal Reserve’s policy-making committee meets next month.

Earlier this year it looked as if rate hikes were being postponed again, at least until summer months. But now, thanks in particular to various derivative trades, we can see rates hikes could come sooner rather than later, perhaps as soon as next month.

The central bank has indicated a good deal of patience with rate hikes, not wanting to put an end to what little economic progress has actually been made.

Its also indicated that every month is a clean sheet. If new figures indicate that price inflation is kicking up, then the Fed intends to revise its interest rate decisions. And now, it seems, inflation is moving faster than previously expected.

Granted, the signal from inflation is ambiguous … The unadjusted index of consumer prices is distorted month to month by swings in volatile energy and food prices. The Fed prefers to keep an eye on a different measure of inflation — the price index of personal consumption expenditures. This went up by 1.7 percent, excluding food and energy, in the year to December, still a little below the central bank’s inflation target.

In addition, the current low unemployment rate of 4.8 percent most likely exaggerates the tightness in the labor market. As the economy expands, some of the many workers who’d previously dropped out of the labor force altogether (and therefore don’t count as unemployed) have started looking for jobs. This is why, despite rising employment, the jobless rate actually edged up in January. An expanding labor force gives the economy a bit of additional headroom.

The article points out other factors that might lead to inflation. The Fed’s short-term interest rate around 0.5 to 0.75 percent is very low, while its swollen balance sheet continues to offer monetary prompts. Even a quarter-point rise at this point probably wouldn’t do much to influence rates.

Of course moving too early may have a negative impact on some jobs that are about to be created. On the other hand doing nothing could put Fed in a worse position, one where it has to tighten hard in multiple months to try to catch up with price inflation that has been gathering speed. For this reason, March is starting to look like a reasonable option for a rate hike that might be 50 rather than 25 basis points.

Another alternative, one the Fed could get started on, is to shut down the bank entirely. Then instead of of Yellen trying to guess where rates should be, the market could decide.

This can’t be done all at once of course. The first step would be to audit the Fed, which would reveal which banks and firms it gave money to during and after the crises stating in 2008. Yellen would be dead set against anything of this sort, but the chances of an audit have gone up dramatically with President Donald Trump.

After an audit revealed the Fed has spent trillions illegally around the world bailing out subsidiaries of the largest banks and firms, many American pols might be tempted to place the Fed under an umbrella that mandated mathematical solutions to interest rates.

But in fact this is no better than human decisions themselves. Mathematical rates have to be developed to begin with by human beings. So ultimately such rates are still part of a situation that includes human approaches.

Again the only real solution is a purely market driven one. In such a situation, rates would not be monolithic but vary from region to region and even city to city. This is another area where modern rates are inadequate. Rates are not supposed to be monolithic, but they are getting moreso rather than less so.

Conclusion: Ultimately, we should let rates do what they choose absent man-made interference. Rates were like this since the beginning of time. And someday they will be like this again. It might as well be sooner rather than later.