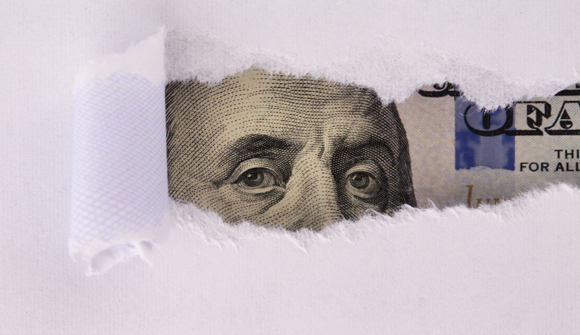 In addition to eavesdropping French Economy Ministers François Baroin and Pierre Moscovici between 2004 and 2012, the NSA gathered as much data as possible on big French companies. In particular, the agency wanted to know more about the companies that signed expensive export contracts for industrial goods, such as nuclear power plants, planes, high speed trains, etc.

According to an economic espionage order, the NSA intercepted all French corporate contracts and negotiations valued at more than $200 million in many different industries, such as telecommunications, electrical generation, gas, oil, nuclear and renewable energy, and environmental and healthcare technologies.

A second economic espionage order called "France: Economic Developments" shows that information was then shared with other U.S. agencies and secretaries, including the Secretary of Energy, the Secretary of Commerce, the Federal Reserve and the Secretary of Treasury. Eventually, this data could have been used to help sign export deals. – TechCrunch, June 29, 2015

New documents from WikiLeaks show the National Security Agency spies on French companies as well as its government. That's not especially surprising. What is surprising is seeing the Federal Reserve Board on the list of "supported elements" for whom the NSA spied.

We've always known the Fed had its nose in every economic nook and cranny. Now, thanks to WikiLeaks, we have proof. You can view the secret document online. What you will see is a standing topic list, dating back to 2002, on which the NSA collects information for further analysis.

The document also includes the NSA's "customer" list. It includes not only the Fed but also the Commerce Department, Treasury Department and U.S. Trade Representative. All want to know if French companies make international sales in several defined niches.

Furthermore, the document states the data is releasable to the other "Five Eyes" nations: Canada, the United Kingdom, Australia and New Zealand.

What does it mean? The Federal Reserve and others are, through NSA, spying on private businesses in France and presumably other countries. Our Five Eyes partners get the benefit of NSA's information gathering. Probably there is a reciprocal agreement where they give the U.S. the information their intelligence agencies gather.

In other words, the large Anglophone nations are engaged in economic espionage against the rest of the world. For what purpose? We don't know – but it is certainly plausible to think the information finds its way to our own private sector and gives friendly companies a competitive advantage. This is certainly not welcome news to globally oriented businesses in France, Germany, Brazil, Japan, or other U.S. allies outside the Five Eyes club.

Moreover, it disproves the many statements by U.S. officials that NSA only spies on people who might threaten our national security. It spies for purely economic reasons as well.

Also significant is that the target list originated in 2002. The World Trade Center's rubble was still warm when elements of the U.S. government saw another chance to expand their powers. They seized it and they still have it today.

What does the Fed do with the information it gets from NSA? If anyone on the House or Senate Banking committees cares, Janet Yellen will be testifying on Capitol Hill this week. If the financial media cares, someone can ask her about it at the next quarterly news conference in September.