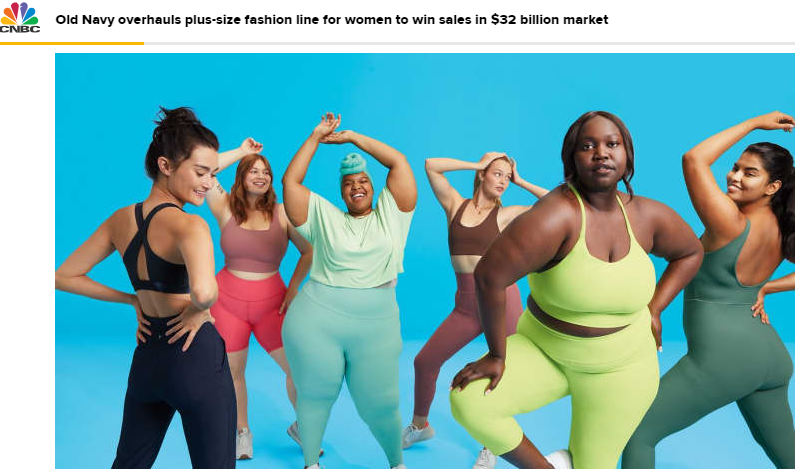 *The original reporting referenced a 0.00148% Alaska rape rate based on available statistics. The actual figure is 0.148%.

Old Navy tried recently, and failed, to satisfy the obese consumers who purchase its wares.

“Last week, Old Navy announced its new BODEQUALITY initiative, which it says ‘democratizes the shopping experience for women of all sizes.’ This is set to go into effect Aug. 30, according to the press release, and will make Old Navy the ‘first value retailer to offer sizes 0-30 and XS-4X for all women’s styles at price parity.'”

Let’s pause for a moment.

“Price parity” means they are selling the size 0 and size 30 clothes – the latter of which may require 2-3 times the amount of fabric as the former – at the same price. 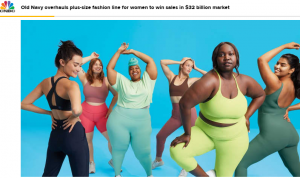 Old Navy made sure to do the price parity thing because one of the crusades of the “fat acceptance movement” (or whatever banner they fly these days; it changes constantly) has been fighting the so-called “fat tax“:

“The ‘fat tax’ is a difference in price between items — clothing, bikes, furniture, etc. — made for those in the plus-sized community and those who are not.”

Rather than simply chalking the price difference between size 0 and size 30 up to logical economics – if you need gasoline for your Hummer, you are going to need more the gas (and hence pay more) than the guy at the next pump filling up his Toyota Prius – the “fat pride” crusaders instead blame society.

“I feel like there is fat tax in everything, We’re charged more just to be in a space … It’s more societal than actual dollar.”

Old Navy, in particular, has been targeted by the body acceptance (or whatever) movement for its allegedly unfair and discriminatory practices:

“A look online Thursday found a larger difference: A size 8 pair of Old Navy’s Rockstar super skinny jeans cost $27, but a size 28 rings in at $45. Meanwhile, in the men’s section, all slim-fit jeans cost the same, regardless of size.”

“[Taliban spokesperson] Mujahid said the guidance to stay at home would be temporary, and would allow the group to find ways to ensure that women are not ‘treated in a disrespectful way’ or ‘God forbid, hurt.’ He admitted the measure was necessary because the Taliban’s soldiers ‘keep changing and are not trained.'” 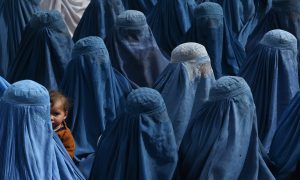 Sometime between the first and third waves, feminism became less about women’s rights and more about tearing down Western civilization because it’s a rape culture or whatever.

The Big Lie: Liberal arts colleges coast to coast would have you believe that the Western Patriarchy is a rape culture:

“#MeToo hasn’t gone nearly far enough. Rape culture is endemic in America; as one sex education specialist told the Associated Press in reference to the report, ‘Our culture teaches people not to be raped instead of teaching people not to rape.'”

The Truth Part a.): Precisely zero Western countries are hosts to “rape culture.” Rape is illegal in every state and territory in the union, often punishable by decades in prison.

The actual statistics on rape paint a vastly different picture of the “epidemic” of rape as claimed by academic feminists:

Even in the state with the highest rape rate, that comes to 0.00148% of the population being victimized. Obviously, the perpetrators in these cases should be punished – but the true data hardly indicates a “rape culture.”

“A recent study was done to look at the Y chromosomes of 2,123 men across Asia. An astonishing 1 in 12 men shared the same Y chromosome… Early results indicate that the distant ‘father’ of all these men was from the Mongolia area around 800-1200 years ago. Who could have fathered all of these males? The most obvious candidate is Genghis Khan. Genghis Khan lived from 1162-1227 and raped and pillaged from Mongolia to the gates of Vienna. Once he captured a village or town, he would essentially kill all the men and rape the women.”

“[Genghis Khan’s] Marriage came at the age of 16 but his wife, Borte, was kidnapped and raped. Genghis took his revenge hunting down and killing all of those responsible… The methods of the invading forces were pitiless. Nomadic horsemen soldiers killed their enemies with particular cruelty, raped their enemies’ wives and then laid waste to the places they had captured.” 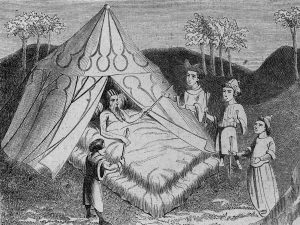 The Truth Part b.): “Patriarchy” and “rape culture” just mean whatever is convenient for the gendered grievance industry at any given time. Exhibit A: allegedly sexist air conditioning. 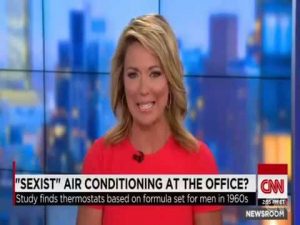