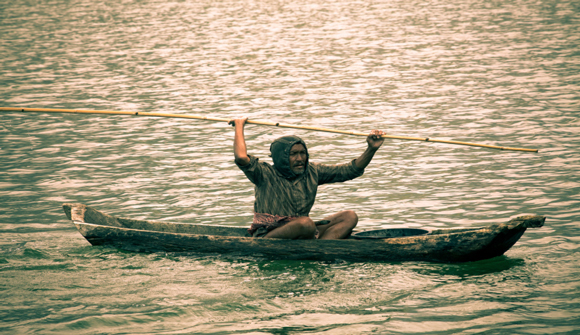 The migrants had been at sea for weeks, some of them months, with barely anything to eat and drink. Pictures circulated of migrants jumping into the water to grab scarce food thrown from helicopters. The Indonesian government, however, said that if it took in the Rohingya migrants, many more would follow. And that would create "social issues." It warned the fishermen against helping them.

But here in the province of Aceh, on the northern tip of the Indonesian island of Sumatra, the everyday people who would be most affected by an influx of refugees didn't agree with their government. Rami and the other fishermen said they could not just stand by while the authorities did nothing. In total, the fishermen of Aceh have rescued some 1,500 migrants since the beginning of May. Rami said he would do it again. – Global Post, May 29, 2015

Government action is necessary, we are told, to solve thorny social problems and keep everyone safe. The Rohingya refugees prove the point wrong. One government drove them into desperation and exile, several other governments refused to help and humble citizens showed enough human decency to save hundreds of lives.

The Indonesian government, well aware refugee craft were in the area, warned local fishing vessels not to help them. Indonesian fishermen instead followed the long seafaring tradition that says lives always come first.

The Global Post report relates how Indonesians ashore rushed to accommodate and feed the refugees, again over the objection of local officials. Faced with a fait accompli, Indonesia's government grudgingly said the Rohingya could stay for one year while it figured out a place for them to go.

Stories like this raise some interesting questions of political order. Do nation-states have a right to control who enters from the outside? If so, what kind of restrictions are reasonable? How do you handle situations like this one, where turning away immigrants could well lead to their deaths?

In this case, Indonesia's hands-off policy actually gave us a case study in how people can solve problems spontaneously, without political direction.

The fishermen observed people who needed help, and helped them. People in their port city welcomed the surprise visitors and took care of their basic needs. Did the government orchestrate this? No, quite the opposite. The government tried to stop it – and failed.

We don't need government to turn chaos into order. Most of the time it will happen anyway. This is but one small example. We would see many more if government were not so all-pervasive.