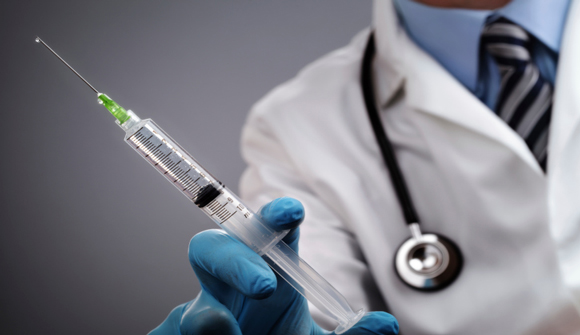 Get Your Flu Shot Before the Flu Is Widespread: CDC … Everyone 6 months and older should be vaccinated before holiday trips and gatherings, experts say … While relatively few cases of flu have surfaced so far in the United States, health officials say the holiday season will likely change that, so everyone should get a flu shot now. People will be shopping, traveling and going to gatherings – all excellent ways to be exposed to flu, said Dr. Michael Jhung, a medical officer in the influenza division at the U.S. Centers for Disease Control and Prevention. "People get flu when they are around people with flu," he said. "If we can get people to get vaccinated in the weeks before they leave for their holiday trips, that would be ideal." – HealthDay

Dominant Social Theme: It's flu season. Time to get vaccinated.

Free-Market Analysis: We can see from this excerpt that the US medical establishment – aided by the mainstream media – is advancing the idea of flu vaccinations once again. The controversies over vaccines remain significant but you wouldn't know it from articles like this one.

Vaccines have been linked to the development of autism and also asthma in children. Flu vaccines are often recommended but the controversy here is that they are either ineffective or actually detrimental, causing more damage than they can possibly cure.

Dr. Joseph Mercola is a well-known osteopathic physician and nutritionist who runs one of the most popular alternative healthcare websites, Mercola.com. The site just posted an article on flu vaccines entitled "Flu Flop: Another Year of Dangerous CDC Lies."

Despite the fact that last year's (2014 to 2015) flu vaccine was a major flop with an abysmal 18 percent effectiveness rate, the US Centers for Disease Control and Prevention (CDC) publicly expressed unreserved confidence in this year's (2015-2016) vaccine. In September 2015, CDC Director Tom Frieden said in a news conference, "Get vaccinated … That's the best way to protect yourself, your family and your community against flu."

The article also brings up the issue of "potential negative effects of frequent vaccination" on health. This wasn't such an important issue at one time, but as more and more vaccines are developed, the alternative medical media has led the way in questioning not just their efficacy but their safety.

Mercola mentions that "data collected from Canada and Hong Kong during 2009-2010 showed that people who received the seasonal flu vaccine in 2008 had twice the risk of getting the H1N1 'swine flu.' "

He cites research in the journal Clinical Infectious Diseases that presented data showing vaccines protected people best when they hadn't received vaccines for five years. This would support the conclusion that the more flu vaccines you take, the less effective they are.

While this research has influenced the debate about vaccines, it hasn't slowed the CDC's promotional machinery. Public health officials continue to tout the benefits of repeated flu vaccines even though reputable studies are beginning to cast doubt on such claims. Nonetheless, new vaccines are being developed.

Over at Dr. Brownstein's "Holistic Medicine" blog we learn that the FDA has just approved a vaccine called Fluad. He writes:

Fluad is the first seasonal influenza vaccine containing an adjuvant called squalene. Adjuvants in vaccines, such as aluminum, are used to cause a greater immune system response as compared to vaccines used without an adjuvant.

This increased immune system response is hypothesized to result in an enhanced efficacy of the vaccine–in other words, it should make the vaccine more effective. [But a significant] study showed that Fluad induced antibody levels that were comparable to the levels induced by Agriflu [an older flu vaccine.]

The numbers are truly abysmal. Dr. Brownstein writes that the failure rate of flu vaccines is nearly 99 percent. And while Fluad may be a slight improvement, the use of squalene as an adjuvant raises questions. "The science is not settled on whether it is safe to inject squalene in a human being."

Dr. Brownstein recommends against getting the new flu vaccine, and he is no more positive about the old ones. The larger issue is why additional flu vaccines are being produced. The mainstream answer would be that technology is improving medical remedies, but that certainly doesn't seem to be the case with Fluad.

In fact, the debate over flu shots is part of a much bigger confrontation between alternative medicine such as naturopathy (encouraging the body's self-healing) and allopathy (medical industry healing). For thousands of years, naturopathic-type healing was practiced, using regional plants and herbal remedies. But in the 20th century and now the 21st, the pharmaceutical – allopathic – paradigm has become dominant.

Instead of using plants, agents for pharmaceutical companies find plants with curative properties and then attempt to replicate them chemically. A chemical construct can be patented but a plant cannot.

The trouble with non-plant cures is that they can be unpredictable and carry health consequences that the industry likes to call "side effects." As pharmaceutical cures become more prevalent so does news about the problems with Big Pharma's allopathic approach.

The alternative versus allopathic debate has spilled over into other areas, including nutrition, which is an integral aspect of alternative and complementary medicine. The current movement to eat food that has not been exposed pesticides or other chemicals is growing for the same reason that naturopathic cures like acupuncture are expanding in the West.

The debate has even influenced investments, especially farmland. Untouched farmland in many regions sells for a premium these days because it has not been exposed to "green" farming with its emphasis on chemical cultivation.

Investors along with those interested in active farming ought to be aware of the debate. In the 21st century, the alternative medicine trend seems to be expanding significantly.