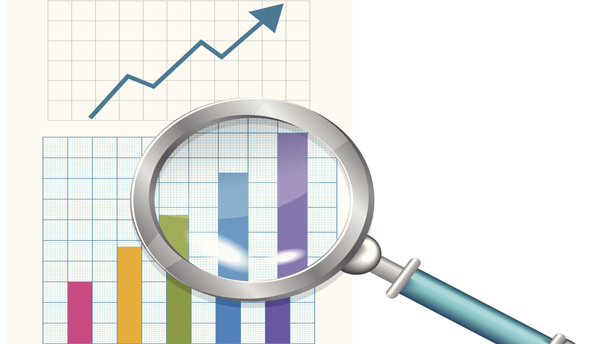 STAFF NEWS & ANALYSIS
Focus on the Inflation, Not the Keynesian Argumentation
By Staff News & Analysis - April 23, 2014

We've enjoyed a pleasant break – prepare for more economic storms ahead … The challenge of managing the exit from QE and returning interest rates to a more normal 5pc or so level will remain … 'It now appears that (a slight blip at the end of 2012 aside), there has been fairly strong growth in the UK since the summer of 2012.' … How is the UK economy doing, where is it going, and who should get the credit or blame? The past year has seen a huge turnaround both for the UK economy and for the politics associated with it. In early 2013, the UK economy lost its AAA rating and there was fear of a triple-dip recession. Opposition politicians said if the Government did not change course there might be no growth for a decade, and the International Monetary Fund said the Coalition was playing with fire. – UK Telegraph

Free-Market Analysis: This article tells us about the challenges that central bankers are facing in managing the economy going forward.

Those in the alternative media discount the ability of central bankers to successfully manage trillion-dollar economies. This article makes the argument that they can, and that they have done much better than they have been given credit for.

In fact, according to the article, banking strategies including "austerity" were responsible for creating a "recovery" a good deal sooner than has been reported in the mainstream press.

Most economists across Europe still accepted that there was no alternative to attempting to cut deficits, even if the process of cutting damaged growth in the short term, and in the UK it was widely understood that our "austerity" programme was much less fierce than others and that matters might have been a lot worse if the Coalition had not started cutting early.

Nonetheless, a vociferous minority of fairly old-fashioned "Keynesian" economists felt that their moment had come and that slower than expected growth in 2011 and 2012 (even, at the time, apparently a second technical recession) in the UK demonstrated that trying to cut the deficit in a depressed economy had been a mistake from the start.

A year on and both the economic and political contexts are very different. Revisions to the GDP growth data eliminated the "double dip", and the triple dip never happened.

This year is likely to see GDP expand around 3pc and 2015 may be even faster. Labour's "too far, too fast" critique of the Coalition's deficit reduction strategy has totally collapsed. There was no "lost decade". Furthermore, growth accelerated just as deficit tightening accelerated.

… Thus, far from austerity meaning poor growth, precisely the opposite was true: the UK saw the most growth when there was the most austerity, and when there was little austerity in 2011-12, there was no growth. The Keynesians say growth was always bound to resume some time. But that wasn't what they said in 2011-12.

… It was implementing QE2 too slowly that was the key policy error, not austerity. Furthermore, I do not believe it is a coincidence (since I predicted it here as an effect at the time) that the decisive ending of QE in 2013 (with April or May 2013 being the last plausible dates) was just when much more rapid growth resumed.

… The Chancellor should get much credit for sticking to austerity in the dark days of 2011 and 2012. If there was policy error (apart from, perhaps, not cutting spending quite fast enough), it was not implanting QE2 early enough.

But QE2 is a key reason for current growth and its effects are not yet complete. Come mid-2015, with nearly three years of good growth, more jobs and wages rising rapidly, the Coalition looks increasingly likely to reap a well-deserved electoral dividend for its bravery.

But the challenge of managing the exit from QE and returning interest rates to a more normal 5pc or so level will remain. After a pleasant interlude, the economy will have more stormy times yet ahead.

This article is a kind of revisionist history in that it claims that QE's success could have come earlier if it were begun earlier. It claims that austerity boosted economic performance considerably and that slow growth was the result of too little austerity.

If you are scratching your head, dear reader, you have every right to do so. What this article is doing, in our humble estimation, is not just engaging in revisionist history but building up an entirely new history.

It is doing so using a kind of "backtesting" technique. In backtesting, one takes a strategy and applies it to a numerical history within a given industry – often a financial or trading endeavor – to determine whether or not the strategy would be effective.

Often, however, backtesting does not work; something can look good historically but still prove unpredictive in real-time for a variety of reasons.

The same problem occurs when trying to quantify modern economic policy. QE and Keynesian monetary stimulation … no one knows if these concepts are or were effective, or at least it is impossible to say how effective.

But as we have long pointed out, the past century of ever-expanding central bank money stimulation is a kind of "dreamtime." No one living today knows what a real economy looks like … based on private monies competing with each other and, of course, including gold and silver.

Chances are a "real" economy featuring private money would be more agrarian and less stimulative. Many of the "breakthroughs" of the modern economy would be tempered. And, of course, many of these breakthroughs don't pan out anyway.

There will no doubt be continued back and forth regarding QE, austerity and monetary stimulation. There will be the usual government statistics cited and learned argumentation on cable television.

None of it will mean very much. Economic analysis in the current day and age is almost useless. The paradigms are unreal; the systems don't correspond to real life, nor can they. They are models that have little correspondence to the marketplace itself.

Of course, one can certainly make the argument that money printing eventually creates price inflation, as the article suggests. But here is some real, bottom-line investment advice: Watch what they DO not what they say. And be very skeptical of the learned analysis that supports it.