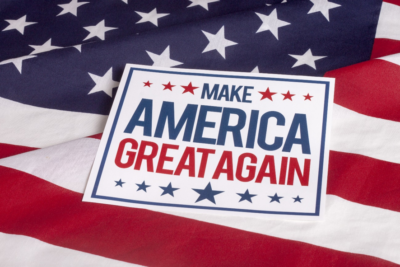 That was the slogan used by then-presidential candidate Donald Trump and it propelled him to the most powerful and coveted job in the world – commander in chief of the United States. However, since Trump’s inauguration there has been much blustering and many unpopular policies that don’t seem to have been made with the promise of making America great again.

While the United States makes worldwide news for the President’s tweets, other countries are implementing changes that are benefitting their citizens and helping to change the world positively.

In this article, we take a look at some of the key policies that could help make America great again, in terms of economics, morality, and equality.

In America and throughout the world ‘immigration’ is seen as a taboo word by politicians and the public alike. It is perhaps one of the most polarising issues in modern western-politics in the current day.

The problem is that the discussion often leads people to extreme spectrums of the debate, you either welcome free open immigration or you think the borders should be shut-down. In truth, what is needed is somewhere in between.

The Association of American Medical College’s recently predicted a shortfall on 100,000 doctors in 2030 if current trends continue. That’s where immigration should come in. If the USA isn’t producing enough physicians, then they should look abroad to help make up the shortfall.

The United Kingdom has equally been suffering from a lack of healthcare professionals and has decided to combat their lack of nurses by bringing in skilled-nurse from former Commonwealth countries.

If immigration were properly targeted in the USA to help sectors suffering from falling numbers of experts then the economy would prosper and polarisation over the topic of immigration would likely decrease.

There is no doubt that legalizing cannabis nationwide would have a positive impact on the economy and reduce crime rates. There is also an argument to be made over the health benefits for patients suffering from diseases including cancer, AIDS, and glaucoma. According to FBI crime statistics, 587,700 people were arrested in 2016 for marijuana-related crimes. This results in the judicial system becoming strained. Why not put resources towards policing more serious crimes?

Where marijuana is legal in states like Colorado, a recent investigation found that the cannabis industry contributed more than $58 million to the local economy. Obviously, if this was implemented nationwide the impact could be huge.

In 2014, New Jersey repealed state laws prohibiting sports betting. This was one of those rare occasions that the Supreme Court struck down a federal law using the Tenth Amendment protection of states’ rights. Who’s to say they shouldn’t do the same when it comes to legalizing cannabis? 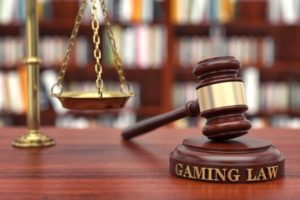 As was just mentioned, the laws are relaxing slightly when it comes to gambling, but there is still plenty of room for improvement. It seems incredibly hypercritical that a country that is home to the gambling Mecca of Las Vegas has strict laws on online gambling. Consumers are only available to place online bets in 4 American states.

While there are arguments to be made about problem gambling, people in states were online gambling is illegal will still be betting on the net, and will be doing so without the proper support.

In the United Kingdom, the gambling sector is an industry worth over £14 billion annually, with over a third of that being attributable to the online sector. There is no doubt that the online sector is making great strides and can be a huge benefit for countries. For example, this particularly successful online casino in the UK not only offers a great source of entertainment, they also contribute to government tax revenues, help to bring down unemployment and increase money available to regulatory gambling authorities.

Following the lead of the UK and relaxing the laws behind the online sector would decrease a staggering hypocrisy and benefit the country economically all whilst allowing the government to regulate the industry properly and fight problem gambling. 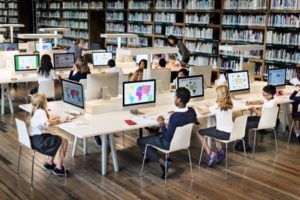 The USA is constantly underperforming in worldwide education tables, and this is largely due to the inequality of education in our country. Those attending suburban schools in leafy areas are way more likely to achieve positive results in comparison to students from urban areas.

There is undoubtedly a class and money issue at play here, but perhaps the government needs to look at catering to specific needs in terms of education. History, Mathematics, and English Literature have long been a staple of the education world, but how do they benefit the country in areas with no appetite for them?

If a child shows an interest in a traditional craft such as joinery, plumbing or becoming an electrician, but doesn’t know who signed the Declaration of Independence then what should schools do? Haul them away from something that could see them prosper in the future just so they know their history? 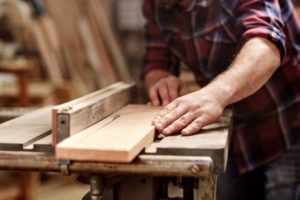 Schools should provide children with practical advice and the government should be investing in apprenticeships in order to get those who aren’t academically motivated prepared for work and armed with the tools they need to be a success in later life.

If the United States implements all of the things mentioned in this article then we will indeed be on track to make America great again and I will undoubtedly be President of this great nation… No, obviously not, but these changes could help the country on its way to economic prosperity and being a more equal society.

This post has been contributed by Phil Spencer and is published in accordance with our disclosure policy.