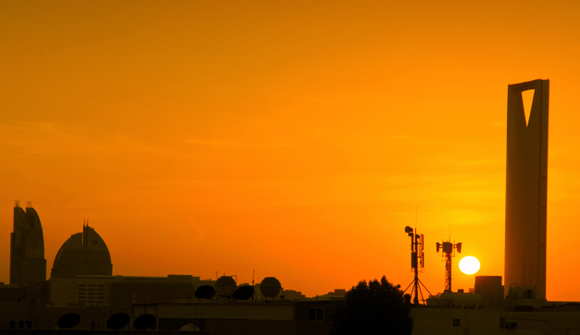 Will the U.S. fall for Saudi Arabia's deliberate provocation in killing of Shi'ite cleric?… Saudi Arabia's execution of a prominent political leader of the monarchy's Shiite minority has worsened Mideast tensions and is forcing the Obama administration to decide if there are any limits to the outrages that the longtime U.S. "ally" may commit, as Trita Parsi explains. – Reuters

Dominant Social Theme: Saudi Arabia is out of control.

Free-Market Analysis: For several years now, we've suggested that those who steer the world's monetary system are gradually attempting to remove the dollar reserve.

The idea is to humble king dollar in order to create a basket of dominant currencies that can serve as the foundation for a bancor or some other global money.

The vision, as it is obviously being unveiled, is to have one worldwide central bank, one bourse, one regulator and … one money.

We've also suggested that economies around the world have gradually been leveled out. The BRICs have been raised while the West has been lowered.

To see this as a conscious terra-forming of the economic landscape is difficult. But the world's economic system did not emerge by accident. The BRICs' domestic economies are similar to those of the West, certainly from a financial standpoint.

Even competing global systems are based on similar patterns, as the BRICs are setting up their own version of the International Monetary Fund.

It has also occurred to us, and we have written about it, that the House of Saud is suffering from the intention of globalists to create an international money. As the Saudi kingdom provides the support for the petrodollar, the kingdom has become … possibly … expendable.

In fact, we have suggested that the relationship between Western financial elites and the kingdom is fraught at best.

This article, in fact, would seem to give further credence to our supposition. It shows clearly that the House of Saud – or those currently making decisions for it – are in a quasi-adversarial stance when it comes to the US in particular.

Here … more from the article:

There should be little doubt that Saudi Arabia wanted to escalate regional tensions into a crisis by executing Shi'ite cleric Nimr al-Nimr. On the same day, Riyadh also unilaterally withdrew from the ceasefire agreement in Yemen.

By allowing protesters to torch the Saudi embassy in Tehran in response, Iran seems to have walked right into the Saudi trap. If Saudi Arabia succeeds in forcing the United States into the conflict by siding with the kingdom, then its objectives will have been met.

This doesn't sound like a comfortable relationship does it? … One in which the Saudis do their best to ensnare the US in diplomatic and military conflicts.

There are other signs. Western media has been relentlessly negative when it comes to Saudi Arabia after years when the kingdom was rarely in the news. And the kingdom has responded, it seems, by going its own way more and more – judicially, politically and militarily.

…According to White House sources, President Barack Obama had to personally call King Salman bin Abdulaziz Al Saud to force the Saudis to take part in the Vienna talks on Syria this past fall. Now, by having cut its diplomatic relations with Iran, the Saudis have the perfect excuse to slow down, undermine and possibly completely scuttle these U.S.-led negotiations, if they should choose to do so.

One can make the case that such strategies are part of the dance of international relations. But until recently, Saudi interests and Western ones aligned fairly closely.

It is the Saudis that support the petrodollar and its reserve status by refusing to accept anything other than dollars for its oil. This basically places the world on a dollar standard when it comes to energy purchases. In turn, the US supports the fabulously wealthy House of Saud.

The best way for someone to destabilize the dollar would be to destabilize Saudi Arabia. If the House of Saud crumbles and no one else is available to support the petrodollar, the current global financial system would suffer convulsive shocks.

The House of Saud's control over oil supplies is less stable now. Fracking has weakened the grip of the Saudis over energy. The globe has gone from energy scarcity to energy plenty.

All these trends militate against the continued Saudi rule as now constituted. According to this article, it has forced the Saudi princes into a number of risky gambits.

Riyadh's calculation with the deliberate provocation of executing Nimr may have been to manufacture a crisis — perhaps even war — that it hopes can change the geopolitical trajectory of the region back to the Saudi's advantage.

This is surely a faint hope. When Western powers decide on a shift in policy, those who benefited from the previous policy often find themselves without recourse. This may be the fate of Saudi Arabia.

The fall of the House of Saud is being raised as a possibility these days. If it falls, there would certainly be a resounding crash and global economic realignment. The texture of monetary policy would be reconfigured worldwide.

It may seem like a far-fetched possibility but international finance is a strange game. What seems unusual today may seem commonplace tomorrow. History is replete with the fall of great houses. The House of Saud may not prove an exception.