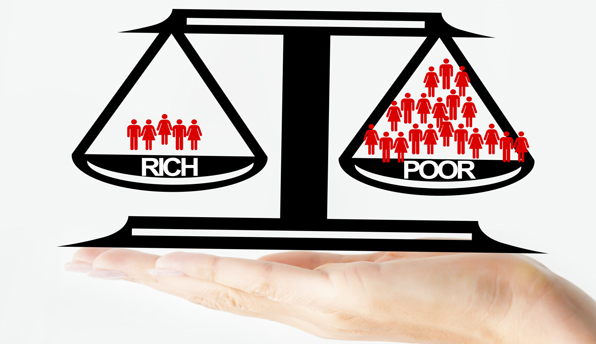 France: Senate Report Marks Another Milestone for Basic income  … After months of hearings and discussions with experts, the French Senate released a report on Basic Income recommending pilot projects. –Basicincome.org

In Canada, a basic income project is being tried, and now France is ready to try such projects as well.

You can see a DB commentary on the Canadian program here, one that expanded at the time along with programs, reportedly, in Finland and the Netherlands.

The idea of a basic income, provided by the government, is an exceptionally disturbing one.

Central banking debases money and prosperity. And government inevitably empowers the most corrupt and in the long-term reduces opportunities for almost everyone else.

The parliamentary commission on basic income was initiated in May under the proposal of Socialist MP Daniel Percheron. Under the ‘mission of information’ procedure of the French senate, MPs can form an ad-hoc committee to investigate specific topics and produce non-binding recommendations.

The 433 pages long report formally commits to the testing of a basic income in France, through three-year pilots involving up to 30,000 citizens.

The report also concludes that if the pilots showed successful results, the potential implementation of a nationwide basic income should meet the following criteria:

Be paid only to adult residents registered by fiscal authorities;

Be higher than the current minimum income scheme in France;

Be unconditional, although the money could be targeted to specific uses (in the form of vouchers);

Be financed by an important fiscal reform and partial replacement existing social benefits in a manner that favors the recipients.

Already, we can see controls being placed on potential payments. Once people come to depend on a “basic income,” they will be helpless to resist further control.

People are increasingly upset with monopoly central banks, which are basically debasement mechanisms operated by the most powerful and wealthy among us. Their removal is necessary if elites are not to further expand societal control via serial war and hyperinflation as they have in the past.

Unfortunately, if people see the connection between their own survival and central banks, criticism will necessarily lessen, along with activism to upend current monetary schemes.

No doubt, this is one reason the concept is being flogged with increasing power by Western bureaucracies that have the most to lose.

Instead of returning to free-markets and private money, those in charge of governmental processes are moving in the other direction. They obviously intend to expand all that is wrong with the current system in the hope that its pervasiveness will reduce criticism and heighten tolerance.

One can say plenty of nice things about a basic income but the reality is that governments invariably are not fair – and too often are merciless and even murderous. Those with the most clout will end up with the most money while those who are impoverished will get the least.

Conclusion: A government-initiated basic income will further entrench corruption and increase helplessness in the face of government intransigence, intrusion and exploitation. Divorcing income from the marketplace is a recipe for disaster.