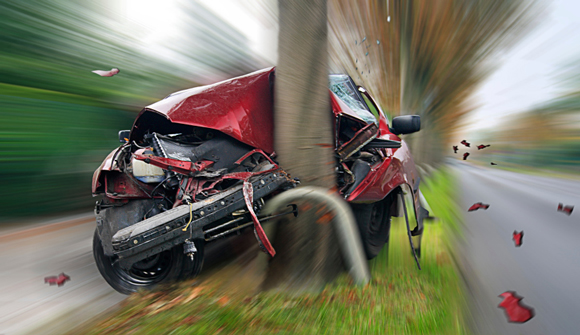 STAFF NEWS & ANALYSIS
Hackers Can Use Your Car to Kill You
By Philippe Gastonne - July 28, 2015

The Jeep's strange behavior wasn't entirely unexpected. I'd come to St. Louis to be Miller and Valasek's digital crash-test dummy, a willing subject on whom they could test the car-hacking research they'd been doing over the past year. The result of their work was a hacking technique—what the security industry calls a zero-day exploit—that can target Jeep Cherokees and give the attacker wireless control, via the Internet, to any of thousands of vehicles. Their code is an automaker's nightmare: software that lets hackers send commands through the Jeep's entertainment system to its dashboard functions, steering, brakes, and transmission, all from a laptop that may be across the country.

To better simulate the experience of driving a vehicle while it's being hijacked by an invisible, virtual force, Miller and Valasek refused to tell me ahead of time what kinds of attacks they planned to launch from Miller's laptop in his house 10 miles west. Instead, they merely assured me that they wouldn't do anything life-threatening. Then they told me to drive the Jeep onto the highway. "Remember, Andy," Miller had said through my iPhone's speaker just before I pulled onto the Interstate 64 on-ramp, "no matter what happens, don't panic." – Wired, July 21, 2015

The news last week that "friendly" hackers could seize remote control of a vehicle forced Fiat Chrysler to recall 1.4 million vulnerable cars and trucks. Fiat Chrysler said in its statement, "The Company is unaware of any injuries related to software exploitation, nor is it aware of any related complaints, warranty claims or accidents – independent of the media demonstration."

This carefully worded phrase may be true, as far it goes, but skeptics have suspected foul play in several fatal crashes the last few years. Their suspicions are suddenly more credible.

Buzzfeed writer Michael Hastings, for instance, died in a fiery Los Angeles crash in 2013 after his car suddenly accelerated straight into a palm tree. Why would someone hack his car and kill him? Consider his background.

While the generals enjoyed their golden parachutes, Michael Hastings went on to criticize the Obama administration's aggressive "war on journalism." On June 17, 2013, Hastings told colleagues in an email that he thought the FBI was pursuing him and he might need to go "off the radar." He contacted a WikiLeaks lawyer that same day.

At 4:25 AM the next day, his Mercedes crashed into a tree and exploded in flames. His widow later said he was working on a story about new CIA Director John Brennan.

So what happened? Maybe it is all coincidence. The FBI denied investigating Hastings. Maybe the journalist who took down one top general and elevated another just happened to fall asleep at the wheel.

We can't know for sure what happened to Hastings. We do know for sure that it is now technically possible to take control of a vehicle and make it do undesirable things, like crash into palm trees at high speed.

The hackers profiled in the Wired report are surely not the only ones with this ability. It's no stretch to imagine that CIA and Pentagon experts have the same skill. Would they use it to silence a critic?

Maybe they already did.