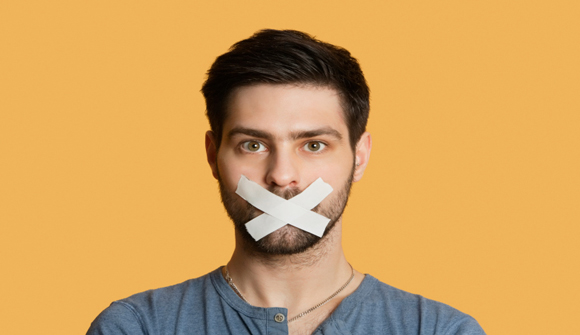 STAFF NEWS & ANALYSIS
Have you been a Victim of Free Speech?
By Simon Black - February 04, 2022

Canada’s “Freedom Convoy” is a group of thousands of truckers who have flooded Ottawa for the past week after driving across the country to protest mandatory vaccines for the trucking industry.

Despite being called a “small fringe minority” by Canadian Prime Minister Justin Trudeau, the convoy became 45-50 miles long as it traveled across Canada, with supporters lining highways and overpasses all along the route.

That’s why the province of Nova Scotia recently decided to ban congregating along highways.

This is really ironic when you think about it; people are protesting in support of their freedom, and the government’s response is to take more of their freedom away. It’s genius!

Naturally they justify their decision by citing the ongoing COVID crisis, and their emergency authority from March 2020.

Unvaccinated Must be Escorted in Quebec Walmarts

Quebec’s vaccine mandate to enter most stores has gone into effect, with an exception graciously allowing the unvaccinated heretics to buy food and medications.

But Walmart and similar stores which host grocery and pharmacy sections will be forced to provide an escort for unvaccinated shoppers, to make sure they buy nothing except necessities.

Naturally this is another cost that Walmart will pass on to customers— having to pay workers to personally escort unvaccinated shoppers around their stores.

The good news is that Quebec recently reversed its plans to force healthcare workers to be vaccinated, and also walked back its plan to tax the unvaccinated.

So it may just be a matter of time until governments realize that discrimination based on personal medical choice is unfeasible.

Spoiler alert: don’t read this if you want the ending to the 1999 movie “Fight Club” to remain a surprise.

For Chinese viewers, the real ending will always be a mystery.

China has edited the version of the movie Fight Club available to residents of China.

In the original version, Edward Norton’s character watches from his apartment as office buildings across the city explode in an attack on the governmental and financial establishment.

But in China, instead of buildings exploding, the movie now cuts to black. Text appears to explain:

“Through the clue provided by Tyler, the police rapidly figured out the whole plan and arrested all criminals, successfully preventing the bomb from exploding. After the trial, Tyler was sent to lunatic asylum receiving psychological treatment. He was discharged from the hospital in 2012.”

Counseling for College Students Who Are Victims of Free Speech

“If you (or someone you know) has been affected by a free speech event on campus, here are some resources…”

This is a real sign un-ironically offering emotional support to students at Colorado State University if they have been triggered by a speaker on campus.

Apparently students just cannot handle hearing an opinion which contradicts their own. Intellectual debate is now treated like a dangerous crime.

The Director of COVID-19 Response for the UCSF Parnassus Emergency Department is calling for California to drop its COVID restrictions.

Three other medical doctors and a nurse signed the open letter to Governor Newsom and top California state health authorities. The accompanying petition has gathered over 35,000 signatures.

It complains that “vaccinated individuals of all ages in this state have been waiting for a reward for their efforts in the form of a major relaxation of restrictions which they have yet to receive.”

The letter especially focuses on “the ongoing mental health crisis that is present in our children and teens due to social isolation and anxiety that has been created by this pandemic.”

The letter also points out “the potential developmental harm that is caused to infants and toddlers who do not get to see their caregivers’ and teachers’ mouths when they are being spoken to nor see their full facial expressions in their interactions.”

They urge health officials to shift to “a rigorous cost-benefit analysis for all COVID restrictive policies to ensure that benefit always outweighs harm, without disproportionately prioritizing prevention of COVID-19 transmission above all other health considerations.”

Meanwhile, Governor Newsom and the mayors of Los Angeles and San Francisco were caught not wearing masks at the recent Rams, 49ers game.

I guess the rules only apply to your kids.