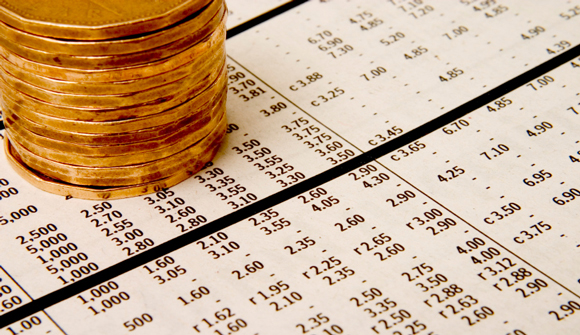 STAFF NEWS & ANALYSIS
Here’s why the gold price could really soar over the next two years
By Simon Black - October 14, 2019

At some point between the years 1483 and 1485, a Genoese businessman named Cristoffa Corombo had the opportunity to pitch his idea to King John II of Portugal.

This period was the dawn of what historians call the ‘Age of Discovery,’ a time when European explorers sailed all over the world opening new trade routes.

They were the tech entrepreneurs of their day, famous for their bold, absurdly expensive, and extremely high-risk ideas that often ended in catastrophic failure (or the mental/physical enslavement of countless people).

Due to the risky nature of these expeditions, the medieval ‘venture capitalists’ who backed them were typically royal governments.

There was an Arms Race of sorts emerging in the 1400s among European kingdoms to lay claim to overseas territories before anyone else had the opportunity.

And Portugal had the early lead– they were Silicon Valley. Prince Henry the Navigator had explored parts of the Atlantic and West Africa as early as the 1430s.

Corombo knew this. And that’s why he approached the King of Portugal first with a proposal: a twelve month voyage to cross the Atlantic, reach Asia, and return to Portugal.

The King was intrigued. But his advisers ultimately rejected the idea, believing that Corombo’s projections were way off, and that the venture was too expensive and risky.

So Corombo turned to the recently unified Kingdoms of Castile and Aragon in modern-day Spain.

Back then, Spain was like China today: it was rising rapidly, and everyone knew that Spain would eventually be the dominant superpower.

It took several years. But finally in 1492, the monarchs Ferdinand and Isabela funded Corombo’s venture. (Obviously we know him today as Columbus.)

And while his four main voyages to the Americas failed to achieve what he or his backers hoped, Columbus did at least demonstrate that there was tremendous potential across the Atlantic.

So Spain kept sending ships and financing new expeditions. And within 50 years, they controlled nearly all of modern-day Latin America.

The biggest prize for Spain in its rich new territories were the gold and silver mines.

The Spanish government kept careful records of the mines’ output, and modern historians estimate that tens of millions of kilograms of gold and silver were mined– worth potentially several trillion dollars in today’s money.

It was from all of this vast precious metals wealth that Spain became the dominant power in Europe, following the age-old Golden Rule: ‘He who has the gold makes the rules.’

Today our system is completely different; we’ve awarded dictatorial control of our money to a committee of unelected bureaucrats who conjure trillions of dollars, euros, yen, etc. out of thin air in their sole discretion.

Just a few days ago, the Federal Reserve announced plans to print $60 billion per month and loan it to the US government.

What value can money really have when it can be created from nothing and loaned, practically for free, to the federal government?

Were you or I to do this, we would go to prison on counterfeit charges. When the central bank does this it’s called ‘Quantitative Easing’.

This is why, more than five centuries after Columbus, and more than 5,000 years since it was first used as a form of money, gold and silver are still extremely relevant today.

Yet the national debt still increased by nearly $1.2 trillion. And the Treasury Department expects similar increases this Fiscal Year, and into the future.

It’s also worth noting that both the current US President, and every major candidate, wants a weaker US dollar.

And now the Federal Reserve is doing its part by cutting rates and printing money. (Europe and Japan are even worse off, with negative interest rates.)

Bottom line, there is no sound currency with strong, long-term fundamentals. And that’s why so many foreign governments and central banks are buying (literally) tons of gold.

And all of these factors– the debt, the deficits, the money printing, the interest rate cuts– they all weaken the US dollar. And they’re not going away.

Foreign government and central banks understand this. And that’s why they’re diversifying a portion of their reserves away from US dollars and into gold– an asset with a 5,000+ year history of maintaining its value.

It’s certainly reasonable to expect this demand for gold to continue.

As mining companies pull gold out of the ground and gradually deplete their mines, they have to constantly explore for new gold deposits… or acquire other companies who have found gold deposits.

But that hasn’t happened.

Over the past six years, the average mine’s remaining production life has fallen more than 30% worldwide.

And the total volume of acquisitions in the sector is down 67.5% from last year.

This shows that there simply haven’t been enough new discoveries to replace existing production.

And a recent report from S&P forecasts a decline in gold mining output within the next two years.

So– consider that global gold mining production could actually be declining at a time when there’s a surge in gold demand from foreign governments, central banks, and any other rational investor looking to diversify away from paper currency.

That could certainly have a huge impact on gold prices in the future.