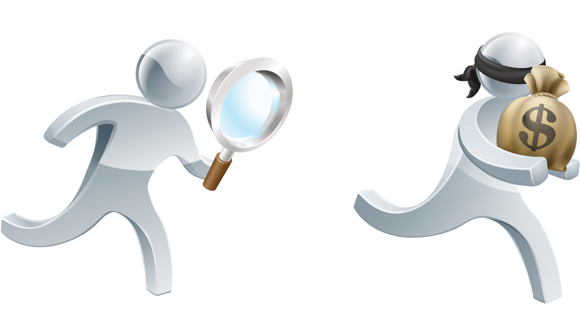 Attorney General Eric Holder has given the Justice Department an opportunity to rewrite his legacy as the lead federal prosecutor who refused to take on some of the most notoriously larcenous bankers in history. – Truthout

Free-Market Analysis: Predatory lending is a big meme these days. During the sub-prime postmortems it was brought up a lot. Apparently, if someone offers you money and you take it, you may have participated in a crime.

You're not at fault, of course. It's the fellow who gave you the money at what some would deem excessive rates. He's taken advantage of your naiveté since you won't ever be able to pay back the money you borrowed.

These criminals, we are told, should be prosecuted and put in jail. In fact, US Attorney General Eric Holder has announced a final attempt to do just that.

Attorney General Eric Holder has given the Justice Department an opportunity to rewrite his legacy as the lead federal prosecutor who refused to take on some of the most notoriously larcenous bankers in history.

Holder said Tuesday that he has given his underlings three months to determine whether they can secure indictments against bankers who are widely believed to have committed fraud while issuing, packaging, marketing and selling the residential mortgage backed securities (RMBS) that caused last decade's multi-trillion dollar global financial meltdown.

"I don't know if I'm making news now or not, but I asked the US Attorneys who made those cases and who are still involved in these RMBS cases over the next ninety days to look at their cases and to try and develop cases against individuals, and to report back in 90 days with regard to whether or not they think they will be able to successfully bring criminal or civil cases against those individuals," he said in Washington, at a National Press Club event.

Bear in mind this is some six years after the initial crisis and Holder has come under attack for helping Wall Street avoid previous indictments. The Nation reported in August that Ben Wagner, the US Attorney in Sacramento, intended to file against JPMorgan in 2013 but both Holder and CEO Jamie Dimon halted the action – a move called "unprecedented" at the time.

"It's not every day that the attorney general of the United States postpones the filing of a civil complaint against a powerful Wall Street bank at the request of its CEO so that the two sides can cut a deal in private," Nation reporter, William D. Cohan wrote. "Whatever was in Wagner's complaint, Jamie Dimon did not want it to become public knowledge."

We can see that Holder's actions reveal his reluctance to engage in Wall Street litigation – no matter his rhetoric. More importantly, from our point of view, a lot of the analysis surrounding Wall Street prosecutions misses the point. If Holder addressed the monetary system itself, he might actually attack the problem at the root. But he has shown no inclination to go there.

He should. It is the central bank business cycle that ultimately undermined the packaged loans provided by Wall Street.

While the market was booming in the early 2000s, people were able to afford relatively high priced loans. They had jobs and even extra money to spend. But once the market crashed and the Great Recession began to spread, debtors found their mortgages to be more onerous. Soon enough, jobs were lost and the loan that had looked feasible had suddenly become unpayable.

A chain reaction detonated throughout US finance and eventually infected the world. It was the proximate cause but it was soon labeled the original and critical one. It wasn't.

The larger problem at the time – as today – was the easy availability of credit. And that had nothing to do directly with Wall Street and everything to do with the policies of the Federal Reserve. The problem as usual lay with the overprinting of money. The Fed, as always, printed too much. This came in for some initial discussion but most of those providing post mortems seemed strangely reluctant to pursue the issue.

After the crash, the traditional culprits were trotted out. Lax regulation was blamed along with the relaxation of lending standards by banks and such quasi-government facilities as Fannie Mae and Freddie Mac. Central banking escaped the brunt of the blame – at least formally. The mainstream media proved as reluctant as ever to explain the realities of modern economics and the disinformation of the Keynesian model.

The search for culprits is paramount in such situations. Back in the 1930s, Wall Street was blamed and the securities and banking industry was massively reshaped by government regulation. Central banking was hardly mentioned – and certainly not regulated.

We've reported on the fitful progress for a 1930's-style Pecora Commission to reconfigure Wall Street banking once again. Unlike the 1930s, those who wished to attack Wall Street have not been able to muster enough public indignation. But they continue to try …

No matter what happens with Holder's latest gambit, the necessity of attacking Wall Street is a critical one. Facing an "audit" and a far more knowledgeable and hostile general public, central bankers are desperate to deflect blame.

This is not to say that Wall Street acted laudably. But the system of monopoly money printing is what created Wall Street to begin with – and has consolidated it and elevated its abuses. Even the scandal-marred late 1800s did not do the kind of economic damage that a century of central banking has accomplished.

End monopoly money printing and you will likely deal Wall Street a deadly blow. Deprived of huge money flows, Wall Street will gradually deflate and splinter. The vast "too big to fail" banks will break up. It is not, after all, a question of criminality but one of empowering a tiny group of men to fix the price and value of money week after week and month after month.

Someone might at some point even get around to asking Ben Bernanke why he hiked rates aggressively in the mid-2000s – as Forbes has asked – inverting the yield curve and ultimately starting the market on its disastrous downward path. The answer would be just as entertaining as seeing Wall Street bankers hauled away in handcuffs – and probably far more enlightening.

But no one asks such a question. No one attacks the root causes. And thus there is a certainty that the disasters of the later 2000s will reoccur. The Wall Street Party will give way to a tremendous bust. It is inevitable. Washington has engaged in public relations rather than problem solving. What else is new?