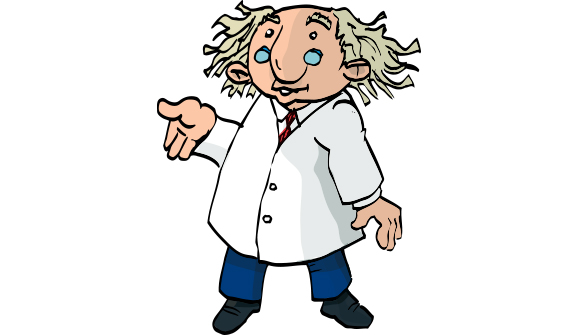 Historic Mistake Watch … When the Fed began its talk of "tapering" asset purchases, I warned that it might turn out to be a "historic mistake". I guess the historic bit is still up in the air; but the mistake aspect is now glaringly obvious. Bond prices have plunged, and the Fed's attempts to inform markets that they've got it all wrong have only modestly mitigated the impact. What went wrong? The Fed grossly misunderstood the nature of the relationship between its statements and market expectations. – New York Times

Dominant Social Theme: If those running the Fed would just listen to Paul Krugman everything would be okay.

Free-Market Analysis: Paul Krugman has decided, as he does in almost every column, that if he were in charge of monetary policy, the world would be a better place, especially the US.

For Krugman, who is a winner of the "fake" Nobel Prize in economics, money is paper printed by a monopoly central bank and crammed down the aggregate throat of the electorate.

There is no room for choice or voluntarism generally in Krugman's world. Here's more:

The market … listens to the tone of Fed statements, and also Fed actions; it's more a matter of character judgment than mathematics. And what the Fed conveyed with the tapering talk was a sense that its heart really isn't in this stimulus thing.

So what's the point of Fed communication? Mainly it's not about the specific numbers; it's about conveying what kind of central bankers we're dealing with, and hence what they're likely to do in the future. Talk of extended easy money can help the economy now precisely because it makes the Fed sound like it's not a conventionally-minded central bank, eager to snatch away the punch bowl; even asset purchases work mainly because they reinforce that impression of unconventionality.

But when the Fed starts talking about tapering at a time when unemployment is still very high and inflation below target, it undoes all of that good work; suddenly the FOMC starts sounding once again like a group whose fingers are already twitching as they fight the urge to grab that punch bowl. Undoing this damage is going to be very hard. One thing that will matter a lot, however, is the choice of Bernanke's successor. If she's a well-known dove, that could help a lot. If he's, say, someone known for saying things like "stimulus is sugar", look out below.

According to Krugman, a dove is needed to run the Federal Reserve. This is because the Fed needs to keep printing trillions of dollars in order to prop up the US economy that in turn props up the world.

But what does all this artificial money do?

Why, it creates an artificial economy.

No one really knows what a real economy would be like at this point, certainly when it comes to the US. Whole industries have been created based on central bank monetary stimulation. These rise and fall with the business cycle, leaving people stranded in the ruins.

These days, the West generally is assaulted by a phony environmental economy that would not exist without government guidance and the gouts of money.

But none of this is ever examined by Krugman. For Krugman there is the "economy" and there is "stimulation" that is supposed to bring the economy back to normal.

Yet in the West, in the 21st century, there is no normal economy. Western economies, in fact, are not derived from the market but from government price fixing and regulatory fiat.

A normal economy is one that would arise outside of the developed elements of regulatory democracy. It would evolve in a communal fashion based on competing money, gold and silver and the voluntary choices of tradesman and businesspeople everywhere.

There would be no corporations or other entities as we understand them today based on judicial fiat. People would create their own institutions within a voluntary context.

Economies that are force-fed via monopoly ticker money and organized via regulatory authoritarianism are going to be neither healthy nor normal.

To insist on printing more fiat paper in order to puff up the distorted industrial and agricultural facilities of the West simply invites the same catastrophes to take place at a slightly later period.

One will find none of this in Krugman's repetitive analysis. He simply wants to debase the currency to keep the current foundering system in place.

This is a pundit?