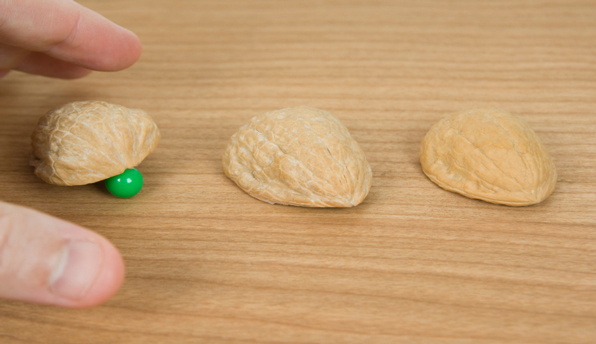 STAFF NEWS & ANALYSIS
How Obamacare Could Lead to Single Payer Sooner Than You Think
By Staff News & Analysis - January 21, 2014

Obamacare At 'Significant' Risk of 'Death Spiral,' Economist Warns … Economist John Goodman, who warned last October that Obamacare could plunge into a "death spiral" if not enough young, healthy people signed up for coverage, says that danger is now "significant" following news that the Obama administration failed to hit its young adult enrollment target. "I think there is a significant problem here," Goodman, president and CEO of the National Center for Policy Analysis (NCPA), told CNSNews.com. – CNS News

Dominant Social Theme: We'll get it right. We just need to do some tinkering.

Free-Market Analysis: Reading this article, we realized how the ol' switcheroo could take place that would shove Obamacare into a kind of "single payer" mode. It's not so hard to project – and it could happen sooner than any of us think, apparently.

Of course, such analysis could be looked on as "paranoid" or conspiratorial, but we're well past labels when we look at what's going on in the West. Maximum complexity has been reached, in our view. And not just complexity, but deviousness, authoritarianism … in fact, whatever negative characteristics you can attribute to Western institutions are either in play or feasible.

That's what bigness does. And the current system of Western corporatism (fascism) loves bigness because bigness does three things. It imbues corrupt and incompetent facilities with an aura of inevitability and expertise;, it allows the authors and controllers of these facilities to retain anonymity and, most importantly, it continually consolidates power.

Maximum bigness supports maximum deviousness. Those who put Obamacare together – and there was no reason for this tortuous exercise in faux-capitalism – certainly hoped that it would give way to single-payer socialism. But what if the system was not merely badly implemented and incompetently created? … No, what if the system had actually been cleverly designed to collapse in on itself in such a way as to produce the hoped-for outcome?

That's what this article seems to suggest. If, indeed, Obamacare does not provide insurer solvency by means of its "exchanges" then apparently the federal government will have to ensure that the system functions.

And once the feds are involved, there will likely be FURTHER consolidation because the feds will be footing the bill. And he who pays makes the rules …

Here's more from this eye-opening article:

And the younger people just aren't buying it. "Part of the problem, I think, is that it's been so difficult for people to sign up, and so the only ones who've persevered – sometimes trying a hundred times – are people who really have serious health problems."

A death spiral – the insurance pool equivalent of bankruptcy – occurs when too many older and sicker people sign up for insurance relative to the number of younger, healthier people, Goodman explained, forcing everybody's premiums up.

But as premiums rise, even less young people sign up for coverage. "That's what we're seeing so far," Goodman told CNSNews.com. "Over half of all the people who enrolled are above the age of 45, and older people are more expensive [to insure]. We're also seeing 20 percent of the people who are enrolling are going for the gold or platinum plans. Those people tend to be sick. They're buying the more comprehensive plans because they plan to use a lot of health care."

… When CNSNews.com asked Goodman how Americans would know if the system was crashing, he replied: "Well, there won't be any neon signs that say 'Death Spiral Underway,' but what you'll see is premiums keep rising, and if premiums keep rising, then fewer healthy people will buy in and we may get to a point where you need government subsidies to prop the whole thing up. By that I mean government subsidies to the insurance companies."

CNSNews.com asked Goodman whether he agreed with Washington Post columnist Ezra Klein, who argues that "the risk of a 'death spiral' is over." He replied: "Well, no, and it turns out that 80 percent of all the people who signed up so far are getting subsidies. Well, they need lots of people who have higher incomes and who aren't going to get subsidies. And if those people are unwilling to pay the high premiums that are being charged, then they're in trouble. …Everybody is worried, and no one's keeping the fact that they're worried a secret," Goodman added.

Notice Goodman harps on the "worry" – as in those who put together this monstrous, devious botch are really concerned about the end user. We find that hard to believe, though certainly all concerned will try to keep up pretenses.

Millions of words have already been written about how Obamacare is unstable and could eventually fall apart. But what if its creators intended that? What if the instability and incompetent rollout was entirely intentional? What if this ongoing disaster leaves no other option but a federal takeover?

Sure, there'd be wailing and gnashing of teeth, but at the end of the day, if necessary, fedgov would step in and prop up the system, just as Goodman predicts. And thus, in one proverbial swoop, the entire insurance industry – already fatally compromised by its support of this boondoggle – would find itself federalized.

Now, one can point out potential difficulties with this scenario, starting with the intentions of the insurers that supported Obamacare. But one has to recall in this age of corporatism that several Swiss academics did a study that found that the ultimate control of the West's myriad corporations resided in only about 150 mega-corporations. Of course, we would take that control even further. Via various private trusts and anonymous shareholding it is surely possible that those 150-plus corporations are even more consolidated.

The point is, there is plenty of pressure from various internationalist groups and individuals to continue to consolidate the production of Western goods and services. And much of the bankroll for this enterprise comes from the apparent control of central banking. The fabulous riches of money printing have surely helped inordinately with the current consolidation.

And, thus, there is every reason to believe that while US insurers seem to act "independently," their top men actually follow orders of those even higher up in the corporate hierarchy.

Nothing else makes sense. The insurance companies that cooperated with the Obama administration have likely slit their collective throat. Are we supposed to believe that the high-priced management of these companies didn't foresee the current scenario? They didn't understand that the jaws of Leviathan could certainly grind down on them once they had placed themselves in a position to be appropriately macerated?

Much of what we are reading about Obamacare doesn't make any sense. Here is a system that was so badly botched that even now it doesn't include the most rudimentary safety features to prevent hacking of sensitive user data. And when the system was rolled out, it apparently didn't work at ALL.

Now it turns out that the system's setup was a gamble on numerous fronts. Most obviously and incomprehensibly, a certain level of participation was supposed to be reached by those who have the least reason to involve themselves.

We figure it won't be long before the cry goes up in Washington DC that youngsters not participating in this system ought to be penalized in some way. This sort of coercion, too, were it to take place, would seem to indicate to us that Obamacare had irretrievably set off down the road toward "single payer."

And what of Obama, himself? He doesn't have to do anything but look concerned – and play more golf. And take the heat. Maybe that's the real definition of his job.