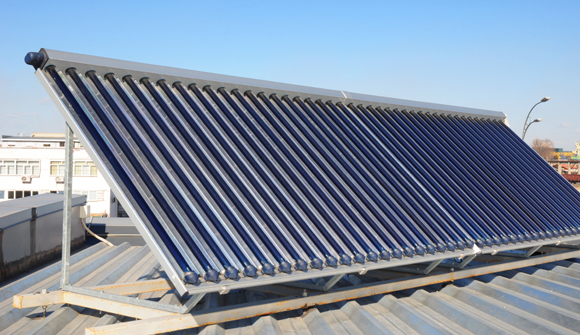 The corporate tax cut in the new tax law is a big deal. The top rate went from 35% down to 21% flat, across the board. I hate taxes in general, but that reduction is nothing to shake a stick at. It makes America competitive for businesses, and you know how I love to talk about the competition among governments.

Okay, so it seems we have a federal government in place that actually understands economics. After all, Trump is a billionaire businessman! He totally gets how-

Annnd he just applied tariffs to some foreign goods. Sigh.

The tariff applies a 30% charge on imported solar panels, and 50% on large residential washing machines.

It is tempting to say, oh well at least that will help American manufacturers. And indeed, the tariff was applied with nationalist protectionism in mind.

The tariff was imposed at the request of two domestic solar panel manufacturers, Suniva and SolarWorld, which have been struggling recently against cheap solar panels coming from China. The tariff, recommended by the bipartisan U.S. International Trade Commission, is designed to help these companies compete for the domestic solar market.

Obviously, this makes the cost of solar energy rise. And when considering solar, people base their decisions largely on cost savings. Five grand is a huge sum to overcome.

Rising costs suppress demand. This will hurt American solar companies which use foreign panels. And it turns out, making the panels accounts for a tiny minority of American manufacturing jobs in the solar industry.

Panel manufacturers, the beneficiaries of this new tariff, make up a small part of the overall solar industry. An analysis by the Solar Energy Industries Association (SEIA) estimated that the solar industry employed approximately 38,000 people in manufacturing jobs in 2016, and only 2,000 of those manufactured panels. The other 36,000 workers built mounting systems, inverters, tracking systems, and other auxiliary hardware.

And the tariff phases out after 3 years! You probably won’t save $5,000 in energy costs in three years with solar panels. So you might as well wait until the tariff expires.

This won’t help American solar companies, it will just make people delay installing solar. This could end up slaughtering the entire solar industry. It almost makes you wonder if the real reason is to protect coal and oil energy producers.

“The president’s action makes clear again that the Trump administration will always defend American workers, farmers, ranchers, and businesses in this regard,” U.S. Trade Representative Robert Lighthizer said in a statement announcing the decision.

Absurd! This hurts every American who wants a choice in energy.

This hurts any American who wants to be energy independent instead of relying on the grid and power companies.

It hurts Americans employed in every other sector of the solar industry.

And the tariff likely will not even help the couple solar companies it was intended to protect. Their costs won’t decrease, they will only seem competitive by comparison with artificially expensive foreign products.

One of those companies, Suniva, filed for bankruptcy last April. The other, SunWorld, is a German subsidiary.

So Trump is protecting a bankrupt American company, and a German company, while jeoparding tens of thousands of American jobs in the viable solar panel mounting industry.

Tariffs are just another way to mess with the market. And government intervention in the market always makes things worse.