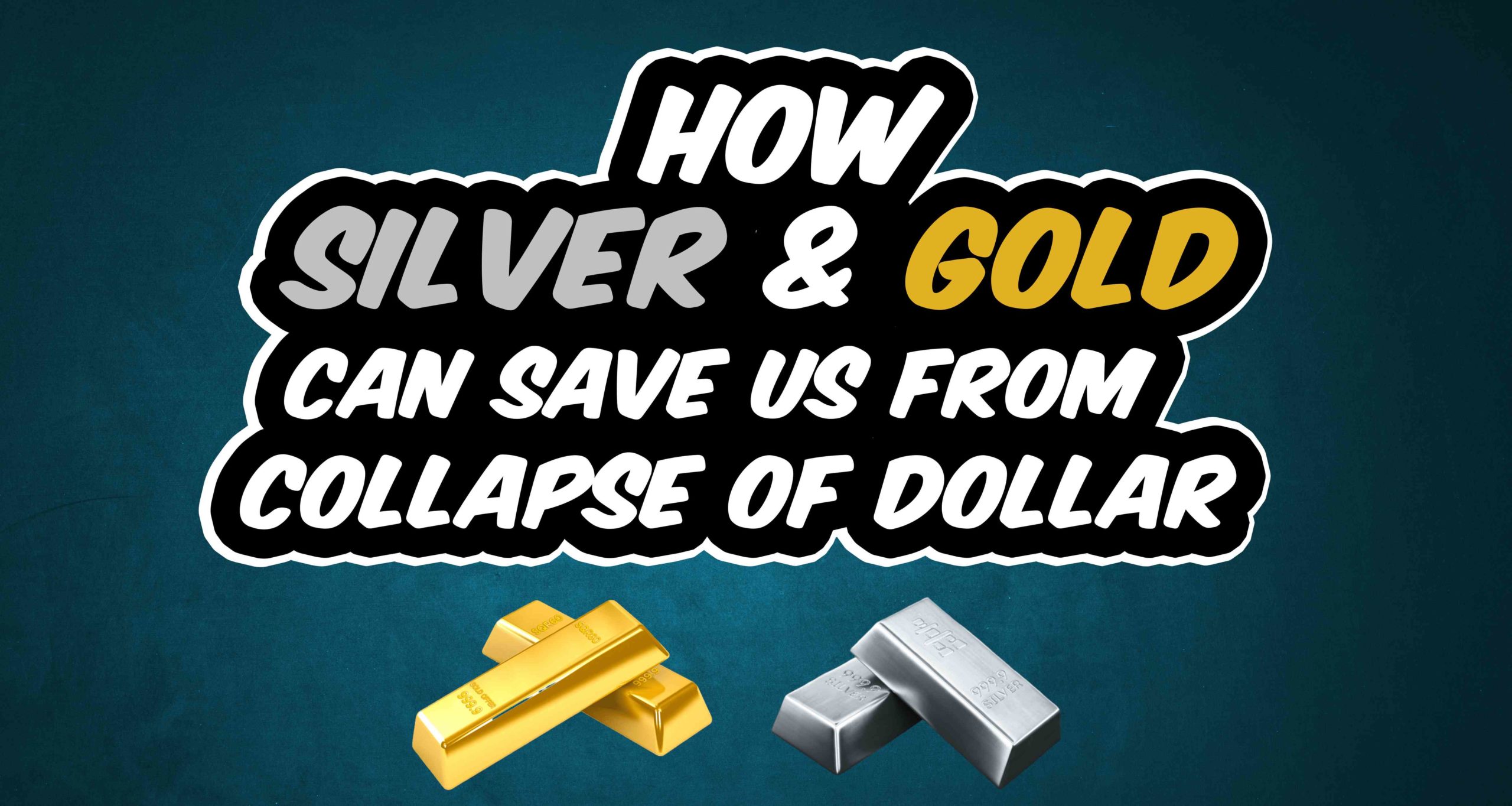 STAFF NEWS & ANALYSIS, Videos
How Silver and Gold can save us from the collapse of the dollar
By Joe Jarvis - July 15, 2020

Silver and gold might not be as exciting or revolutionary as cryptocurrency.

But 5,000 years of history shows these precious metals are the ultimate lifeboat for a sinking ship.

If you are 100% certain of the future, if you have it all figured out, if you are entirely unconcerned about civil unrest, and a collapsing banking and monetary system, then there is no need to read on.

But if you have looked around recently, seen the world falling apart, and felt a complete lack of control– here is your ticket to sleeping a little easier at night.

This is all about how precious metals are the ultimate insurance policy in a world gone mad.

No one knows exactly how or when the dollar will collapse. But based on the trillions and trillions of paper dollars, currently being conjured out of thin air, the days are numbered. And we don’t have to know the specifics to benefit from a precious metal insurance policy.

We just have to understand that in tumultuous times like the ones we are entering, precious metals have always retained their value, or even grown in value, in terms of real purchasing power.

According to SovereignMan.com’s free Ultimate Gold and Silver Guide:

Since 1700, between hyperinflations, wars, countries’ declarations of independence, new currency blocs, or replacements or discontinuances, over 650 paper currencies have come and gone. That’s, on average, a destruction or replacement rate of roughly two currencies per year… for over 300 years.

Meanwhile, through all of these dislocations, notwithstanding a few dozen years, gold has been a reliable form of savings. Yes, day-to-day, month-to-month, and year-to-year, the price of gold can fluctuate inexplicably.

But over the long term, whether you’re comparing loaves of bread, home prices, or government tax revenue, gold, unlike paper currencies, REALLY holds its value.

Plus, gold and silver rise in value every time governments go on money printing sprees.

This is because limited by scarcity, precious metals actually provide a useful benefit– storing and exchanging value. When the paper currency we use no longer provides a store of value or medium of exchange, precious metals step in to provide that important tool.

There are plenty of recent examples of this happening.

After the 2008 financial crisis, the government also went on a money printing and spending binge.

The same thing played out just after the dollar was taken off the gold standard altogether by Nixon in 1971, the US was hit by terrible stagflation– a period of high unemployment, high inflation, higher taxes, higher debt levels, and pitiful economic growth.

The stock market produced dismal returns, and bonds earned less than inflation, which peaked at 10% per year.

But by converting some savings into gold or silver, people were able to safeguard the value of their wealth.

Gold opened the decade at a price of $36.56– the official US government price before Nixon abandoned the gold standard.

Looking at those two examples, you might be wondering why silver outperformed gold, in terms of percentage increase.

That is related to the historic ratio of silver to gold. In historic times, one ounce of gold was equal to about 10-15 ounces of silver.

In modern times, that ratio is closer to 50:1 meaning one ounce of gold has the same value as 50 ounces of silver.

But looking at the current gold and silver prices, the ratio is hovering around 100 ounces of silver to 1 ounce of gold. It even hit a historical high of 120:1 in March 2020.

And in the past, the ratio has always corrected. When silver and gold spiked following the 2008 financial crisis, the ratio went all the way down to 35:1 by 2011.

But for all these reasons we are discussing it is pretty unlikely that the ratio gap will close from gold dropping in value.

More likely gold continues to increase, and silver increases by an even larger factor, just like during the financial crises in the 1970s and 2008.

But remember, it’s best to think of precious metals as an insurance policy, or even savings account, rather than an investment.

It’s not that gold or silver was actually worth more at the end of these economic crises. It is that the dollar was worth so much less. Ever since the dollar was taken off the gold standard, it has not provided a store of value– inflation erodes that value every year.

And the massive amount of dollars being printed by the Federal Reserve and borrowed by the government could make the inflation rate skyrocket. That is especially true as the economy contracts.

This is a simple matter of supply and demand. More dollars are in circulation, at the same time fewer goods and services exist to be purchased by that growing supply of dollars.

There is one final reason to expect the price of gold to rise.

Gold is in higher demand from central banks looking for a safe haven. But at the same time, very few large gold deposit discoveries have been made recently, compared to previous decades. It is the exact opposite situation as the dollar.

If you want to learn more about how gold and silver can protect your savings, I suggest downloading Sovereign Man’s Ultimate Gold and Silver Guide. It is absolutely free, and goes into much more detail about why gold and silver are so compelling right now.

It covers, for instance:

The price of precious metals is already rising, and you don’t want to wait for a dollar collapse to think about what to do next.