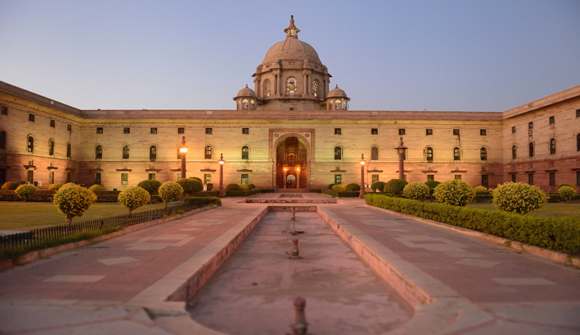 India world's second most trusted nation, says survey … Moving up the ranks, India has emerged as the second most trusted country in the world in terms of faith reposed on its institutions even as globally trust levels have fallen, says a survey. As the world's rich and powerful gather in the Swiss resort of Davos, a study by public relations firm Edelman has found that general level of trust in institutions among college-educated people around the globe are at levels not seen since 2009 in many of the markets it surveyed. Trust in institutions in India has improved sharply in 2015 with the country moving up three notches to the second place among 27 nations. – Times of India

Dominant Social Theme: Governments are being trusted more and more.

If India is the second most trusted nation in the world, then God help the others. Here's what Wikipedia has to say about India:

Most of the largest sources of corruption in India are entitlement programmes and social spending schemes enacted by the Indian government. Examples include Mahatma Gandhi National Rural Employment Guarantee Act and National Rural Health Mission. Other daily sources of corruption include India's trucking industry which is forced to pay billions in bribes annually to numerous regulatory and police stops on its interstate highways.

We're supposed to believe that public opinion, so realistic about India in the past, has embraced a kind of cock-eyed optimism.

Is Modi the cynosure of this newfound confidence in Indian affairs? In fact, we've followed Modi since his tenure as the head of the Indian state of Gujarat, which he tried to turn into some sort of pan-global "special zone" by giving away large chunks of real-estate and commodities.

It was no doubt Modi's global globetrotting that attracted international attention to him, and subsequently led to his current position. But that surely doesn't explain this larger Indian conversion.

Nonetheless, the article touts this result in the most confident terms, contrasting India's ascent with less encouraging news.

Brazil, Malaysia, France and the US are among the 8 "neutral" nations as per the trust index, the survey said. India, which last year saw BJP-led NDA government storming to power at the Centre, stands tall.

According to the report, an "alarming evaporation of trust" has happened across all institutions, reaching the lows of the Great Recession in 2009. Trust in government, business, media and NGOs in the general population is below 50 percent in two-thirds of countries, including the US, UK and Germany, it said.

From fifth most trusted in 2014, India has now become the second-most trusted in 2015 with a score of 79 percent in the barometer. The study has put Indian Prime Minister Narendra Modi's image on the first page.

Globally, the overall trust index was down a percentage point from the previous year at 55 percent. Trust levels in major developed economies, such as the United States, Germany and France, hovered around 50 percent.

The barometer shows waning trust in non-governmental organizations, media and business. Trust in government recovered somewhat but politicians remain the most distrusted group assessed at 48 percent. Interestingly, trust in politicians in India has grown to 82 percent in 2015 from 53 percent a year ago.

It's certainly hard to believe that Indians have more trust in their "institutions" than most other countries. We had one Indian businessman tell us not long ago that India was only tolerable because the amount of corruption meant that the most onerous regulations were rarely enforced.

And Modi himself is no anti-corruption crusader. As mentioned above, he generated critical support for his recent campaigns by throwing open Gujarat to the highest bidder. A capitalist he may be, but of the statist variety.

What is more revealing about this article than its lack of common sense is its appearance while Davos is in session. Presumably, the poll was released during Davos to provide some semblance of good news about "government trust."

Davos itself is an exercise in promotion. This has been especially evident to us this year with dominant social themes being reinforced throughout the conference. We wrote about them here: The Great Davos Echo Chamber.

There is for us, a whiff of desperation emanating from Davos. The themes seem repetitive and uninspiring. In the case of this report on government trust, the positive spin seems unbelievable, even incomprehensible.

As we have pointed out many times, internationalist manipulation at its bluntest is a brutal instrument relying on financial and military chaos to create conditions for further governmental oversight.

We are not there yet, but with promotional tools increasingly failing to deliver the requisite believability, we may begin to experience this "solution" sooner than later.