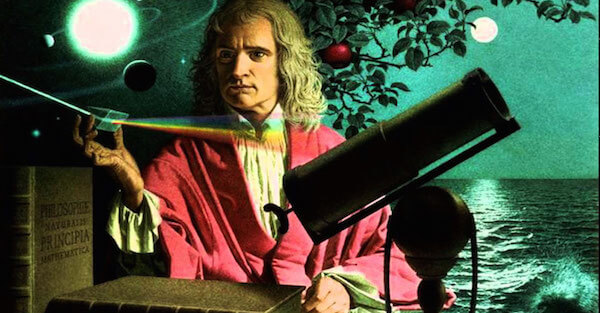 If Isaac Newton were alive today, he would almost certainly have over 100 million Twitter followers.

He was something like the Elon Musk of his day– a bit controversial, incredibly innovative, and always the topic of conversation. People were obsessed with Newton’s every word and action.

When news spread, for example, that Isaac Newton had invested in the famous South Sea Company, investors clamored to buy the stock… simply because Newton was in it. Sort of like Dogecoin.

The South Sea Company eventually collapsed after barely generating a penny in revenue; it still ranks as one of the biggest stock bubbles of all time, and Newton himself lost a fortune.

But the obsession with Newton never stopped. People even paid attention to things that he didn’t say to infer what he might be thinking.

In some of his earlier works, for example, Newton did not explicitly profess his faith in either the Catholic religion or the Church of England. Of course he didn’t explicitly state that the didn’t adhere to religious faith either.

But people took the omission as a sign that Newton was an atheist. (He wasn’t.)

Bear in mind that England in the 1600s was a highly puritan society; “atheist” was one of the worst things you could call a human being back then.

Yet with so many people assuming that Newton was an atheist, there was a sudden surge of interest in alternative spirituality. It became cool to question mainstream religious beliefs. And a number of philosophers emerged from this new trend that Newton never intended to create.

One of those was Charles Blount, who argued in 1679 that organized religion was not the will of the divine, but the product of human beings seeking wealth and power over others.

He described clergymen as having a “vain opinion of their great knowledge” and that they “pretended to know all things which were done in Heaven and Earth.”

And he considered most stories of the Bible to be contrived works of men that were “irrational and repugnant”.

Primarily Blount was merely arguing for intellectual independence. He didn’t care what people believed, so long as they reached their own conclusions.

Blount himself was deeply spiritual. Yet he was instantly branded an atheist.

Blount pushed back. He argued that ‘atheist’ was just a word used to defame someone with different ideas.

He compared ‘atheist’ to how ancient Romans used the term ‘barbarian’ to describe Germanic tribes as feral savages, even though many of the barbarian kingdoms were extremely cultured and civilized.

But Blount was effectively canceled. His books were censored, and he was financially and socially ruined. He died by suicide in 1693.

Another writer named John Toland took on the fight for intellectual independence, and published his first book in 1696, three years after Blount’s death.

Toland argued that human beings should not have blind faith in anything without first engaging in discussion, exploration, and intellectual discourse.

Obviously this infuriated the authorities; Toland was immediately labeled an atheist, and his books were condemned.

In Dublin, the Irish parliament went so far as to hold a public burning of Toland’s works on the steps of the capital on September 18, 1697.

Several governments ordered Toland’s arrest. His ideas were simply too dangerous, and they couldn’t have an evil atheist on the loose.

Toland managed to escape to Hanover and remained in the protective care of the much more enlightened Queen of Prussia.

This is still the case today; if one society has totally lost its mind, there’s most likely another one where you can feel safe, free, and unconstrained. Hanover was Toland’s Plan B.

Toland continued his work while in Hanover, secure from all the crazies who wished him harm. He became a staunch advocate for freedom of thought, later writing:

“Let all men freely speak what they think, without being ever branded or punished. . . [only] then you are sure to hear the whole truth.”

It’s notable that Toland is the first person to coin the term “free thinker”, and he lived during an era when being one was a terrible crime.

While in Hanover, Toland was subjected to endless scorn from “experts” back in England; more than FIFTY books were written criticizing his work and demeaning his character as an evil atheist.

Obviously Toland wasn’t an atheist either. Like Charles Blount before him, he simply had a different viewpoint and believed wholeheartedly in everyone’s right to intellectual freedom.

But that was more than enough for the ‘experts’ to censor him.

Another major development during this era was the authorities’ attempts to control information.

At this point in history, the printing press was having an extraordinary impact on social development; new ideas could be published and widely circulated at a speed that had never been imaginable.

Many politicians and religious leaders wanted to restrict this technology in order to prevent the spread of misinformation.

The Archdeacon of Canterbury complained in the late 1600s, for example, that the printing press was making it too easy for the “ignorant and unlearned… plebeians and mechanics… to demonstrate out of The Leviathan that there is no God.”

They didn’t like the ideas that were spreading… so their solution was to control the spread.

Now, if what I’ve written above sounds vaguely similar to our modern world, here’s the good news:

It took time. But eventually the critics and the censors and ‘experts’ (who were always wrong about everything) faded into obscurity, paving the way for the Age of Enlightenment in which scientific achievement and freedom of thought flourished like never before.

This is true about all forms of totalitarianism, whether you’re talking about the Soviet Union or extreme ideological intolerance. They always fail. Freedom wins.

But it’s a bumpy road to get there… which is why it’s always worth having a Plan B.