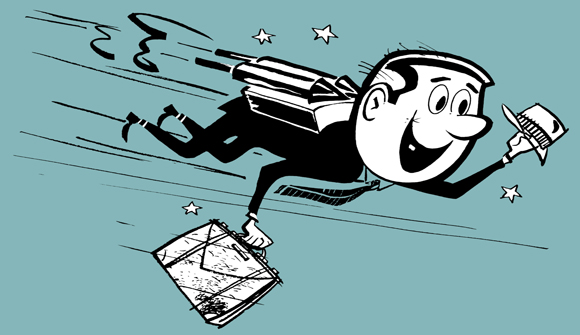 Cameron Announces U.K. Plans for Debut Issue of Islamic Gilts … Minister David Cameron said the U.K. plans to become the first country outside the Muslim world to sell a Shariah-compliant bond as soon as next year. Cameron laid out his government's intentions in a speech to the World Islamic Economic Forum in London. The Islamic bonds, known as sukuk, would be valued at about 200 million pounds ($320 million). Cameron also said London Stock Exchange Group Plc (LSE) is creating an Islamic market index. – Bloomberg

Dominant Social Theme: Excellence of British monetary minds … the finance is fabulous – come on down!

Free-Market Analysis: We've written many times that the United Arab Emirates was being used as a laboratory for Western finance. Well, they are, you see! This article certainly seems to confirm it. (Thanks, Hugo.)

"For years people have been talking about creating an Islamic bond – or sukuk – outside the Islamic world, but it's never quite happened," the prime minister said. "Changing that is a question of pragmatism and political will. And here in Britain we have got both. This government wants Britain to become the first sovereign outside the Islamic world to issue an Islamic bond."

The bond announcement is a reversal from the position that Robert Stheeman, chief executive officer of the U.K.'s Debt Management Office, set out in a Sept. 25 interview. Stheeman said then that offering sukuk was "not going to be value for money" and that something would need to change before Britain would shift its view.

"The government was previously looking at a relatively large program of sukuk issuance as part of its regular financing program, but this has now changed and the strategy is now to look at a more modest sukuk issue in order to derive wider benefits such as instigating activity in the Islamic finance industry," Steve Whiting, a spokesman for the DMO, said in an e-mailed statement. "By restricting the supply the government also believes it may result in a lower yield than a larger program."

Islamic bonds are typically backed by assets or cash flow because of the religion's ban on interest. About 60 percent of the world's sukuk is issued from Malaysia, according to Malaysia International Islamic Financial Centre. The lack of highly rated sterling sukuk constrains Islamic lenders in the U.K. because the Bank of England requires them to hold easy-to-sell assets as protection against short-term funding shocks, according to ABC International Bank Plc and Bank of London & the Middle East, or BLME. Islamic finance should be as British as "fish and chips," London's lord mayor, Roger Gifford, said at a sukuk summit in June.

You think Cameron gets up in the morning thinking about Islamic bonds? Doubtful. This is a City of London operation.

Islamic finance should be as British as "fish and chips," London's lord mayor, Roger Gifford, said at a sukuk summit in June.

What the hell is London's lord mayor doing commenting on sukuk issuances? Does New Jersey's Chris Christie set policy for the US Fed? Doubtful, but things are different in England, you see. As we've long pointed out, the top men in Britain take orders from the City of London, which is not even part of London, from what we can tell, but its very own tiny state.

Hoo-hoo … ha-ha! Pardon us while we clutch our sides and try not to fall down laughing. That's Cameron for you. He's obsessed with making London an Islamic capital of finance, one as "great" as Kuala Lumpur. Suuuuuuure he is!

These people – Cameron especially – are nothing but complaisant puppets. We suppose we'll hear from Prince Charles next, or even the Queen of England on the merits of drawing closer to the Middle East. No, this whole thing is run out of the City. The bankers are not only in charge; they're setting the pace and Cameron is dutifully echoing what they want said.

So what does this confirm for us? It seems to clear up a lot of suspicion. The wars going on in the Middle East are indeed the hammer, as we have often mentioned. The United Arab Emirates – that federation of little principalities – is the anvil. The Middle East is being Westernized. Islam is being reconfigured so that the big banks can do business around the world. There are about two billion Muslims and if you want a global banking system, you can't leave them out.

We caught on when Dubai began to build cities out of sand off the coast while erecting ski facilities in the middle of a mall. The antics were outrageous and it was obvious that they were being fueled by Western funds one way or another. Oh, they said the money came from Abu Dhabi, but all of the Arab Emirates dance to a Western tune just the way Saudi Arabia does.

That's a big sign right there. When the top Western bankers are involved nothing ever goes bust. When the bankers build a brand they keep it going no matter what. And Dubai is surely a brand.

You want to make some money? Follow the dominant social themes. Sometimes in the 21st century they work out well and sometimes they don't. In the case of the United Arab Emirates, at least Dubai and Abu Dhabi, the bankers are in for the long haul. They're patient fellows. Dubai – built on the shifting sands of a desert – will rise again.

Qatar is another one, by the way. This stamp-size country was tapped to "own" the Middle East's biggest Westernized media franchise – Al Jazeera – and now it's getting ready to host the FIFA World Cup in 2022. There's a lot of speculation as to why Qatar received such a prize, but we're not surprised at all. The bankers like these funny little countries. They can do what they want with them, and right now they're building them up.

Want a big salary? Take a trip over to the Middle East, find a tiny territory in the middle of a Western building boom and settle down. You'll probably do pretty well if you can avoid the cyclical downturns that inevitably follow this kind of manipulation.

Will it work in the long term? Well … the bet there is whether or not our Western titans of finance are going to pull this off. They've got to simultaneously destabilize their own countries while building up the rest of the world. And in the case of Islam they've got to overcome the hurdle that arises from Islam's ban on interest. The BRICs, the Middle East and now Africa are all scheduled for further development.

But what this assumes is that the billion or so people populating the West are not aware their countries and their lifestyles have been slated for demolition so that the rest of the world can be "evened out" before a fully international system of commerce and economics can be implemented.

That's the flaw, as we've long pointed out. The Internet itself has made people aware of these machinations. And the tribes of Europe are not to be trifled with if they ever get aroused, even more than the patchwork quilt of US immigrant cultures. They may seem quiescent and even docile but only 60 years ago they were massacring each other.

Time will tell whether the globalists are able to pull off something this ambitious. In the meantime, those so motivated might want to keep an idea on this kind of British financing. Somebody's probably going to make a currency killing, as the City itself is behind this Islamic monetization.

As for the rest of us … Well, we can all enjoy a good chuckle listening to David Cameron prattle on about Britain as a great cradle of Islamic finance. Hoo-hah, it's really killing us!