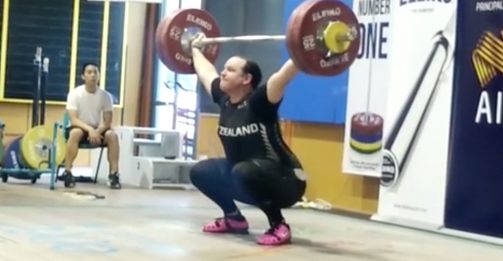 The transgender movement blurs the line between two words: gender and sex.

I am willing to surrender the word gender. The new definition of gender is that it is not a scientific term, but rather a cultural identifier of traits typically related to biological sex. So a biological male who feels like he fits the role society views as female could change his gender because gender is a social construct built around the cultural role of each sex. Since words like “he and she” can refer to gender or sex, to be polite I try to use a person’s preferred pronoun.

But I will not abandon the biological meaning of the word sex, which starts with the fact that men have an X and Y chromosome, and women have two X chromosomes.

These basic differences in the foundation of male versus female DNA present themselves in other biological ways. Men and women have different genitalia. They also have different natural levels of certain hormones present in the body. Male and female bodies tend to differ in size and shape. They tend to store fat and build muscle in different areas and concentrations of the body.

These biological differences also present themselves in varying physical abilities. In general, males tend to run faster than females.

To be sure, countless woman can run faster than most men. Every single elite professional female runner in the Boston Marathon could absolutely slaughter me in any foot race (and I am actually a decent recreational runner).

But the organizers of the Boston Marathon allow people to register their sex under whatever gender they identify as.

Now here is where the difference between these two words actually matters.

Defining the sex of participants in foot races is important because it separates two biological categories to make for a fair competition.

If this was not a physical competition where biological traits matter, then I would say, who cares. For instance, if this was an essay contest or math competition that was for some reason separated into male and female, sure, let participants register as whatever gender they wish. Their biological sex should not make a difference in competitions of the mind.

But in physical contests, this type obfuscation between gender and sex spoils the entire integrity of the competition.

“If they still have male gonads, they will have an advantage over other women — there is no way around that,” Bob Girandola, associate professor in the Department of Human Biology at the University of Southern California told the Boston Herald on Monday. “It gives them an unfair advantage. Maybe they have to have a separate category if they’re going to do that. It’s a dilemma.”

Dr. Alex Keuroghlian, director of education and training programs at the Fenway Institute, a health and advocacy center for the Boston LGBT community, disagreed in an interview the Associated Press.

“That’s a misconception and a myth,” he said regarding performance boosts due to higher testosterone levels. “There’s no physiologic advantage to being assigned male at birth.”

It is confusing that he uses the term “assigned” to refer to the sex. He could correctly use the phrase “assigned male at birth” when referring to gender, if gender is a cultural representation of sex-associated qualities.

Furthermore, Keuroghlian’s assertion is not supported by any data, scientific or anecdotal.

Testosterone and estrogen, among other factors, do affect the difference in athletic performance between the sexes.

Athletic differences between men and women have much to do with innate characteristics determined by genetics and hormones. These include height, weight, muscle mass, body fat and aerobic capacity. As a group, women do not run, jump or swim as fast as men…

Due to higher estrogen levels, women have more body fat than men. The leanest female athletes, such as top marathon runners, have body fat of approximately 8 percent, compared with 4 percent for their male counterparts. In addition, women’s bodies are less muscular, but their joints are more flexible, which gives them greater range of motion — an advantage in sports such as gymnastics. The wider female pelvis also affects the alignment and movement of the extremities. Men have higher levels of testosterone, which gives them a performance advantage in other ways.

The gender gap in athletic performance, as shown in records from Olympic competition, has remained stable since 1983. The mean difference has been about 10 percent between men and women for all events. The mean gap is 10.7 percent for running, 8.9 percent for swimming and 17.5 percent for jumping. When performances improve, the improvements are proportional for each gender. Still, in sports such as running, a woman who is fit and well-trained can outperform a man who is not. In shooting and equestrian competition, where physical balance and mental concentration are essential, women can compete on a par with men.

So if it all comes down to hormones like estrogen and testosterone, then transgender people on hormone therapy should be on an even playing field, right?

The problem here is that transgender men and women are at all different stages of transition. The Boston Marathon organizers do not ask the specifics, and it would likely be considered offensive to do so. Therefore a biological male could compete in the female category by simply identifying as the female gender.

“We are such a small percentage of the population that we generally just fly under the radar,” the athlete said.

The problem here is that runners must qualify for the Boston Marathon by running a certain time in a previous marathon. That qualifying standard is about 30 minutes different according to sex. So a male transitioning to a female would have an extra half hour to qualify to run the Boston Marathon as a female. And this means taking the place of another female runner, because of how competitive it is to get a number to race Boston.

Will other race directors have to play by Boston’s rules when certifying the time? Or will the Boston Marathon’s directors still take racers at their word, regardless of whether they ran the qualifying race as a male or female?

Another major issue would arise if an elite runner were to transition genders.

When it comes to the Boston Marathon, there is a big incentive for an elite male athlete to suddenly identify as a female.

This has already become an issue in other sports. A male started transitioning to female in his mid 30’s, and last year at the age of 39, won the female international weightlifting title. Test results showed that the levels of testosterone and estrogen in the blood were consistent with female athletes.

But this doesn’t take into account the effects these and other hormones had for 30 years of physical developement. Biological differences like heart size, pelvis alignment, and muscle fiber occur during the formative years of human growth. Not all of these factors are affected by hormone therapy, and the ones that are cannot necessarily undo years of development before therapy began.

In this case, it doesn’t appear that the athlete is in any way faking the desire to transition genders. But that doesn’t make it fair. It is really not right to force female athletes to compete with biologically male athletes.

To have an intellectually honest discussion about transgender issues, transgender advocates need to recognize the difference between the terms gender and sex. They should stop using these terms selectively whenever it suits their argument.

At this point, sex cannot be changed.

Hormones can be substituted and repressed. Physical characteristics can be altered to mimic the opposite sex. But sex itself, starting from the biological building block of X and Y chromosomes in the DNA, cannot be assigned or chosen.

*This article has been updated to reflect the controversy surrounding different Boston Marathon qualifying times for males and females.*