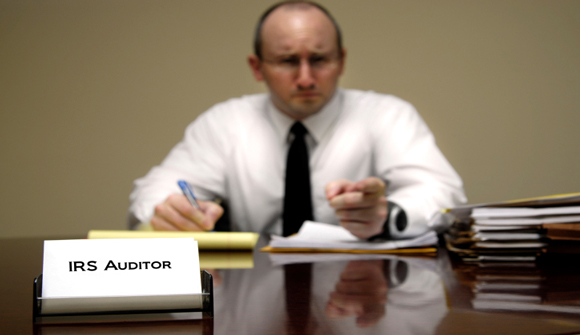 IRS chief to GOP: You can't abolish us … The IRS commissioner on Tuesday brushed aside GOP proposals to abolish his agency, insisting the U.S. would have to have a tax collector one way or another. "You can call them something other than the IRS if that made you feel better," the agency's chief, John Koskinen, said after a speech at the National Press Club. Republicans have heaped even more criticism upon the agency than usual over the last 22 months because of its improper scrutiny of Tea Party groups. – The Hill

Free-Market Analysis: What if you could get rid of the IRS? There are so many alternative forms of taxation that are likely preferable and simpler, one is certainly justified in asking: Why the IRS and its administration of progressive taxation?

Certainly it is well known that initially the US tax code included no such progressive provision. And even now there is a good deal of controversy over whether or not the current system is really "voluntary."

There are even some who have investigated the legality of the current system and concluded that the states did not ratify the amendment that made it the "law of the land."

Initially, the current tax code was presented to citizens as a way of extracting more revenue from the very wealthy. The tax code at the time was a very simple document. Today it is known most prominently for its complexity.

Because of the complexity and the idea that its administration is more and more a political weapon rather than a revenue-raising entity, the antagonism to the tax system is continually expanding.

Sen. Ted Cruz (R-Texas) perhaps has made the most prominent calls to get rid of the IRS. While launching his presidential bid earlier in March, he floated the idea of "a simple flat tax that lets every American fill out his or her taxes on a postcard."

Koskinen said Tuesday that, even under the simplest of tax codes, the federal government would need an agency to collect revenue and administer the tax code, something Cruz's own aides have also admitted …

But Koskinen also said he understands why politicians seek to tap into public anger at the IRS. Conservatives have become increasingly angry at the IRS because of the Tea Party controversy, but Koskinen insisted that an overly complicated tax code spurred much of the anger at his agency.

Koskinen is not necessarily correct when it comes to why his agency has so polarized Capitol Hill. There is surely real anger over the way the IRS has responded to charges that it treated conservative-libertarian Tea Party groups differently than Democratic groups when it came to allowing these groups to generate a tax-exempt status.

What was perhaps most troubling was the apparent coverup launched by the IRS regarding emails that might have showed clearly the apparent political bias – but these emails were supposedly lost and then only trickled out piecemeal.

Koskinen has claimed that the agency is trying to take actions that defuse the current controversies but it is difficult to see how that will take place with investigations still active and so many questions lingering.

Forbes, in fact, recently posted a story on Congressional action regarding the IRS. The article, entitled "House Considers Bill To Stop IRS Targeting, Fire IRS Employees Who Do," shows that there is considerable sentiment to clarify rules regarding IRS wrongdoing.

The House Committee on Ways and Means is busy with a bill that could change the IRS. H.R. 709, the Prevent Targeting at the IRS Act, calls for firing IRS employees who take certain official actions for political purposes. The fact that such a bill has been introduced makes you wonder. Isn't that the law already? Not really.

Everyone wants to feel secure that they will be dealt with fairly by the IRS. The tax system is full of special rules, and no one can master them all. Thus, one taxpayer may be treated very differently from another who is seemingly in the same position. That probably isn't fair, but don't confuse this with fundamental procedural fairness and non-discrimination. That is at the heart of the IRS targeting debate, and why the issue is so terribly important to the tax system as a whole.

… The proposal requires the IRS to terminate an employee who, for political purposes or personal gain, undertakes official action with respect to a taxpayer or, depending on the circumstances, fails to do so, delays action or threatens to perform, delay or omit such official action. An 'official action' here would include an audit or examination.

The point here is that if the IRS had clear rules there would be no need for further regulation. But the rules apparently are not clear and ultimately all IRS employees serve at the discretion of the commissioner himself.

Even if IRS rules were crystal clear, however, questions would certainly remain. Chief among them is the question of necessity. In a world in which central banks like the Fed can print some US$16 trillion – reportedly in a weekend – what exactly is the necessity for the an IRS-style tax collection agency?

The real answer to this question is surely control. The current system demands an intricate and deep level of personal accounting. These tax forms reveal more about individual financial situations than were likely known even to vast taxing systems of the past in Rome or China.

This is probably the real reason the current system stands despite its evident flaws and irrationality. However, with anger building and corruption more and more evident, the status of the IRS may not be so secure as Commissioner Koskinen appears to believe.

Like so many other parts of the US sociopolitical and economic system, the status of the IRS in the eyes of the citizens it "serves" is increasingly tenuous. In this "Internet era" it is part of the larger, looming cultural chaos that is overtaking a good deal of the current system.

Koskinen and others who proclaim the IRS's inevitability may be fooling themselves.