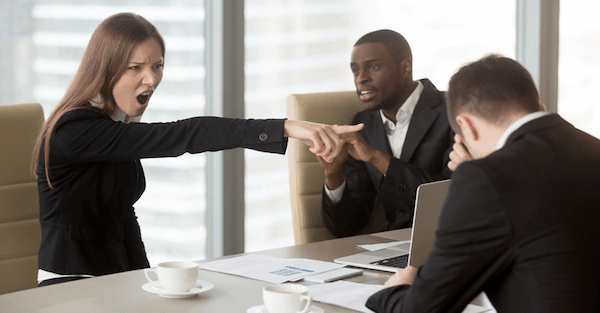 Are you ready for this week’s absurdity? You might want to grab a drink for this one… or take a moment to listen to some soothing meditation music.

Here’s our Friday roll-up of the most ridiculous stories from around the world that are threats to your liberty, finances, and possibly your blood pressure.

Let me ask you a question– how do you pronounce the name “Shea” ?

Well, for at least one person, a Ms. Shea Diamond, the name is pronounced “Shee-uh”. Easy mistake to make.

Most people would shrug it off, or nonchalantly state the correct pronunciation. No biggie.

But Shea Diamond, who is trans, took the microphone and immediately started preaching… telling the world that “It’s violence to misgender or to alter the name of a trans person. . .”

Seriously, lady, be whoever or whatever you want to be. No one cares.

But the hypersensitivity is really astonishing. Acting like you’ve been violently assaulted simply because someone mispronounced your name? It’s as if you’re desperate to think of yourself as a victim.

Perhaps even more astonishing, though, is that there was not a word of dissent from anyone at the town hall event… not a single person reacting with a “are you f**king kidding me??”

And naturally, Presidential candidate Julian Castro stood there nodding his head in agreement like a mindless stooge.

Rugby officials quit the game to avoid being labeled transphobes

Across the water in sunny England, rugby referees are quitting their jobs because they can’t voice legitimate concerns about the game.

Under England’s Rugby rules, trans women (who are biological males) are allowed to play in all-female rugby leagues against biological females.

The advantage that trans athletes have is pretty obvious, especially in a game like rugby that’s already so physical.

Trans athletes are breaking bones of other players who don’t have the same biological advantages, and a lot of referees are starting to have a big problem with this.

But they’re not even allowed to bring it up. “If you even ask the question [whether biological males should be able to play Rugby against biological females],” one referee told the Times of London, “you’re told you are a bigot.”

Again, the hypersensitivity is so extreme that wanting to have a conversation about biology in order to protect the safety of other players makes you a transphobe.

In order to sign up for Internet or phone service, China will now require its citizens to be verified by facial recognition.

Internet and cell phone companies will be required to compare customers ID cards against a facial recognition database, to be sure they match.

This will go a long way in helping the Chinese government track people and their online behavior. Anonymity online is becoming almost impossible.

France wants in on the action too.

The French government is about to require its citizens sign up for a facial recognition ID to receive social security, file their taxes, and access the banking system.

The government promises it won’t use the facial ID to track people in public. And I’m sure that’s a promise they will never ever violate ever until the end of time.

France’s government is going to put all of your biometric data in a centralized database, one that they’ve assured people is highly secure.

Nevermind that a different “highly secure” centralized government database was hacked in barely an hour by a penetration specialist who was testing for vulnerabilities.

I’ll be honest… I got spanked several times when I was a kid. It wasn’t a regular thing, but when I was out of line, it happened.

Yet somehow I managed to make it to age 40 as a (reasonably) well-adjusted adult.

Culture today is obviously different; it’s grown so soft that we have to treat everyone like delicate little flowers– especially children.

And Scotland’s government just took things a step further this week by criminalizing spanking, joining more than 50 other countries that have done the same.

We’re not talking about violence or abuse. This is about parents being able to decide for themselves how they want to discipline their own children.

Honestly, these days I think that taking a kid’s mobile phone or Internet access away is far worse punishment than anything else. But sending someone to jail for a spanking seems a bit extreme.

Ironically, the phrase “slap on the wrist” used to refer to someone who committed a major crime but only received a very light punishment, as in “Actress Felicity Huffman received a slap on the wrist after pleading guilty in the recent SAT scandal.”

But now a slap on the wrist can literally lead to jail time.