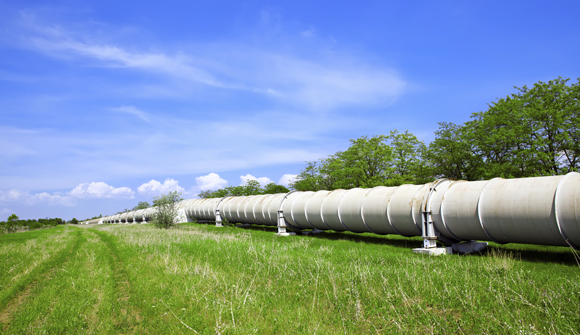 The Pipeline From Hell: There's No Good Reason to Build Keystone XL … No lasting jobs, no cheaper gas, and a chance to kill off one-fourth of U.S. farmland and maybe the planet. Why are both parties going all out to get such a crappy deal? The Senate will vote Tuesday on whether to authorize the construction of the Keystone XL Pipeline. The Republican-led House approved the initiative Friday by a wide margin. The Senate's still-Democratic majority will bring the bill to the floor for the first time because of newfound support for the initiative within the party, mostly to boost Sen. Mary Landrieu's bid for reelection in Louisiana as she heads into a runoff with Rep. Bill Cassidy, a Republican. Cassidy leads in every poll of likely voters in that race by an average of 5 percentage points. – TheDailyBeast

Dominant Social Theme: The Keystone XL Pipeline is a swell deal for those who believe in marketplace solutions to the energy crisis.

Free-Market Analysis: The Daily Beast is puzzled about why the Keystone Pipeline remains a viable political and industrial project when nothing much adds up about it; there is, in fact, little about its construction that fulfills the promise of its supporters.

Like so many large, modern projects, the pipeline's backers provide numerous reasons why its construction is beneficial. Yet Daily Beast journos have investigated the pipeline and found these promises to be hollow. At least that's the premise of the article.

Support for the pipeline has surged among Democratic legislators in the wake of the midterm elections, when Democratic senators in red states were swept out of office. Those that remain—among them Sens. Joe Manchin of West Virginia, Heidi Heitkamp of North Dakota, and Claire McCaskill of Missouri—are eager to boost their pro-energy, pro-business bona fides.

If Democratic support is new, Republicans' enthusiasm for the project is not. Friday's vote was the ninth time the House has approved the pipeline under a Republican majority. As soon as the midterm results had rolled in, the victorious party's messaging shifted en masse. Republican National Committee Chairman Reince Priebus made the TV rounds on Election Night, and by the time he arrived on The Daily Show's live edition, he had his message down to a T: "I think that what we're going to see is that the president's got to come to the table, and both parties are going to have to work together to get things done… It's going to take the president saying 'I want to work with you, I want to pass some of these jobs bills, I want to pass the Keystone Pipeline and get things done."

It's a well-worn, exceedingly vague message. From his phrasing, it seems that the pipeline is a no-brainer, a job-creation machine that enjoys support from Republicans and Democrats alike. Priebus mentioned it in seemingly every post-election appearance, references made their way into victory speeches from the GOP's biggest power players, and they've since declared the project's approval a top priority.

It seems America's two major parties are finally coming together in favor of a significant legislative initiative. But should they be?

The rest of the article answers this question. According to some environmental studies, the pipeline may have a deleterious effect on Nebraska's Sand Hill region and on the state's larger economy. (As a result of the controversy, the Obama administration has suspended a review of the project.)

Also, the article explains that the jobs being created by the pipeline will not be in the area of 2,500-20,000 jobs but more likely, after construction ends, in the area of 20 or so. "A rosier estimate, from the State Department's report and Newsweek, puts the number of permanent jobs at 35." However, that's only if there are no pipeline spills or other job-killing environmental disasters.

The article also claims that the pipeline won't much reduce US dependence on foreign oil. "The Keystone project is not an American one, but a global one, financed and favored by major multinational oil interests." The oil may not, after all, end up in US gas pumps.

These are reasons why Keystone is not worth building, among others. But the larger question that the article answers is why build it at all? According to the article, the answer is "politics and money."

The article spends a considerable amount of time explaining why this should be so, but it needn't have bothered. This is NOT, in our view, the reason for the construction of the pipeline, which we have analyzed at length in various Daily Bell articles.

Here's a recent one: Immigration Overhaul: NAU on Track?

In this article, back in April, we explained why Speaker John A. Boehner wanted to work with President Barack Obama on "immigration reform." We concluded that the two men shared a goal of creating a closer union between the US and Mexico, and perhaps Canada, too.

Now, after midterm elections, the Republicans under Boehner's watch have announced that the Keystone Pipeline is a priority. They are being joined by Democrats who want to appear pro-business after an electoral repudiation of the Obama administration´s socialism.

Like the NATFA superhighway before it, the pipeline is, in our view, intended to bifurcate the US and make many of the regions it penetrates superfluous. Social planners – and this is planning on a grand scale – are well aware of the damage that intrusive highways and other transportation facilities can do to surroundings areas. Uber-planner Robert Moses virtually destroyed the Bronx when he savagely slashed it with thruways.

We had a feeling that the pipeline would follow the route of the little-lamented NAFTA superhighway and after a little digging we presented this to our readers at the time:

We went looking for confirmation and, sure enough, we found it in an article posted at the Huffington Post a year ago.

We quoted the HuffPo article as follows:

… To those worried about a North American Union, the super-highway represented a dangerous new phase of … a project to create a super-state from Canada, Mexico and the U.S. Enter the Keystone pipeline. As some observers have pointed out, the Keystone's route is fairly similar to the route "proposed" for the NAFTA Super-Highway.

And so apparently the subterfuge continues. In some way, these neo-"Mosesians" (re: Robert Moses) will continue their efforts to divide the US into two distinct halves while connecting Canada and Mexico with a variety of vast transportation facilities.