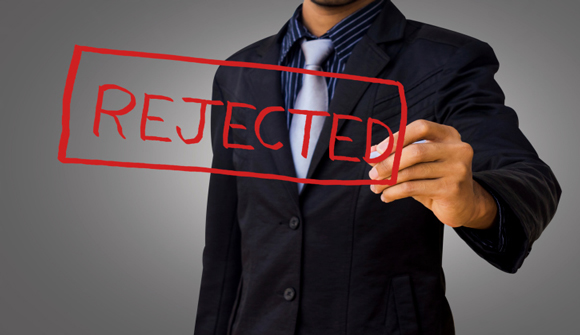 America is addicted to licensing. It sounds dramatic, but it’s true. Consider this recent incident out of Chicago: shocked by the death of an infant boy in his ward, who prosecutors say was murdered by his father, Chicago Alderman Ray Lopez took to Twitter in January to express his outrage.

He said he was tired of seeing tragic stories like this and had a plan to end them. “Time to start requiring childbirth licensing, conception fees or toddler escrows in order to be a parent,” the alderman tweeted. “If love doesn’t motivate good behavior, perhaps hitting their pockets will.”

For many Americans, the idea is shocking — and rightly so. But given the uptick in licensing and how deeply it has become ingrained in our culture, it may not be that far-fetched.

Indeed, in the last century, America has seen an explosion of licensing. As of 2020, nearly a quarter of all jobs require a license — a five-fold increase from 1950, when only five percent of jobs required one. Americans have become accustomed to requiring licenses to become a florist, a travel agent, and even a shampooer at a salon. If parenting really is “the hardest job there is,” it shouldn’t come as a surprise that people want to start licensing it, too.

And the alderman wasn’t joking, either. He stood by his stance after being contacted by the “Chicago Sun-Times,” saying that if he could make it happen legally, he would. However, he did acknowledge that such a thing would not likely be possible in America, stating: “I don’t think that there’s any way that we can truthfully license people to have children. This is not China. We’re not a Communist country with child-bearing laws.” Alderman Lopez is right. This is not Communist China, and thank God. China’s one-child policy led to an infanticide epidemic, undocumented children, forced abortions, and dangerous birthing scenarios that led to increased maternal mortality.

Those outcomes are tragic, but not surprising because government-mandated rules and licensure always come with unintended consequences. Requiring cosmetology licenses to cut and color hair led many aspiring stylists to take out thousands of dollars in debt for low-paying jobs. Requiring a license for hair braiding has saddled countless minority women with fines and even jailed one woman for practicing her all-natural heatless hairstyling. Like nearly every license, Alderman Lopez’s parenting license would unquestionably come with its own unintended consequences.

Lopez’s intent with a rule like that, of course, would be to prevent violent people from becoming parents, but nonviolent mothers who still fail to obtain a parenting license for some other reason will likely have their child forcefully taken away. With more children entering foster care than ever and a shortage of foster parents, the system has never been more strained. Taking children away from parents, then, would only add to America’s bloated foster care system.

Not only this, but it is likely many expecting mothers will not give the state a chance to take their child. It’s not hard to imagine a scenario in which a woman gets pregnant, told she has failed some “parenting test,” then runs off to give birth to and raise her child in secret (or at least, in secret from the government). As we can see in populations of undocumented immigrants, when people have to keep their life secret from the government, they often have to work for low wages, work dangerous jobs, and forego health care. Under these conditions, a “bad” parent would only become worse.

America’s race to license away people’s rights under the guise of public safety has gone too far. Alderman Lopez’s support for parenting licenses is significant because, although he knows it’s futile, it’s chilling that a lawmaker has genuinely and unapologetically proposed parental licensing to the public. The infant’s death was brutal and tragic, but tragedy cannot justify bad policy.

Brenée Goforth is a policy commentator based out of Raleigh, North Carolina. There, she works at a state-based think tank and is a contributor for Young Voices.