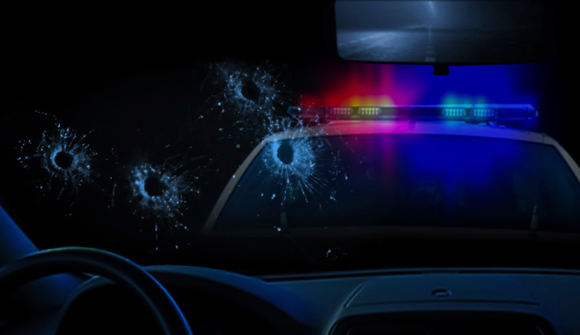 How can something be considered a crime if there is no victim?

This is a problem. You can go through life making sure you don’t hurt anyone, and still break the law. Wouldn’t that be great if you could simply base your actions on common sense and respect for the standards of a community?

Instead, people must also make sure they don’t do anything labeled wrong by the government. Of course, it is impossible to know all the multitude of laws which the government has created. And what they call wrong is not always intuitive, nor offensive.

The whole point of common law was to settle disputes in non-violent ways.

The problem with government statute law is it goes beyond resolving disputes. It includes enforcers trolling around looking for a statute that has been broken. There doesn’t have to be a victim. No one has to have been wronged by the legal breach.

These enforcers actually create conflict instead of resolving it. Their actions often lead to violent altercations, rather than deescalating disputes.

In an essay called “The Obviousness of Anarchy,” John Hasnas discusses the origins of common law, and how it was born out of anarchy. He says that clearly, no organized society can exist without governance.

But that does not necessarily mean it has to be organized by government.

Inevitably, there will be disputes between humans living in the same area. Hasnas argues that the best society possible is one where the entire governing structure exists exclusively to settle disputes.

Rule of law was born out of trying to peacefully solve disputes that might have otherwise erupted into violence. Common law is a collection of these outcomes. Others in similar predicaments can look to precedent to see what worked to avoid violent outcomes in similar past circumstances.

…common law provides us with rules that facilitate peace and cooperative activities. Government legislation provides us with rules that facilitate the exploitation of the politically powerless by the politically dominant. The former bring order to society; the latter tend to produce strife. Hence, not only is government not necessary to create the basic rules of social order, it is precisely the rules that the government does create that tend to undermine that order.

No Victim? No crime.

Courts consisted of respected members of a community who had been involved in previous conflict resolutions. They were therefore well equipped to suggest outcomes that had in the past avoided violence. Their job was to find an arrangement that satisfied both parties involved in the dispute.

English common law is, in fact, case-generated law; that is, law that spontaneously evolves from the settlement of actual disputes. Almost all of the law that provides the infrastructure of our contemporary society was created in this way. Tort law, which provides protection against personal injury; property law, which demarcates property rights; contract law, which provides the grounding for exchange; commercial law, which facilitates complex business transactions; and even criminal law, which punishes harmful behavior, all arose through this evolutionary process.

When it comes to criminal law, things get a bit more complicated. But none of those complications are avoided in the current legal system. They are actually exacerbated by having the same group make the laws, enforce the laws, prosecute the cases, and judge the cases. These are no longer disinterested third parties. They have many interests wrapped up in performing their jobs to satisfy bosses and colleagues rather than victims and people in dispute.

And it is further complicated by the fact that government has mixed arbitrary statute law with laws protecting actual victims.

But do we really need the government to know that murder is wrong, theft is wrong, and rape is wrong?

It is true that most of our current law exists in the form of statutes. This is because much of the common law has been codified through legislation. But the fact that politicians recognised the wisdom of the common law by enacting it into statutes, hardly proves that government is necessary to create rules of law. Indeed, it proves precisely the opposite.

Rape, murder, and theft were being punished before the government said they were illegal. Victims and their families naturally have an incentive to bring suit against people who have wronged them. And they have an incentive to do so through a neutral third-party, lest it devolve into a “Hatfields and McCoys” type family feud.

In common law, the entire point is to solve a problem. So the best solutions are more widely adopted.

But that doesn’t mean those solutions are universal best practices.

Cultures and communities have different values and standards. One culture may see picking an apple off a neighbor’s tree as trivial, while another may take the crime quite seriously. And it likely depends on whether it is a region where food is abundant or a society on the brink of starvation.

But even with different legal standards by region, obeying common law does not require years of legal study.

Understanding the traditional rules of common law requires only that one be a member of the relevant community to which the rules apply, not that one be an attorney.

Government legislation, in contrast, need have no relationship to either the understanding or the moral sensibility of the ordinary person.

It is still your responsibility to understand how rules differ from place to place.

Under common law, if you aren’t hurting anyone, you are probably fine. But you have to be more careful if you don’t know the cultural acceptance of, for example, picking apples that don’t belong to you.

By contrast, governments have arbitrary statutes that are not intuitive.

For instance, walking around town with an alcoholic beverage isn’t hurting anyone, but could be illegal depending on what town or state you’re in.

The same applies to carrying a concealed weapon, possessing marijuana, and taking your shirt off. None of these actions by themselves hurt anyone, but could very well be illegal.

Throughout his piece, Hasnas repeatedly tells readers to look around when it comes to evidence that things can, will, and do function just fine without government law in certain areas.

Business is contracted around the world among parties from virtually all countries. Although there is neither a world government nor world court, businesses do not go to war with each other over contract disputes.

…[I]nternational commercial disputes are effectively resolved without the government provision of courts. How can this be?

The answer is simplicity itself. The parties to international transactions select, usually in advance, the dispute settlement mechanism they prefer from among the many options available to them. Few choose trial by combat.

This is the main argument for why there would still be effective governance without government. Disputes, violence, and unpredictability threaten profits and wealth.

We don’t need legislatures: all law can be created through dispute resolution.

And we don’t need government enforcers. They create conflict by initiating violence when a statute has been violated, even when no victim exists.

The proper response to the claim that government must provide police services is: look around.

I work at a University that supplies its own campus police force. On my drive in, I pass a privately operated armored car that transports currency and other valuable items for banks and businesses. When I go downtown, I enter buildings that are serviced by private security companies that require me to sign in before entering. I shop at malls and department stores patrolled by their own private guards. While in the mall, I occasionally browse in the Security Zone store that sells personal and home protection equipment.

I converse with attorneys and, once in a while with a disgruntled spouse or worried parent, who employ private detective agencies to perform investigations for them. I write books about how the United States Federal government coerces private corporations into performing criminal investigations for it. When I was younger, I frequented nightclubs and bars that employed “bouncers.”

Although it has never happened to me personally, I know people who have been contacted by private debt collection agencies or have been visited by repo men. Once in a while, I meet people who are almost as important as rock stars and travel with their own bodyguards. At the end of the day, I return home to my community that has its own neighborhood watch.

The most important laws, the ones that actually protect people from harm, were not created by government.

The most effective courts which settle disputes without violence were not created by government.

And most current security which keeps us safe, investigates crime, and brings people to justice are not government forces.

It’s not about creating utopia. But we could have a society where aggression is extremely dangerous and unprofitable, whether the attacker is an individual, a corporation, or the police.