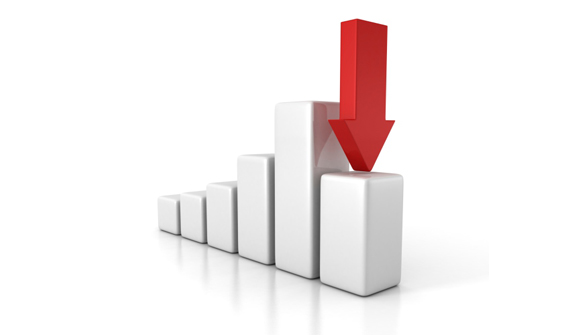 Greek turmoil and China worries spark market sell-off …The FTSE 100 suffered its second-heaviest fall this year, wiping £36bn off the value of the index … Political turmoil in Greece and worries about a violent swing in the Chinese stock market combined to spark a global sell-off in equities … In Greece, the ASE index tumbled 12.8pc, a plunge that was its worst one-day fall since the crash of 1987 and sent the rest of Europe sharply lower … Wall Street was also hit by the sell-off, with both the Dow Jones Industrial Average and S&P 500 down as much as 1.3pc. A sharp reversal in the Chinese stock market was one of the triggers for the turmoil. – UK Telegraph

Dominant Social Theme: These are but glitches within an otherwise successful bull market of epic proportions.

Free-Market Analysis: The contradictions of the current "bull" market worldwide are catching up with the averages. Call it an equity "cognitive dissonance."

Understandable turmoil in Greece combined with the puncturing of an "exuberant" Chinese stock market caused a sudden global selloff.

The Shanghai Composite Index, which until on Tuesday had surged more than 30pc in the past six weeks in an exuberant rally, swung violently ahead of the market opening in London, a sudden move that unnerved investors.

Having risen as much as 2.4pc, the index closed 5.4pc lower – its biggest fall since August 2009 – amid huge trading volumes after authorities said that riskier bonds could not be used as collateral for some short-dated loans, a measure that also hit the yuan.

"It is never a great start to the trading session when you have such a big intra-day swing," Deustche Bank strategist Jim Reid said of the stock market reversal.

Greece was another cause for concern amid fears the anti-bailout Syriza party, which is currently ahead in opinion polls, could soon sweep to power. Antonis Samaras, the prime minister, called a snap presidential election, a move that could mean parliamentary elections are held in January, which was earlier than investors had expected.

Worries that Syriza could scrap the nation's austerity policies sent Greek 10-year bonds yields spiking to 8.09pc, well above the 7pc "crisis level" that investors viewed as unsustainable during the depths of the eurozone debt crisis.

Shore Capital analyst Gerard Lane said there were now renewed worries about "contagion" from Greece to other European peripheral nations.

As a result, gold was in demand as investors shunned riskier equities and sought refuge in safe-haven assets.

Gold was actually up about two percent, which tells us that slump was not expected. Those involved in trying to maintain high global equity averages, especially central bankers, would never willingly let the yellow metal rise aggressively, as it did yesterday.

But the larger question is whether these obviously boosted markets can continue to make headway. This brings up some larger, baffling questions.

We've pointed out in the past that various regulatory and monetary initiatives have combined to cause what we call The Wall Street Party.

This party is long in the tooth, but recently we've presented evidence that the same individuals and groups that helped elevate stock markets these past five years are busy presenting a new meme designed to show these markets were not nearly so ancient as scrutiny of the apparent timeline would suggest.

What we presented was evidence from several important, mainstream media columnists that markets, especially US markets, were actually quite "young" from a technical standpoint, as they had not yet reached significant higher highs but had only retraced previous progress.

We find such reasoning fundamentally flawed because no matter what argument you use, these markets have been moving up for five or six years in a fairly steady fashion. Markets, historically speaking, have ceased to move up after such a time period and either consolidated or retreated, sometimes violently.

We are therefore being asked to believe in a historical anomaly if we choose to believe that these markets can sustain the current pace for another three, four or five years.

It's been our considered opinion, based on decades of market-watching, that this fiat bull has about another year or two at best. After that, not even the most aggressive money stimulation may be able to save it.

The reason that money-printing will not work after a certain point is because you cannot "push" on a proverbial string. If investors don't want to borrow and buy – let alone invest – then the availability at low interest rates of billions and trillions of dollars won't make much of a difference. The animal spirits of the market will remain retarded.

There is evidence this is taking place, certainly in Europe. Britain and the US have responded more energetically to money printing and the upper levels of society are virtually swimming in money.

Expensive apartments, yachts and other high-end assets have surged in price. Fiat "supermoney" has fattened stock and bond markets and swelled the portfolios of the super rich.

The progress being made by elites and upper middle classes is trumpeted endlessly in the mainstream media as evidence that the economy is "improving." In fact, it is only swelling into another bubble that will eventually collapse. But the mainstream media, desperate as it is, will treat all of these transient bubbles as part of a larger, central-bank dominated recovery.

The question going forward is for how long those running the current monetary and investing environment can keep the proverbial balls in the air.

We've been surprised that the current environment has lasted so long, but we don't underestimate the tools or determination of those who want further stock market higher highs.

There are plenty of ways that stock averages can continue to be supported in the short term. The bigger question is when and how the next stock market collapse may take place.

It would obviously be when monetary expansion slowed or stopped but the timing remains unclear. Can averages be sustained and expanded for another two or three years despite the reality of the continued Western collapse?

Can Western indexes continue to be massaged in a positive direction when the reality is exactly the opposite?

Can China sustain its increasingly tattered faux boom when the economic tools being used to push averages higher and higher are showing evidences of wear and strain?

These are fundamental questions and ones we have no definitive answers for. We do believe equity markets are being aggressively manipulated, but we certainly don't know for how long such manipulations can bring the requisite result.

We figure this market runs another year, maybe two most optimistically. We do believe that massaged averages and money printing can have an expansive and continuing impact on markets, but eventually even the most manipulated enterprises cease to be responsive.

Our conclusion is that markets can grow more choppy and uncertain without a definitive crash in the near term. In the longer term, the possibility of Black Swan events becomes continually more certain.

Hedge, diversify, allocate and pick and choose your investment opportunities, especially IPO possibilities. The longer these markets run, the more uncertain they become.

We figure the uncertainty could build throughout next year without causing a definitive retrenchment, though, of course, it could happen faster than that.

In any event, there are investments to make and profits to be had, but please keep your wits about you. After all, it could all end tomorrow … Or maybe not!