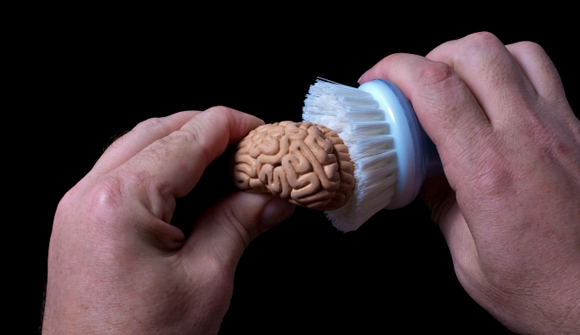 The U.S. government has become a master of deceit.

It’s all documented, too.

This is a government that lies, cheats, steals, spies, kills, maims, enslaves, breaks the laws, overreaches its authority, and abuses its power at almost every turn; treats its citizens like faceless statistics and economic units to be bought, sold, bartered, traded, and tracked; and wages wars for profit, jails its own people for profit, and has no qualms about spreading its reign of terror abroad.

Worse, this is a government that has become almost indistinguishable from the evil it claims to be fighting, whether that evil takes the form of terrorism, torture, drug trafficking, sex trafficking, murder, violence, theft, pornography, scientific experimentations or some other diabolical means of inflicting pain, suffering and servitude on humanity.

With every passing day, it becomes painfully clear that this is not a government that can be trusted with your life, your loved ones, your livelihood or your freedoms.

Just recently, for example, the Pentagon was compelled to order a sweeping review of clandestine U.S. psychological warfare operations (psy ops) conducted through social media platforms. The investigation comes in response to reports suggesting that the U.S. military has been creating bogus personas with AI-generated profile pictures and fictitious media sites on Facebook, Twitter and Instagram in order to manipulate social media users.

Of the many weapons in the government’s vast arsenal, psychological warfare (or psy ops) can take many forms: mind control experiments, behavioral nudging, propaganda.

In the 1950s, MK-ULTRA, the mind control program developed under CIA director Allen Dulles as part of his brain warfare Cold War campaigns, subjected hundreds of unsuspecting American civilians and military personnel to doses of LSD, some having the hallucinogenic drug slipped into their drinks at the beach, in city bars, at restaurants.

The CIA spent nearly $20 million on its MKULTRA program, reportedly as a means of programming people to carry out assassinations and, to a lesser degree, inducing anxieties and erasing memories, before it was supposedly shut down. Yet as journalist Lorraine Boissoneault concludes, “Despite MK-ULTRA violating ethical norms for human experiments, the legacy of brainwashing experiments continued to live on in U.S. policy.”

Fast forward to the present day, and it’s clear that the government—aided and abetted by technological advances and scientific experimentation—has updated its psy ops warfare for a new era. For instance, the government has been empowered to use its ever-expanding arsenal of weapons and technologies to influence behaviors en masse and control the populace.

Add the government’s inclination to monitor online activity and police so-called “disinformation,” and you have the makings of a restructuring of reality straight out of Orwell’s 1984, where the Ministry of Truth polices speech and ensures that facts conform to whatever version of reality the government propagandists embrace.

We’ve already seen this play out on the state and federal level with hate crime legislation that cracks down on so-called “hateful” thoughts and expression, encourages self-censoring and reduces free debate on various subject matter.

The end goal of these mind-control campaigns—packaged in the guise of the greater good—is to see how far the American people will allow the government to go in re-shaping the country in the image of a totalitarian police state.

The government’s fear-mongering is yet another key element in its mind-control programming.

It’s a simple enough formula. National crises, global pandemics, reported terrorist attacks, and sporadic shootings leave us in a constant state of fear. The emotional panic that accompanies fear actually shuts down the prefrontal cortex or the rational thinking part of our brains. In other words, when we are consumed by fear, we stop thinking.

Fear not only increases the power of government, but it also divides the people into factions, persuades them to see each other as the enemy and keeps them screaming at each other so that they drown out all other sounds. In this way, they will never reach consensus about anything and will be too distracted to notice the police state closing in on them until the final crushing curtain falls.

This Machiavellian scheme has so ensnared the nation that few Americans even realize they are being brainwashed—manipulated—into adopting an “us” against “them” mindset. All the while, those in power—bought and paid for by lobbyists and corporations—move their costly agendas forward.

This unseen mechanism of society that manipulates us through fear into compliance is what American theorist Edward L. Bernays referred to as “an invisible government which is the true ruling power of our country.”

It was almost 100 years ago when Bernays wrote his seminal work Propaganda:

“We are governed, our minds are molded, our tastes formed, our ideas suggested, largely by men we have never heard of… It is they who pull the wires which control the public mind.”

As I point out in my book Battlefield America: The War on the American People and in its fictional counterpart The Erik Blair Diaries, to this invisible government of rulers who operate behind the scenes—the architects of the Deep State—we are mere puppets on a string, to be brainwashed, manipulated and controlled.

For years now, the powers-that-be—those politicians and bureaucrats who think like tyrants and act like petty dictators regardless of what party they belong to—have attempted to brainwash us into believing that we have no rights: to think for ourselves, make decisions about our health, protect our homes and families and businesses, act in our best interests, demand accountability and transparency from government, or generally operate as if we are in control of our own lives.

Well, the government is wrong.

We have every right, and you know why? Because, as the Declaration of Independence states, we are endowed by our Creator with certain inalienable rights—to life, liberty, property and the pursuit of happiness—that no government can take away from us.

It’s time we started reminding the government that “we the people” are the ones in charge.