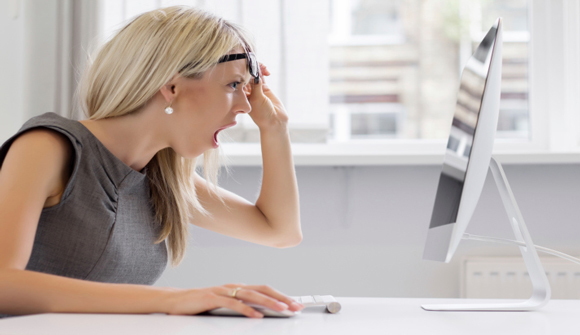 John McCain doesn’t regret calling anti-war protesters “low-life scum” … Sen. John McCain, R-Arizona, offered no apologies on Sunday for his scolding of anti-war protesters during a Senate hearing this week, calling the demonstrators “terrible people” who deserved what they got. The protesters disrupted a hearing of the Senate Armed Services Committee hearing on Thursday, calling for former Secretary of State Henry Kissinger, who was testifying at the hearing, to be tried for war crimes. – CBSNews

Dominant Social Theme: These demonstrators ought to be tried in aggregate for treason.

Free-Market Analysis: The recent verbal confrontation between McCain and members (in particular) of the activist group Code Pink illustrates how the Internet works. We are reminded again why isolation and ridicule of target groups is often counterproductive in the 21st century.

McCain, when confronted by protests, “lashed out, saying he’s ‘never seen anything as disgraceful and outrageous and despicable as the last demonstration that just took place.’ ” He then warned, “You’re going to have to shut up, or I’m going to have you arrested. … Get out of here, you low-life scum.”

On Sunday, the article tells us, McCain said “he would not handle the incident any differently, given another chance.” More:

“These people were physically threatening Henry Kissinger,” he explained. “I’m used to people popping up at these hearings and yelling and then they’re escorted out. That’s at least some version of free speech. These people rushed up. They were right next to Henry Kissinger waiving handcuffs at him.

“He’s a 91-year-old man with a broken shoulder who was willing to come down and testify before Congress to give us the benefit of his many years of wisdom,” McCain added. “Of course I was outraged, and I am still outraged.”

In the 20th century, McCain might have the final word. In fact, the incident might not have been reported at all, depending on the time period. But in the 21st century, McCain’s actions received widespread publicity and Internet feedback and chat rooms provide ample facilities for rebuttal. The CBS feedback provides an example of how this works.

For instance, feedback alluded to McCain’s behavior as a prisoner of war in North Vietnam where he may have provided the North Vietnamese with a good deal of intelligence information.

There was general criticism:

McCain’s sanity has been at issue for some time. Long before he chose Palin as his running mate, though that was enough for most people to see the writing on the wall. Now he defends a war criminal, and bashes the true Americans who are only exercising their rights. If ever we needed substantiation for term limits, this could be it. Our representatives are out of touch, and catering to the wrong people.

There were comments about the war:

We lost 58,196 young American lives with many more maimed in Vietnam and Kissinger or any of the other old politicians that involved us in Vietnam has never explained why. If these people are going to get us involved in situations where American lives are lost, they should at least be willing to step up and be accountable.

There were historical perspectives on the US entrance into the war:

Historians have long suspected that the second attack in the Gulf of Tonkin never occurred and that the resolution was based on faulty evidence. But no declassified information had suggested that McNamara, Johnson, or anyone else in the decision-making process had intentionally misinterpreted the intelligence concerning the 4 August incident. More than 40 years after the events, that all changed with the release of the nearly 200 documents related to the Gulf of Tonkin incident and transcripts from the Johnson Library.

These new documents and tapes reveal what historians could not prove: There was not a second attack on U.S. Navy ships in the Tonkin Gulf in early August 1964. Furthermore, the evidence suggests a disturbing and deliberate attempt by Secretary of Defense McNamara to distort the evidence and mislead Congress.

McCain obviously intended to defend Kissinger and the conduct of the war generally. He also wished to ridicule those making the protests. But this kind of polarization is often ineffective in the 21st century when people have access to alternative perspectives on history and the wherewithal to make those perspectives known.

One can, of course, remove feedback facilities as papers such as The New York Times has done. But this is actually a fairly ludicrous option given the ability of the Internet to provide almost instantaneous responses. Additionally, readers are likely to migrate to more open forums where they can receive both sides of the story.

The comments reproduced above appeared on the CBS website itself, a mainstream media outlet if there ever was one. McCain inadvertently provided a platform for a continuation of the very criticisms that he was reacting to.

The Internet Reformation can be seen at work here, visibly providing proof that the kinds of rhetorical attacks that might have worked in the 20th century often have less chance of being effective in the 21st and indeed may exacerbate issues that in the past may have been easier to ridicule and remove.