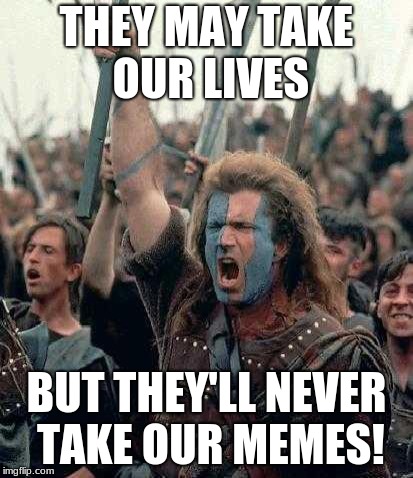 If there is one thing freedom lovers are good at, it is making memes. As the meme wars rage on, it becomes ever more apparent that collectivists are sorely outgunned.

The left can’t meme. So lovers of government do what they always do when they don’t get their way: try to get a law passed.

If article 13 of new EU copyright protections passes, it could mean the death of memes and even GIFs.

The rule would more strictly protect copyrighted material. So if a still shot of a movie scene was depicted in memes, that would be copyright infringement.

Even a copyrighted poster in the background of an uploaded video could violate the rule as it currently reads.

GIFs that depict movie scene would also be at risk, and so would parodies.

The proposed regulation will force websites to filter out text, audio, photos and video shared by users against an ever-expanding database of copyrighted works.

Beyond memes, the law could — for example — impact still or moving images that contain copyrighted music or posters in the background.

The regulation is the EU’s stab at restructuring copyright law for the internet age in an effort to protect digital rights holders like record labels, photo agencies and film studios.

This also means holding websites accountable for what users post. The responsibility would on the website to filter out any copyrighted material.

So Facebook, for instance, will have to hire an army of people or implement expensive software solutions. Big deal, they can afford it.

But smaller websites cannot afford an army of lawyers and AI filtering mechanisms. This basically ensures that the big players that currently exist will face no competition from small new upstarts.

As usual, this regulation will hurt the small business much more than it hurts the big ones. In fact, this could be a net benefit for big established businesses, as it cuts out their competition.

The European Union has taken the first step in passing new copyright legislation that critics say will tear the internet apart.

This morning, the EU’s Legal Affairs Committee (JURI) voted in favor of the legislation, called the Copyright Directive. Although most of the directive simply updates technical language for copyright law in the age of the internet, it includes two highly controversial provisions. These are Article 11, a “link tax,” which would force online platforms like Facebook and Google to buy licenses from media companies before linking to their stories; and Article 13, an “upload filter,” which would require that everything uploaded online in the EU is checked for copyright infringement.

If there is one thing that will spur internet people to action, it is a threat to memes.

The new laws are being sold as updates for the internet age, but this couldn’t be further from the truth. A free and open internet is the future. So strictly enforcing copyright rules will only trample free speech rights, raise costs, and ensnare unwitting violators. Restricting linking without a media license is just as absurd. It shows the people writing these laws lack a basic understanding–or utterly disregard–for how the internet functions.

And worst of all for EU residents, this might just make some web platforms block traffic from that region altogether. Why bother taking the risk, and dealing with the cost of compliance?

If you do live in an EU country, check out this website to take action on stopping this terrible law.

Coincidence that the left doesn’t know how to meme? I think not. 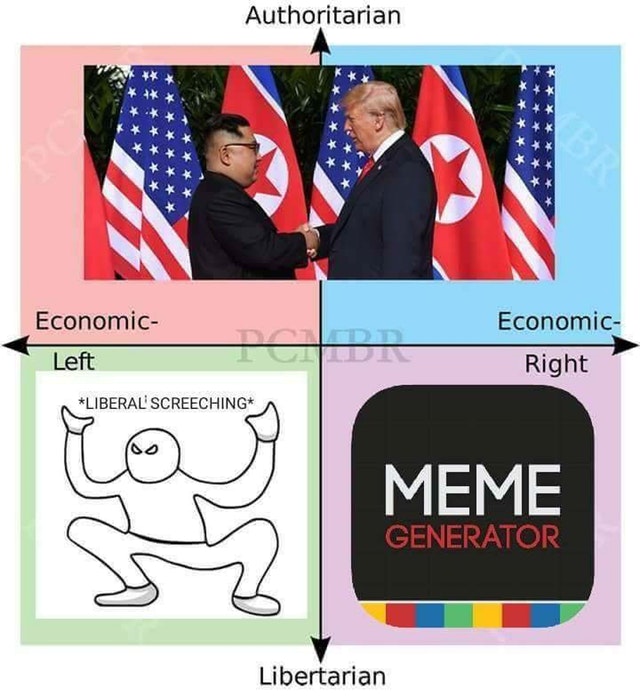