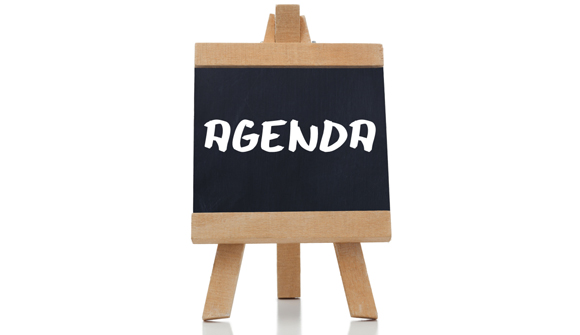 Here's the big news from Tuesday's election: Faced with gridlock in Washington, more and more voters are turning to states and municipalities to do the work that the nation's capital seems increasingly unable to do. – Michael Bloomberg/Bloomberg editorial

Dominant Social Theme: This election shows us how deeply the American people are involved in their political system. More than they can say. A great mayor tells us so.

Free-Market Analysis: Somehow Michael Bloomberg has taken yet another repudiation of the US sociopolitical system and turned it into an endorsement.

Reports indicate that the turnout for midterm elections in the US was fairly abysmal and follows a pattern of continual voter disengagement. And the voting that did take place focused relentlessly on removing congressional support from the activist Obama administration.

It seems that Obamacare, which has stripped yet more independence from health care consumers, is not so well received after all. And Obama's determination to basically legalize tens of millions of immigrants may have been at least partially undermined by this election.

That's certainly not the message that Michael Bloomberg comes away with from this recently concluded election that has given Republicans full control of Congress.

Bloomberg has somehow concluded that the electorate's obvious disgust with what's taking place politically is merely a concealed passion for more and better politics!

And because people are not experiencing enough command-and-control from DC, he figures people are turning to state and local governments for more liberal applications of the lash. It's really an incredible theory. Yet the three-time mayor of New York advances it seriously. Here's more:

As a strong believer in the idea that cities and states are the laboratories of democracy, I share their determination to act. This fall, I supported state-level efforts on several ballot measures designed to bypass Washington on three major issues that are hurting the country: gun violence, obesity and political polarization.

… In Washington state, an organization I helped found, Everytown for Gun Safety, worked with local advocates to pass a ballot measure requiring a background check for all gun sales, a step 16 states have already taken. In those states, the rates of gun trafficking and gun suicides are half of what they are in states that don't require universal background checks. The vast majority of Americans support this common-sense step, but the gun lobby has fought it tooth-and-nail – both in Congress and in states.

The gun lobby, however, has an easier time scaring members of Congress than it does scaring voters. In Washington, we worked hard to get out the facts and to bring voters to the polls. The measure passed with 60 percent of the vote, and the state will be safer for it.

In Berkeley, California, I backed local efforts to pass a one cent per ounce tax on sugary beverages. Economists will tell you that if you want less of something, tax it. Hence high taxes on cigarettes. Sugary drinks are a leading contributor to obesity, which contributes to millions of deaths – and untold suffering – every year. Taxing sugary drinks, in addition to reducing consumption, will lead the beverage industry to produce more products that are low in sugar.

The soda industry has successfully fought efforts to tax and regulate sugary drinks in the U.S., and although it spent heavily to defeat the measure, voters weren't fooled: 75 percent endorsed the measure. If it works, we should expect other cities and states to follow.

This is pretty incredible, isn't it? His idea is that the activism that citizens crave has to do with lowering soda consumption among their friends and neighbors, and using local government to do it. Does Bloomberg really believe that voters are frustrated because fedgov has not acted to reduce or ban soft drinks?

Later on, Bloomberg reveals what we consider to be his larger agenda as follows:

Of course, you can't win them all. I backed efforts in Oregon to switch from a system of closed party primaries – where only party members may vote – to an open "top two" system.

Part of the purpose of a top two primary, which voters in California and Washington have adopted, is to push candidates toward the center by forcing them to compete for independent voters — not just party loyalists.

The partisan primary process, in which candidates race to the extreme left or extreme right, is a big reason Washington, D.C., is so dysfunctional. Unfortunately, the political parties weren't too happy with this measure and succeeded in bringing it down.

This is a concept that Bloomberg has been flogging for years. He actually wants to remove the "politics" from politics. It's a technocratic idea, of course. The best PERSON should run for office.

Bloomberg concludes the article by writing of his hope that the president can "forge compromises" with Republicans. He adds, "We can't give up on Washington – there is no substitute for national action on many issues – but we can't afford to wait for it, either."

Yes we can! Bloomberg's technocratic solution is a non-starter here as in Europe. People are trying to get away from the status quo; elections and opinion polls regularly show us that. They're not searching for candidates that will perpetuate it competently. That Bloomberg can seriously advance such an argument shows us once again, in this Internet era, how out of touch leading elites have become in their own societies.

Unfortunately, this does not mean they will give up, only that – further frustrated by failure of memes that worked well in the 20th century – they will turn to more extra-legal and even violent methods to implement increasingly internationalist agendas.

Protect yourself. Protect your assets. Attempt to protect your communities from this sort of obvious and dysfunctional agenda.

It is one of coercion rather than freedom.