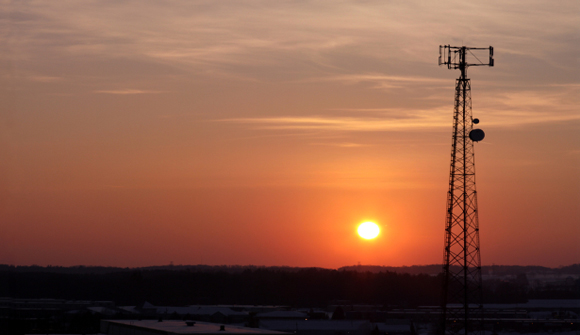 More Hole in the ozone layer is finally ‘healing’ … Chlorine reacting with these beautiful stratospheric clouds over Antarctica is the cause of the hole in the ozone layer (Cynthia Spence/NSF) The ozone hole over Antarctica is finally “healing” almost 30 years after the world banned the chemicals responsible for its creation, researchers say.  – ABC

So the Ozone hole is finally healing. Hallelujah.

Here’s a statement reported in the article excerpted above from “ozone hole expert” Professor Susan Solomon:

Professor Solomon said the discovery, published in Science, lent hope for the fight against climate change.  “The ozone example shows that when people engage with environmental problems, policymakers have a basis for making choices,” she said.

“The world decided to take an action on these chemicals, and the planet is responding as we expected. People can take heart by seeing that our choices can help the environment.”

We can see from her statement that humans can take action to make the environment better.

In other words, if government passes the right laws, then the planet can benefit.

… Professor Solomon, from the Massachusetts Institute of Technology, said the hole still averages about 17 million square kilometres in size.  “It isn’t completely healed, but it’s better than the 21 million we had around 2000,” she said.

CFC’s were phased out in 1987, but as they float around in the atmosphere for years, any impact must be measured over decades.

Solomon’s optimism was echoed by Dr. Olaf Morgenstern of NIWA in New Zealand.

The article quotes him as saying, “This new research is consistent … with model projections which indicate a gradual healing of the ozone hole and its disappearance in the second half of this century.”

What’s strange about this statement, from what we can tell, is that the hole is supposed to be there.

It’s not supposed to shrink away entirely.

HERE, from Knowledge Drift; The Science of Human Error:

Ozone; The hole that always was … I’ve explained the Ozone layer so many times on other people’s blogs that I finally decided to write it up on my own blog so I could just point at it.

There’s an assumption that people make that the famous Ozone holes are man made.  While some pollutants can in fact destroy Ozone, the holes themselves are in fact natural.

So what about the Ozone holes over the poles?  They’re supposed to be there.

The article adds that “NASA is keeping close tabs on the Ozone hole in the Antarctic.”

If so, and if the hole is naturally occurring and will never “heal,” then NASA should step in and correct the misstatements of Professors Solomon and Morgenstern.

Of course, NASA won’t do so because the ozone-layer “hole” was surely environmental propaganda designed to signal to people that their casual use of various substances could destroy the earth.

Conclusion: Additionally, the point was to be made that government had to step in and ban the substances in order to “save” the ozone layer. More dominant social themes asserting the responsibility of government bureaucrats in the face of irresponsible human consumption. The lying is pervasive and continual.