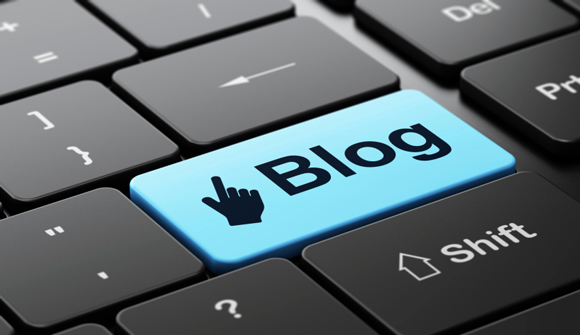 Why are interest rates so low? … The Fed's ability to affect real rates of return, especially longer-term real rates, is transitory and limited. Except in the short run, real interest rates are determined by a wide range of economic factors, including prospects for economic growth—not by the Fed. – Ben Bernanke's Blog

Dominant Social Theme: Let us be educated about money by the fellow who made it.

Free-Market Analysis: Ben Bernanke was once among the most powerful men on the planet because of the monetary control he exercised as chairman of the Federal Reserve.

Now he is not quite so powerful, but apparently he is prepared to be a good deal more informative. He has started a blog and the first real commentary made on the blog deals with interest rates.

Apparently Bernanke feels the need to justify low rates, which have likely all-but-bankrupted a generation of seniors who were told that Treasury bonds and bond funds were among the safest investments possible, especially for those approaching retirement.

That's turned out to be something of a chimera and presumably Bernanke has been exposed to considerable personal and professional criticism as a result.

But like many people, Bernanke apparently doesn't like to be blamed for things he believes are beyond his control.

Low interest rates are not a short-term aberration, but part of a long-term trend. As the figure below shows, ten-year government bond yields in the United States were relatively low in the 1960s, rose to a peak above 15 percent in 1981, and have been declining ever since. That pattern is partly explained by the rise and fall of inflation, also shown in the figure. All else equal, investors demand higher yields when inflation is high to compensate them for the declining purchasing power of the dollars with which they expect to be repaid. But yields on inflation-protected bonds are also very low today; the real or inflation-adjusted return on lending to the U.S. government for five years is currently about minus 0.1 percent.

Most of the column is devoted to buttressing this point of view – that the Fed is only one actor among many and has no great power to influence monetary policy except in the short term. In the longer term, the "market" itself will have its way.

The trouble with this perspective is that Western economies are generally controlled and manipulated. Bernanke is treating the larger economy as if it is an unimpeded evolution of "free markets." It is not.

We've long pointed out some of the major ways that Western economies are manipulated. Intellectual property rules, corporate personhood and monopoly central banking all conspire to create a kind of system that is commonly known as "capitalism."

Bernanke in his column and probably in his blog is not concerned with these larger manipulations – nor might he even acknowledge them as such. But they are certainly important because the very largest players in the bond market are corporate ones. In other words, absent the current system, the instrumentalities that Bernanke takes for granted might not even exist.

More importantly, the Fed and other central banks are responsible for printing money. And the volume of money ultimately drives interest rates. Bernanke doesn't exactly say it, but one reason for the constant downward drift of interest rates involves the incredible amount of money printing that has been taking place for decades.

Those who want to defend the current system will point out that it is governments that are doing the irresponsible spending and facilities like the Fed are only printing money in response to the spending needs they are charged with filling.

But this begs the question: Modern legislatures would not be able to spend with abandon without modern central banks. The system is self-perpetuating and to deny that the central banks – especially the Fed – play a big role in the economy at all levels seems more than a little unrealistic.

Toward the end of the blog, Bernanke grapples directly with the issue of senior citizens and the accusation that he had "thrown them under the bus." His answer: "A premature increase in interest rates engineered by the Fed would therefore have likely led after a short time to an economic slowdown and, consequently, lower returns on capital investments."

In other words, if the Fed hadn't provided monetary juice, the economy would have fallen further and senior citizens would have suffered even more. He also again elaborates on the Fed's inability to buck the market. The Fed, he indicates, needs to set short-term rates realistically: He and the others are only doing what the market tells them to do.

The state of the economy, not the Fed, is the ultimate determinant of the sustainable level of real returns. This helps explain why real interest rates are low throughout the industrialized world, not just in the United States.

If this were actually true, why are central banks even needed? To cushion economic shocks? In fact, clearing houses provided that service before the aggressive centralization of the current monetary system.

Bernanke makes a convincing argument so long as one doesn't question the underlying assumptions of his explanations. But if one looks at the reality of the modern economic world it becomes abundantly clear that it is almost entirely an artificial entity and that central banks are among its driving forces

Mr. Bernanke wants us to believe that the Fed especially is merely a struggling facility that tries its best to boost the economy while keeping down price inflation. Thus, this first blog column seems to us to be as promotional as it is informative.

He concludes by writing, "What features of the economic landscape are the ultimate sources of today's low real rates? I'll tackle that in later posts."

We'll continue to follow his blog but based on this post, the information offered will provide as much argumentation as information.