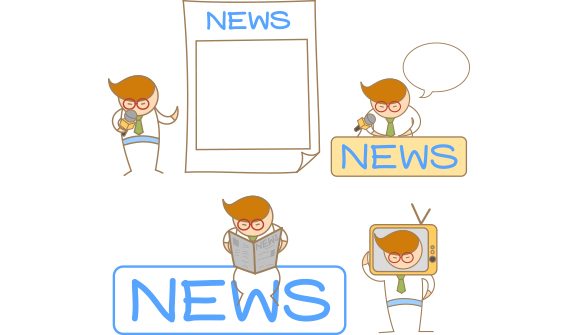 Katie Couric isn't happy about gossipy new direction for 'Katie,' say insiders … A planned shift to more gossip on 'Katie' does not sit well with star Katie Couric, say insiders. Katie Couric's talk show, "Katie," is taking a turn in the wrong direction — according to her, anyway. Confidenti@l has learned the syndicated daytime show will be "gossip-centric" in its second season, since a behind-the-scenes shakeup replaced executive producer Michael Morrison with "The Tyra Banks Show" executive producer Rachel Miskowiec. Couric, who is also a co-executive producer on the show, is upset at being "dumbed down," a source says, and was set on calling it quits after season one. Then Miskowiec arrived and promised a nice middle ground of hard-hitting news and softer fare — but count on it being more on the light side, says our source. – NY Daily News

Free-Market Analysis: Ms. Couric once anchored one of the most important news programs in the US, and thus in all the world. She is a reporter of consequence, even if she is not consequential at all.

She rose to prominence as "perky" Katie on the "Today Show," first as a second fiddle and then as the Big Banana. She was so perky that it was deemed she could become the first anchor of a Big Three Prime Time newscast. We remember the hoopla surrounding THAT.

Issues included how much "leg" Katie would show and how the "news" would be reconfigured to best present her "talent" for human-interest stories. But in the end, neither Couric's glorious gams nor her ability to engage subjects empathetically helped.

Her news show started high and ended up in third place for years. She was unable to extricate it and thus is now struggling to deal with a "gossipy" news show to which her career has been relegated.

"If there is one thing Katie hates more than being called 'perky,' it's being called 'tabloid,' " our source says. "She thinks of herself as a serious journalist, covering stories that make a difference. She's fighting this."

Couric has made it clear she wants to be taken seriously at work, and at the studio she has even made fun of our culture's obsession with celebrity. "Katie comes from a world of TV journalists that think appealing to the lowest common denominator — celebrity — is cheap," the source says.

"Jerry Springer-type TV is not something she is interested in. Anderson Cooper vowed to do the same. He hated covering gossip. He even refused to say the name 'Paris Hilton' on TV, and look what happened to his daytime TV show — it got canceled."

The new plan for Couric's show — which airs locally on ABC — will involve a healthy dose of gossip, fashion and pop culture segments, our source says, adding that gorgeous talking heads will drop by to weigh in with Couric. While that might not be ideal for Couric, our insider says, "She's also got brains, so for the show to work, she needs to do it."

Ironically, when the cameras are off, no one likes gossip more than Couric, our insider says. "She knows who is dating who, who is looking for a new job, everything. She reads celebrity websites and can name all of Brad and Angie's kids, yet on camera it just makes her cringe," the source laughs. "She is worried about what Matt Lauer and Diane Sawyer will think. She worked hard to be taken seriously."

Articles like this emphasize the growing divide between mainstream and alternative media.

Alternative media grapples with issues of the growth of Leviathan around the world and the obvious growing danger that serious reporters are in. Increasingly, mainstream Western media does not.

And that disconnect is the really serious issue.