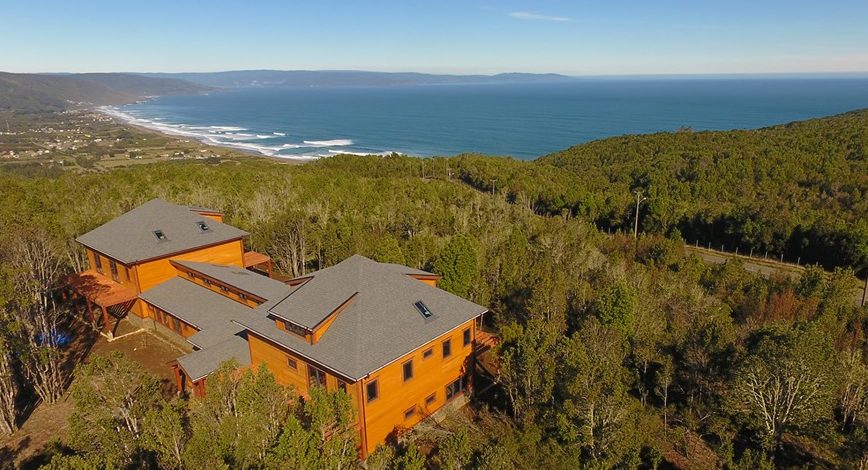 STAFF NEWS & ANALYSIS
Neighbors Suck? Try These Ones Instead!
By Kevin Bloom - September 20, 2019

The future of freedom may already be here, in the form of a vast tract of land overlooking the Pacific Ocean.

Fort Galt has put those things together to create something almost completely different.

Fort Galt is an intentional community made up of entrepreneurs, libertarians, and free-market conservatives. They range in age from the 20’s to the over 60’s, some have kids and some don’t. You should always try before you buy, the founders are willing, nay, eager to meet new friends and happy to talk to you. If you like each other’s opinions, why, you MAY have a match! If you like the idea of living on a forested hill overlooking the Pacific, in a very small town atmosphere but not far from a city, you’ll have the location benefit too.

Gabriel Scheare was one of the first founders, he met the others at the Exosphere conference in Chile, which was all about start-ups. The other founders are Patrick White, Luke Crowley, and Cristobal Tornero. Gabriel came down to Chile from Vancouver to check out an ill-fated venture in Curacavi, where he volunteered until it became clear that the whole thing was a massive scam. The idea behind keeping even the “Galt” part of the name in “Fort Galt” was to rehabilitate it, since it was too valuable to let a pair of scammers darken it.

The initial plan of Gabriel’s was to find an old barn and fix it up, and then buy pods from a Chinese company, like those you might see in a Tokyo airport, or now in LA. He even sold three pods, until Stripe decided they wanted no part of pods or utopian communities in barns, and killed that idea dead. Stripe, like Paypal, is a privately-owned payment processor. They can, and do, decide to ban purchases of things they don’t like, even if they don’t tell you ahead of time. And essentially then you’re just screwed. Onward.

Fort Galt is a massive undertaking, and fortunately for them, they found a landowner who not only liked what they were doing, but worked with them on timing AND already had the lots surveyed and platted, plus the deed restrictions and association language. The landowner’s former business partner had planned an eco-community there, but died in 2009, leaving the plans but halting the project. The owner was one of those happy coincidences that you only get by trudging around vacant land in the mud, during winter. That separates the looky-loos from the serious minded…

The founders told the real estate broker that they had a budget, but fortunately she ignored them. Which is how they ended up looking at a 100 acre site 24 kilometers from Valdivia, way up the hill. The owner had already put in 20 wells and a water tower, and a new road was being built with power being installed. Then there was the starting of a massive project on a shoestring, which many of you may be familiar with.

The founders, not rich but determined, used a very creative financing method. They built in stages, with milestones to be met before partial payments were due. They hired an architect to meet Chile’s very strict anti-earthquake building codes and did much of the design work themselves.

Today, Fort Galt is visited by local building professionals as an example of NextGen cutting edge building techniques. From the beginning, they let the new members know that prices could and would probably go up, but they gave the option to cancel and get a refund. Some did.

Begun in 2014, in 2019 Fort Galt is substantially complete. The community center (shown in photo) is finished, the lots are surveyed, the property is subdivided, and about half the lots (24 of 60) have been sold, along with 14 of the 23 Community center units. The Community Center has units ranging in size from studio/office of 68 square feet to larger rooms of 1112 square feet, with dual balconies.

Early movers are already living in and around the area, and construction of homes on the individual lots is in progress. Seasons are reversed in the Southern Hemisphere, so Spring is just beginning. Fort Galt welcomes visitors, and you should check out their website!

Next time I’ll discuss an even smaller version of Fort Galt, that is already being copied by other entrepreneurs!